Yeah, yeah, I know, I have lots of models which I started but I don't have time or nerves to finish them :( My education is failed, too. This is an one only help - I'm looking for a job :D

I will be happy if I find employment at game designing but I am Polish - there is no job to make me fear :P I have only few requirements:

Such a mobilization should allow me to wake up and start my career as uber imba modeller. Maybe I'll become "Junkie Lion Millionaire" (below) :D By the way.. lions... there are lions and levs. 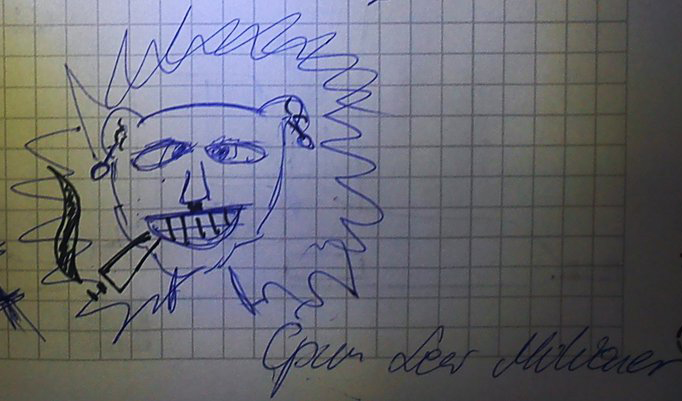 Don't cry - I'm gonna comfort you with my drawings :D Meanwhile, I will learn a lots of tricks etc. I am overtasked . This is madness? No, this is Sparta? :D No, this is... I don't say it! ;p 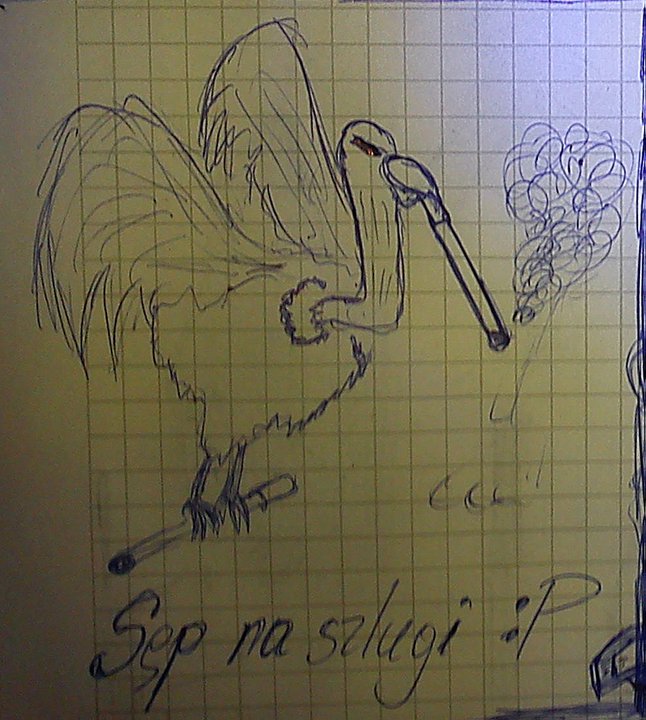 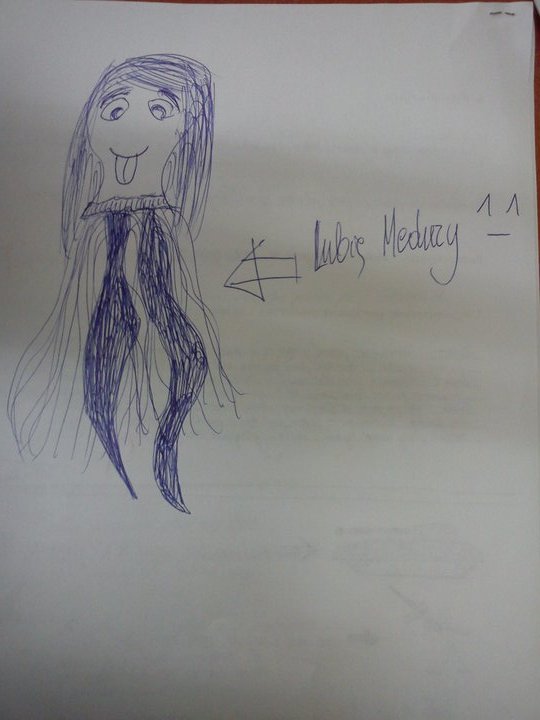 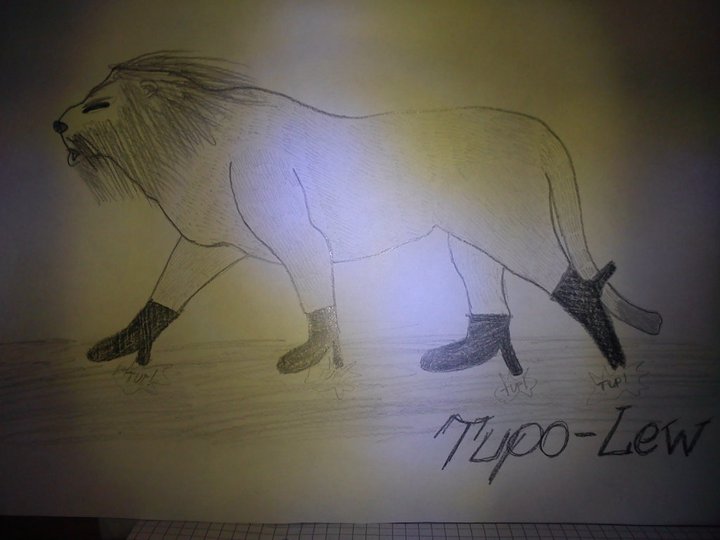 Hahaha… no no, I’m joking, I’m 19 but... according to ModDB today I am celebrating second anniversary of my signing up at ModDB! Below I am going to describe what I want to do and what I can’t do due to a lack of time, eventually I ran out of nerve. Earlier – I have to present my Sad Bots :D 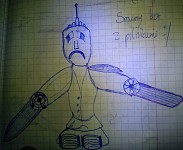 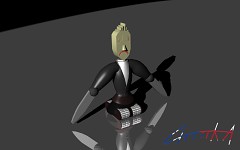 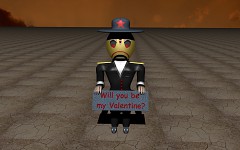 Even Sadder Bot with No Eyes 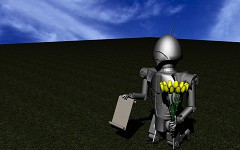 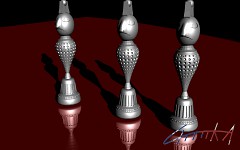 In the near future I am going to:

Apart from tridimensional graphics, I have started to expand my influences to become rap and reggaeton producer for local underground artists. Why? In order to crisis, there is a lack of musicians in my neighborhood –so expect first results as I’ll order myself :P

Besides – the biggest of announcements!!!

So stay tuned for my new imaginations :D Meanwhile - I'm going out, I must listen "Perreologia" by Alexis & Fido ;)

I think everyone on ModDB already know how much I like jellyfish. Because I often have contact with them, they have become a part of my imagination. And it all began with a slogan "I like jellyfish" - which caused that on my desktop, which was still on Windows XP, this animal had appeared. 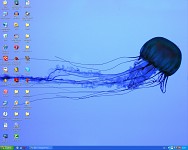 I had a lot of jellyfish on my desktop. I mean I have it all the time -now, the default one of Windows Seven. But it is not the point of that. I had enough contact to jellyfish that first ideas to include them in my work had started. There were many ideas, but there was no time. But once I found a few minutes to create a jellyfish. 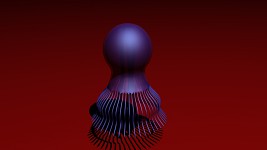 Much time hadn't taken to have been started to mix my interests. Because I like tanks, the idea to merge them - inspired by the friend's post on Facebook, I created a kind of hybrid - called - indeed for the friend - "Czołguza". 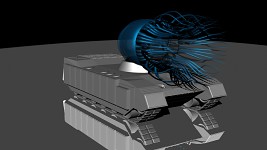 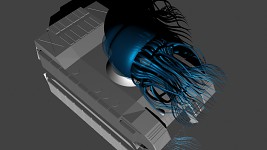 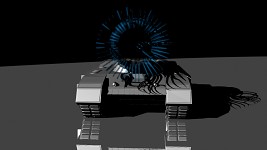 In the near future you can expect more jellyfish ... but be aware that I make the Sad Bots, all kinds of tanks, and I mod - in addition, I have the mission of increasing the level of various things ^_^

BTW... Tiberium Floater is my #2 of the most favorite jellyfish :D 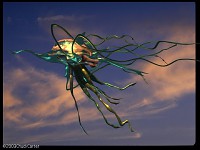 Here I explain what are Sad Bots

here i explain what are sad bots

Recently, my life is sad... very sad... when I sit in class, lesson is boring and my sadness is incredible, then I draw some characters... but these are normal people. There are not people but they have some hallmarks, characteristic for people. They have emotions... They are sad... They are bots.. Sad Bots.

Sad Bots were drawn about a year ago... each Sad Bot has its tridimensional version

Below I want to present origins of each Sad Bot

Sad Bot with no hands 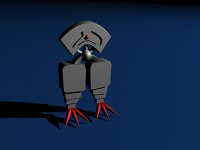 This Sad Bot was drawn when I was tubed by my girlfriend. I don't remember what lesson was but there was cloudy day. Then I drawn various creatures but when I became sad, this bot was born. When I noticed this is simple and emphatic, I began to have been proud of it. 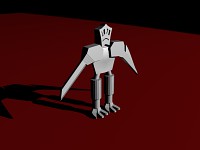 I don't remember for what reason I was sad but this was an English lesson which was extremelyboring and my health doesn't allow hear a teacher. To cheer up myself, I flashed on my exercise paper and pencil. I can't drawn anything, except of Sad Bot. This bot was to have killed because I am agresive when my health is falling. 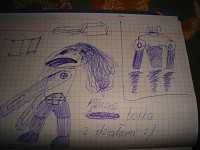 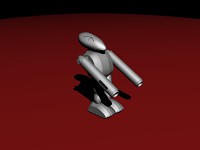 My 3D skill was insufficient to associate with a picture so I've maled it and have removed its tears. I don't know what a sad had attacked me but my weaponology interest inspired me to draw this botty on one of history lessons.

More bots will come soon because I am quite sad when I have to go to school.. and not due to school but its.. hmmm.. organic environment :P