Inspired from Revolt and Tank Battalion, Scribbled Arena offers a fast paced PvP tank battle with fully hand-drawn artwork. Take control of beautifully doodled tanks with unique abilities and get into a 5v5 battle, on a hand-drawn arena with top down view.

On 12th of May Scribbled arena launched on steam Early access. Game has fully playable Team DeathMatch mode, 20 unique maps and 5 tanks to start with. Game can be played in a matchup of 1v1, 2v2, 3v3, 4v4 and 5v5. More content and game modes will be added to the game throughout early access.

Each tank has its unique primary and secondary weapons like missiles, EMP blasts, Mines, Machine guns, Shot guns etc, offering different attack ranges. Choose the tank that suits your strategy because every map will be unique with power-ups, destructible elements, movable barricades, portals, ditches, conveyor belts and many more to make the battle crazy.

Scribbled arena is developed and published by Apar Games, a small team based in India. The team has prior game development experience coming from services work done for top publisher developers around the globe.

Platforms: PC (For now) later will support Mac and XBOX 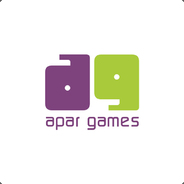