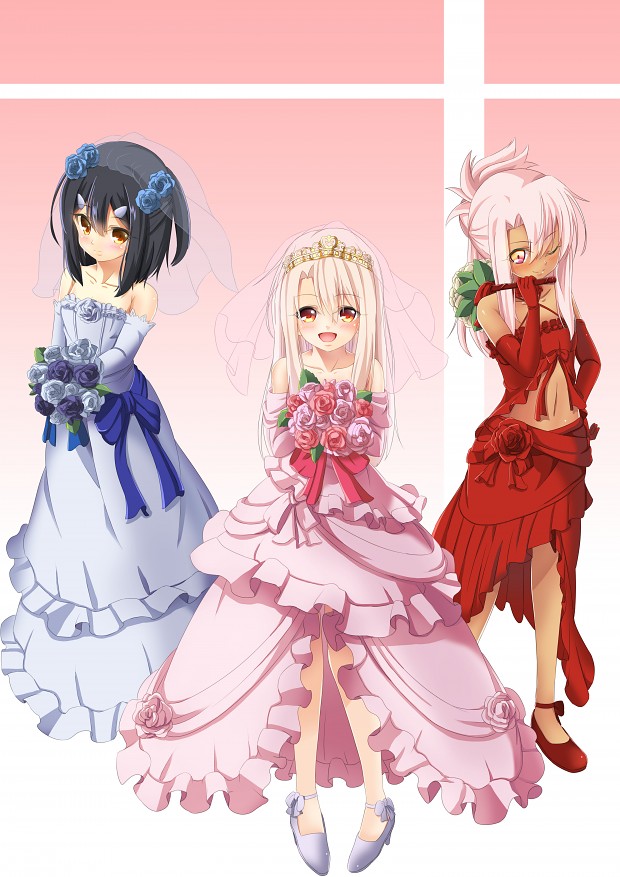 Illya is a normal girl with an older brother and two legal guardians while her parents are on business trips. Good in sports, not so good in math but still popular, her life is fairly peaceful. Well, it was until recently, because she was turned into a magical girl by a talking magic wand named "Kaleido Ruby" which spouted nonsense about collecting class cards which represent mythical warriors and magic battles. Then there is that annoying twintails girl named Rin bossing her around. And who is that mysterious girl named Miyu who acts like her rival? What are the class cards anyway? Only one thing is sure, the normal days are over.

"Fate/kaleid liner PRISMA☆ILLYA" is a spin-off to the popular Visual Novel, Fate/stay night, starring young contestant Illya as a magical girl in a more cheerful, comedic, but by no means less dangerous series, providing her with the possibilities (and responsibilities) of a magical girl, while throwing silly things at her at every turn. Expect grandiose humour and awesome battles.

The story exists as a series of 3 mangas, out of which the first was adapted into a 10-episode anime in 2013 and the second is being turned into an anime during the 2014 anime summer season. Check it out, even if you're not a "Fate" fan it can be incredibly enjoyable.