Winterfall is a sandbox RPG influenced, gameplay-wise, by experiences as diverse as Mount and Blade, Mass Effect, DayZ, The Sims, the Elder Scrolls games and, of course, the latter Ultima games (7, 8 and Online), set in a fictional late antiquity/early dark ages setting. Contrary to most RPGs where the player is in control of a single hero character from beginning to end, the focus of Winterfall is on a House, or Household, which is grown and developed through deeds performed by the player's successive characters. 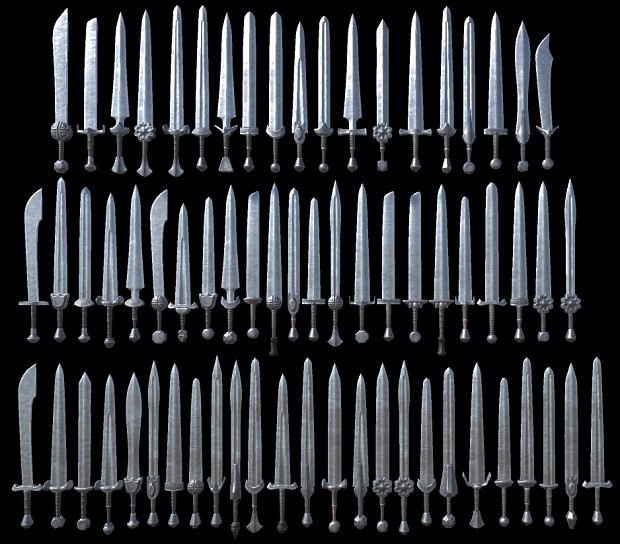 Thank you! We'll ultimately expand the system with many more weapon parts to better reflect the cultural and historical identities.

Thanks for adding that feature!
Will the swords be divided into differekt parts that can be edited? (Like in Kingdoms for example, where you have pommel, hilt, crossguard and blade)

Procedural sword-making & letting you design & story your own gear in the distinct styles of the Old Kingdom. After all, why couldn't you make your own gear the way you like it?