Which is the best way to create a realistic environment for the player? Since a city is a common place for everyone, it's a big challenge to do a complex and believable place with just a few elements.

Which is the best way to create a realistic environment for the player? Since a city is a common place for everyone, it's a big challenge to do a complex and believable place with just a few elements.

We are going to give you some advices to keep in mind. On first place, do some simple decoration sets. We will obtain a complex, varied and harmonius environment through mixing them. On second place but not less important; If you can’t see it, it doesn´t exist. This is what we are going to explain today.

Actually, a videogame scene is a mix of meshes placed in the middle of the space. In this scene, we are going to combine a lot of sensitive elements to generate a specific experience in the player. Therefore, we have to manage its perception every moment. The player perception can be clasified in three levels:

As they´re the closest to the player, we talk about the high detailed models. They lie in the urban furniture in Angel Park City. 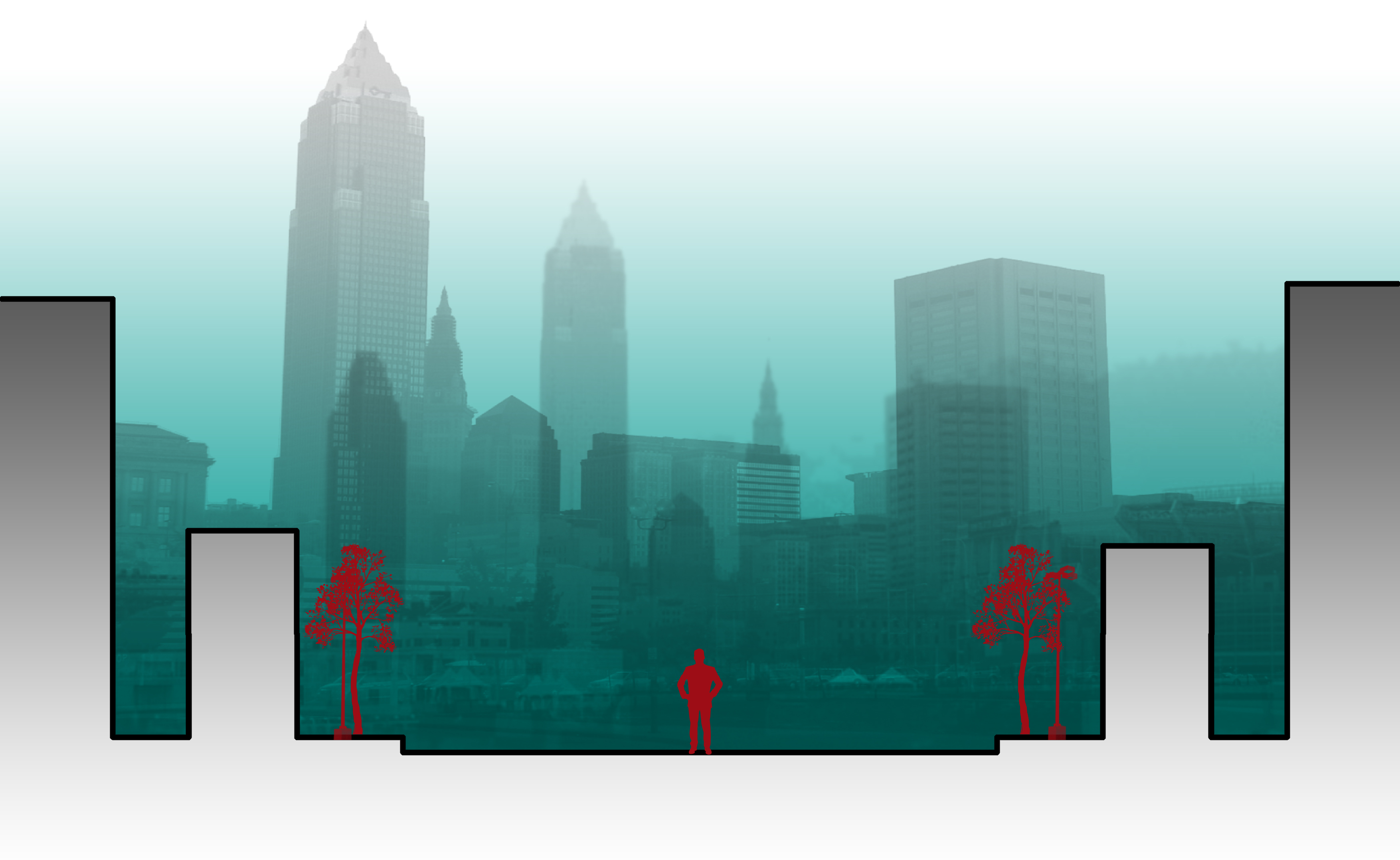 First of all, to optimize resources in the game, we have to keep in mind the level of detail system (LOD). It modifies the polygons´s density depending on the proximity with the camera. We have to create 3 models of each element, going through the highest to the less level of detail without losing the general form of the object.

Another trick when it comes to optimize the resources, consists in deleting all the model´s faces which aren’t seen. For example, since the fence is always going to be on vertical position, we will delete all the model´s faces under the floor. It seems like there are only 2 polygons, but when we have to place 500 fences on the scene, we are talking about 1000 polygons less to process. 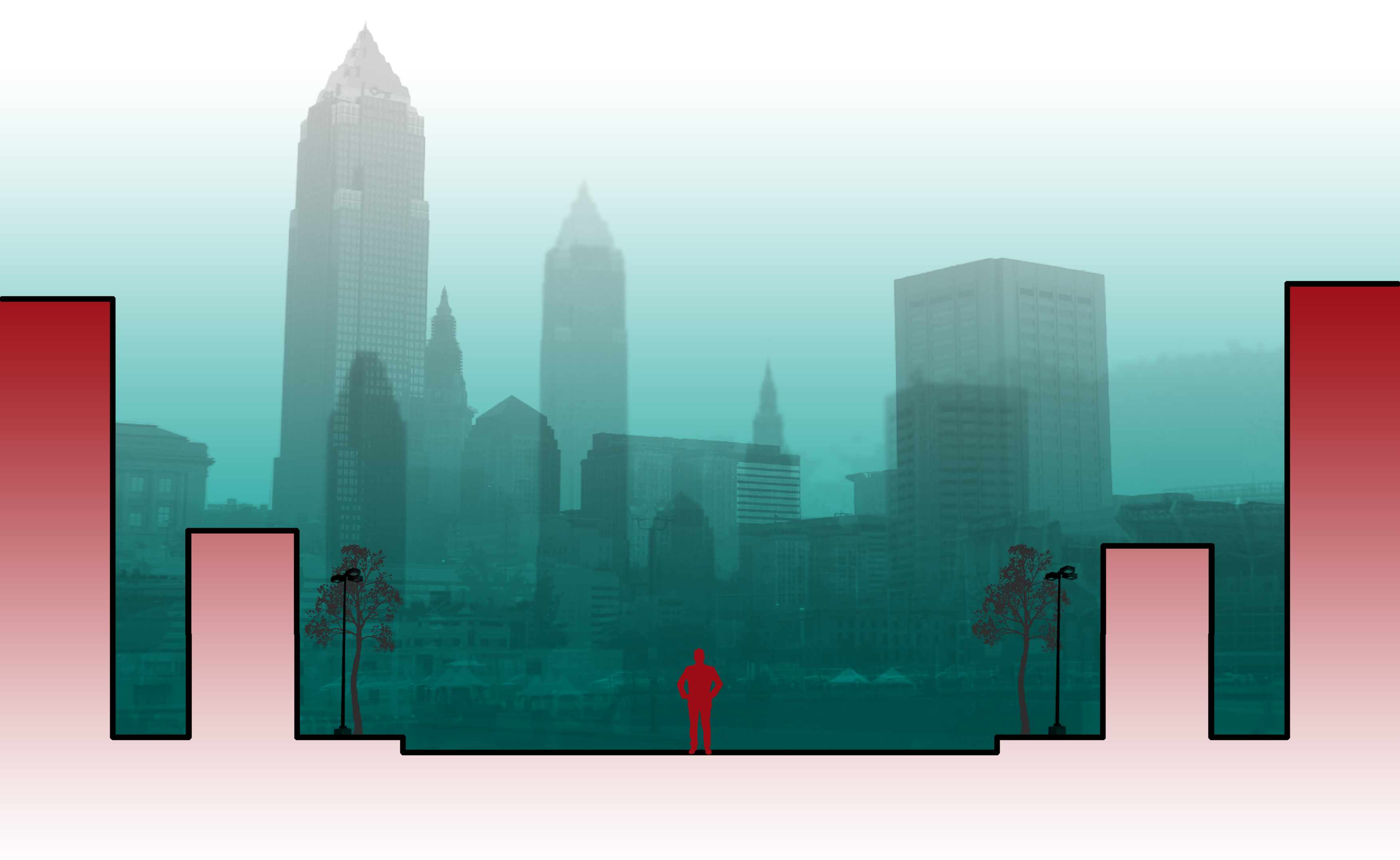 In our case, since Formula Wincars is formed by delimited circuits, we focused on what the player sees from within the car.

A good advice to optimize the buildings’ models, is to divide the faces of the object into different elements. It allows us to desactivate the parts that aren´t seen from the player´s perspective. 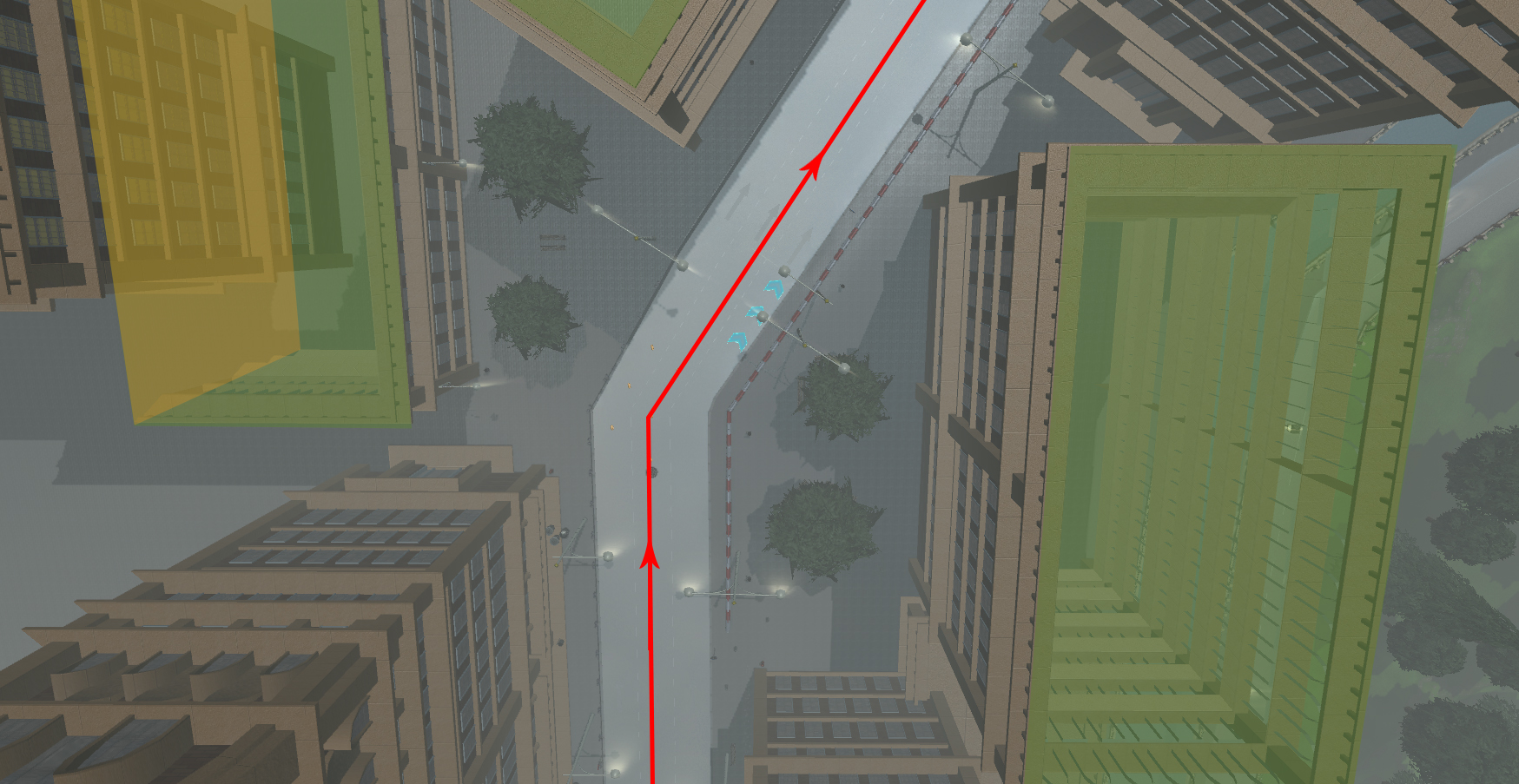 This is the farthest view from the camera, but we have to take it into account too if we don’t want the players to believe that they are staying in the middle of nowhere. 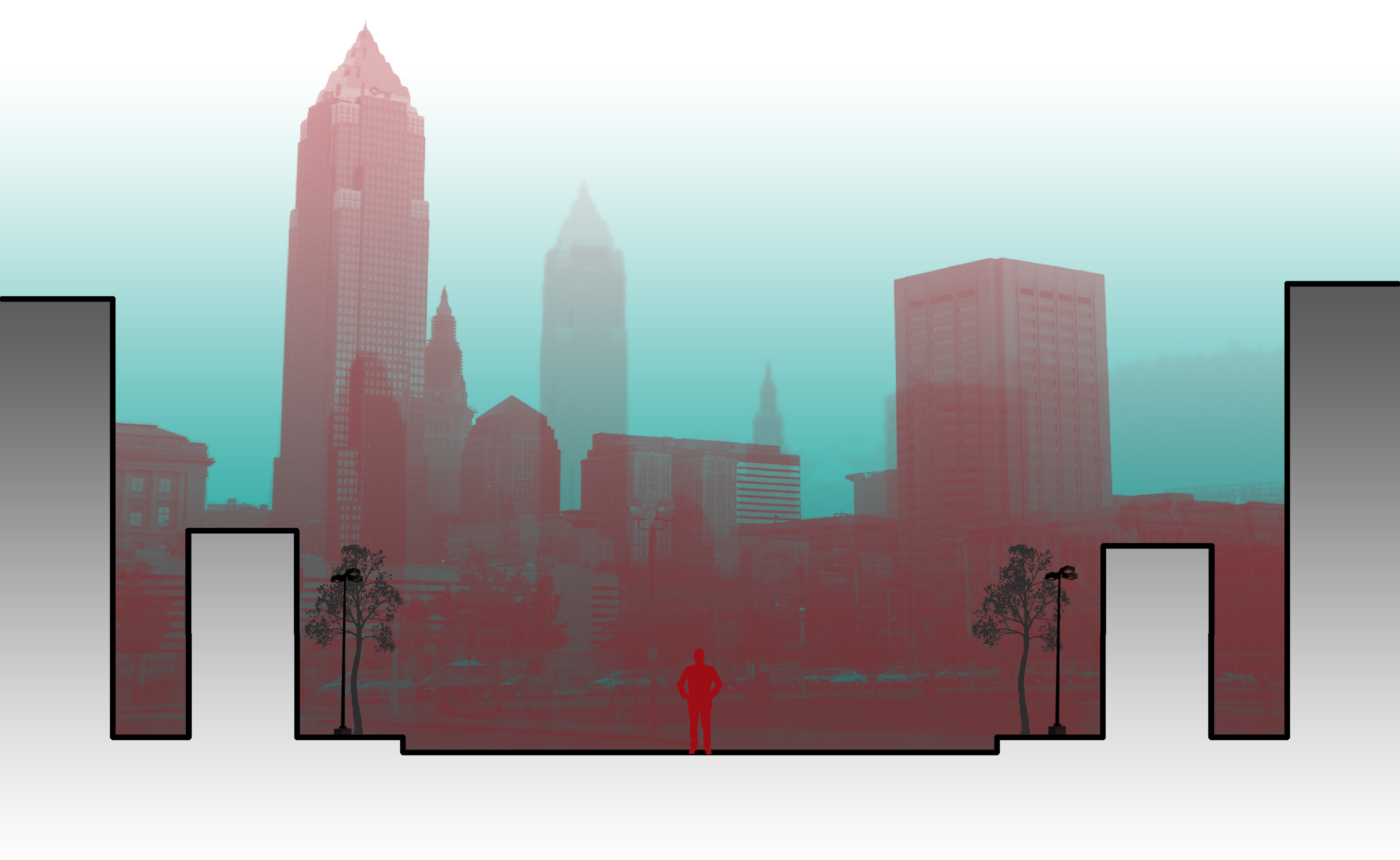 There are the big skyscrapers in Angel Park City. Talking about modeling, there are simple planes or cubes that define the city´s skyline.

In last place, try to be careful with the open-angle streets near to the skyline. You will always have to introduce different elements in order to break the horizon. 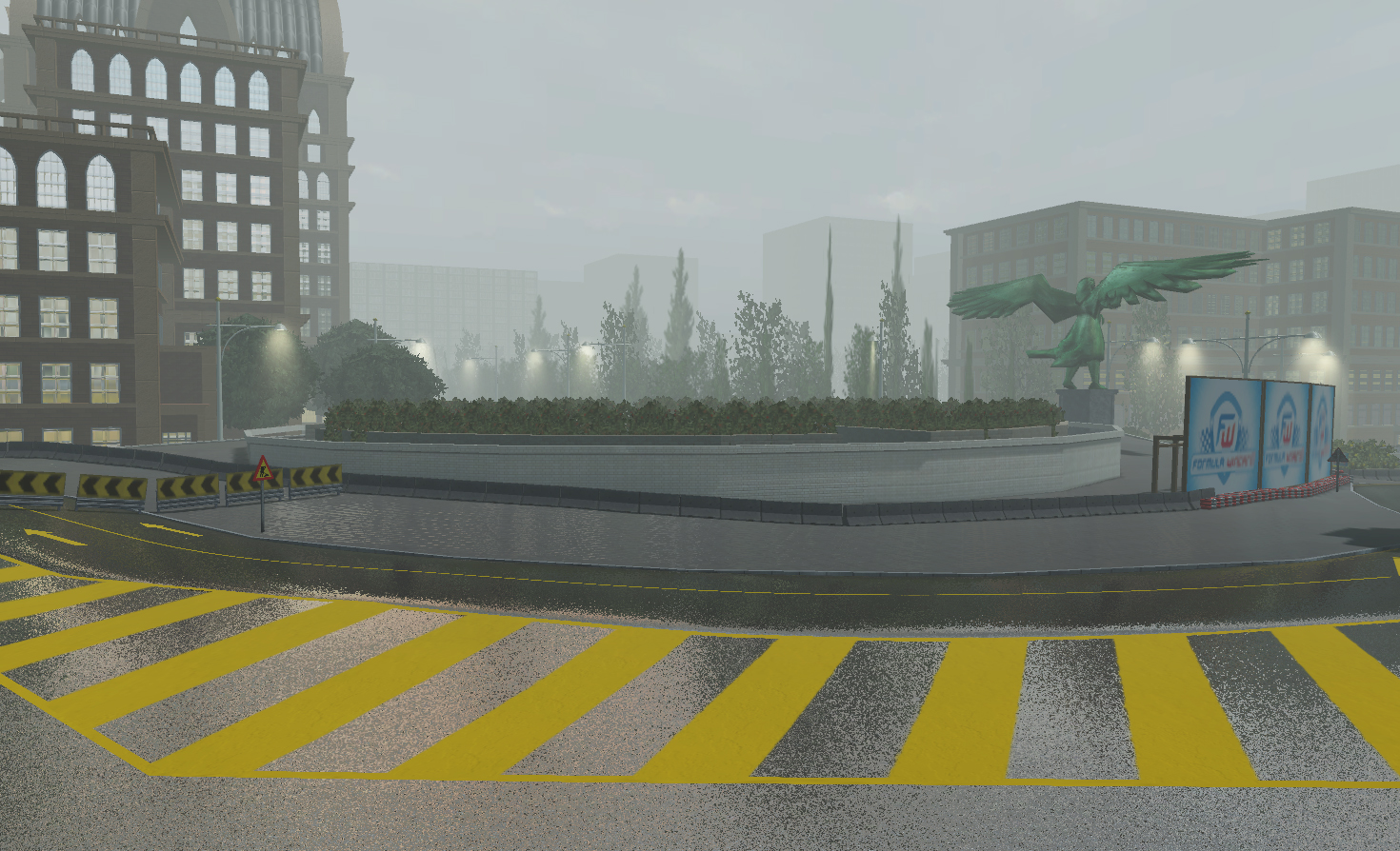