WIL is now available on Steam at: WIL on Steam

With bravery and determination, he is on a quest to save his friends.
Oh yes, almost forgot - Wil is a ball made of glass, but don't let his fragility fool you! He has a heart of a lion in his chest (or somewhere in his body).

Hello everyone,
from "UP Development" Studio. We are happy to present to you - "WIL".

It's a PC game with 2D graphics and side scrolling action game for Windows.

The main character in the game is called WIL. He is a ball made of glass, who can roll on the ground by moving the water that’s inside his body left or right. He cannot jump but he can use slings. They can be used not only for jumping, but also for gaining speed on the ground.
Here comes the tricky part – once activated the stretching of the sling cannot be reversed. The length of the jump depends on how long the player has hold on to the sling. It may seem easy at first, but controlling Wil , and using the slings requires quick reactions and good (feeling for) timing.

The story is about Wil and his friends.
They are also made of glass but they aren't in the same form as Wil. They are actually jars, which have very distinct personalities and stories.
You can see some of them in our website, the others are waiting to be discovered in the game. 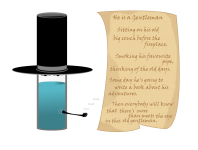 Their story is frightful and disturbing, for they have been kidnapped at the very beginning of our game. If it wasn't for Wil, who saw them being carried away, who knows what could've happened.
Luckily he was there when this terrible deed occurred, and thanks to his bravery he managed to come up with a plan.

Discovering that each one of his friends is held prisoner in a different location, and that these prisons were full of deadly traps and very sharp things (The biggest threat for a fragile glass ball ) he couldn't do anything, but to risk everything and try to save them.
His plan was to fly with the help of some friendly birds, to every single prison and using his slings to overcome all dangers that lay before him, in order to save his friends.

However, as it often occurs, it turned out that it's easier said than done. The jars were being taken to many different locations, which were very far from each other. In each one of them there were prisons, with one jar as a prisoner.
Wil then understood he wouldn't be able to do this alone, and that he'll need some help.

This is the point where YOU come into the action. Take control of Wil and help him in his noble quest!
His fate and this of his friends lies in you hands!

PS: All the text above basically explains that there is a main character (Wil), friends that need to be saved, prisons, dangers, traps, sharp things ( scary ), 5 chapters, 100+ levels , a mysterious evil, and above all- great courage, despite the unspeakable risk of being broken to pieces... and all this in the name of Friendship.

Hi guys,
WIl is part of the Steam summer sale and you can get it for 3.49$ at: Store.steampowered.com

Hurry up, the offer ends on the 5th July! 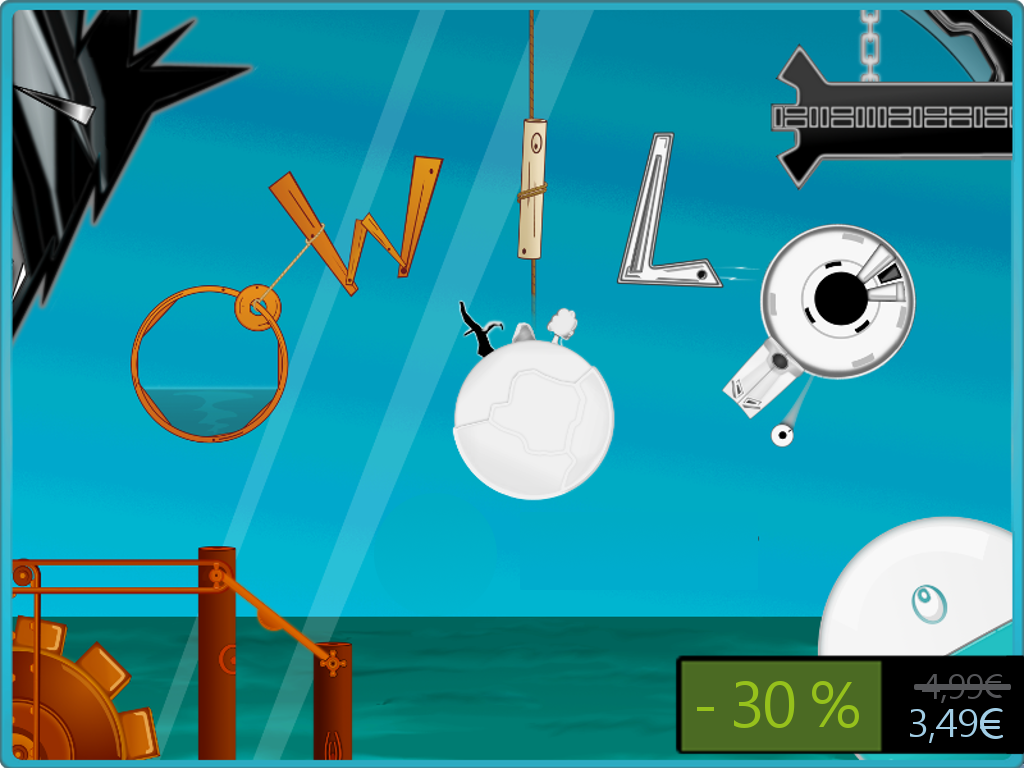 WIL is now available on Steam!

Hello everyone, We're very excited to announce that WIL is now available on Steam for just $4.99. The game is complete and fully playable, no hidden costs...

WIL is on Steam Greenlight, give your vote. Updated Demo with 10 levels.

A new video showing a very hard level from WIL

A new video, in which I explain and show the importance of the timing when using the slings in "WIL".

Demo available for download. WIL is now on Steam Greenlight.

game looks good, but its hard to see the ball (the character you are moving), its small and blends into the background colour.

Hey, thanks for the comment. Yes, the ball in this video isn't quite the final version that will be in the game. I hope, that for the demo we'll be able to make some adjustments on it.
It also doesn't look very good because I've made the video at very low resolution, since the game starts running slower on my PC if I try to do it with better quality.
Any further feedback will be welcomed too.

Hi guys, I hope you like our game.
Find out more about it in our website.
There you can read the story of Wil and his friends, you can watch videos with gameplay footage, you can meet with the characters on a stage and more.
Check out now at: Updevgames.com 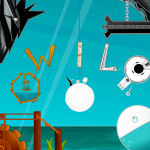