Have you ever wondered what happens inside the world of an abandoned video game? All those NPCs with their artificial lives...what happens to them after the game is powered off for that final time?

Village Monsters is an relaxing village life sim set in one such forgotten world.

I'm very active on Twitter, so if that's your thing too then I'd love to have you follow along.

There's also email (josh@warpdogs.com). Beyond that, there's lot of other choices!

Finally, if you think about it there's really just a finite number of humans out there, so if we both talk to enough of them then we'll eventually find each other. I look forward to seeing you! 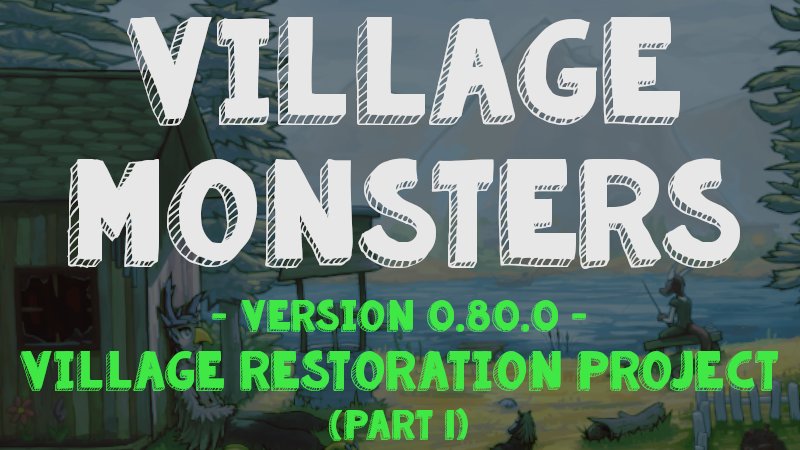 It’s time for another major update! Welcome to Village Monsters v0.80, also known as Part 1 of the Village Restoration Project.

This release is all about the village and how it can change and evolve over time. It also includes frequently requested features, like donating items to the library, character customization, and improved fishing and critter traps.

Unfortunately, I had to shelf several features I had planned to include. There are also several incomplete features in this release. This is because the release was already taking much longer to finish than I had predicted, and I knew it was better to release what I had now rather than making you all wait even longer.

Adding “Part 1” was a last minute change that I thought might help set expectations.

Let’s take a look at these tasty patch notes!

The biggest change in this update is the completely renovated library! The library is finally accepting donations for all kinds of artifacts, critters, fish, plants, and everything else that you can find around town.

The library expands its exhibits as it levels up, and over time you’ll even start seeing rewards for your patronage.

At long last, you can finally change the appearance of your character!

By far the most requested feature since launching in Early Access, players can now freely switch between 5 different ‘presets’ of looks. Assuming there are no problems found with the new sprite system, more types will be added continuously through Early Access.

The village now changes and evolves over time.

Stores will improve their stock the more you use them. Visitors will start appearing in the inn and town square. Villagers will plant flowers and set up decorations as they begin to feel pride in their town.

Your village now has an overall rank depending on your completion of all various goals and projects available to you. This rank will ultimately have story and gameplay impacts, though this is yet to be implemented.

This release is considered “Part 1” of the final Village Restoration Project. Part 2 will release later this month and will include even more features related to village progression.

Several new home upgrades have been added for purchase at Pishky’s. In addition, the interior and exterior of your homestead have been steadily improved. 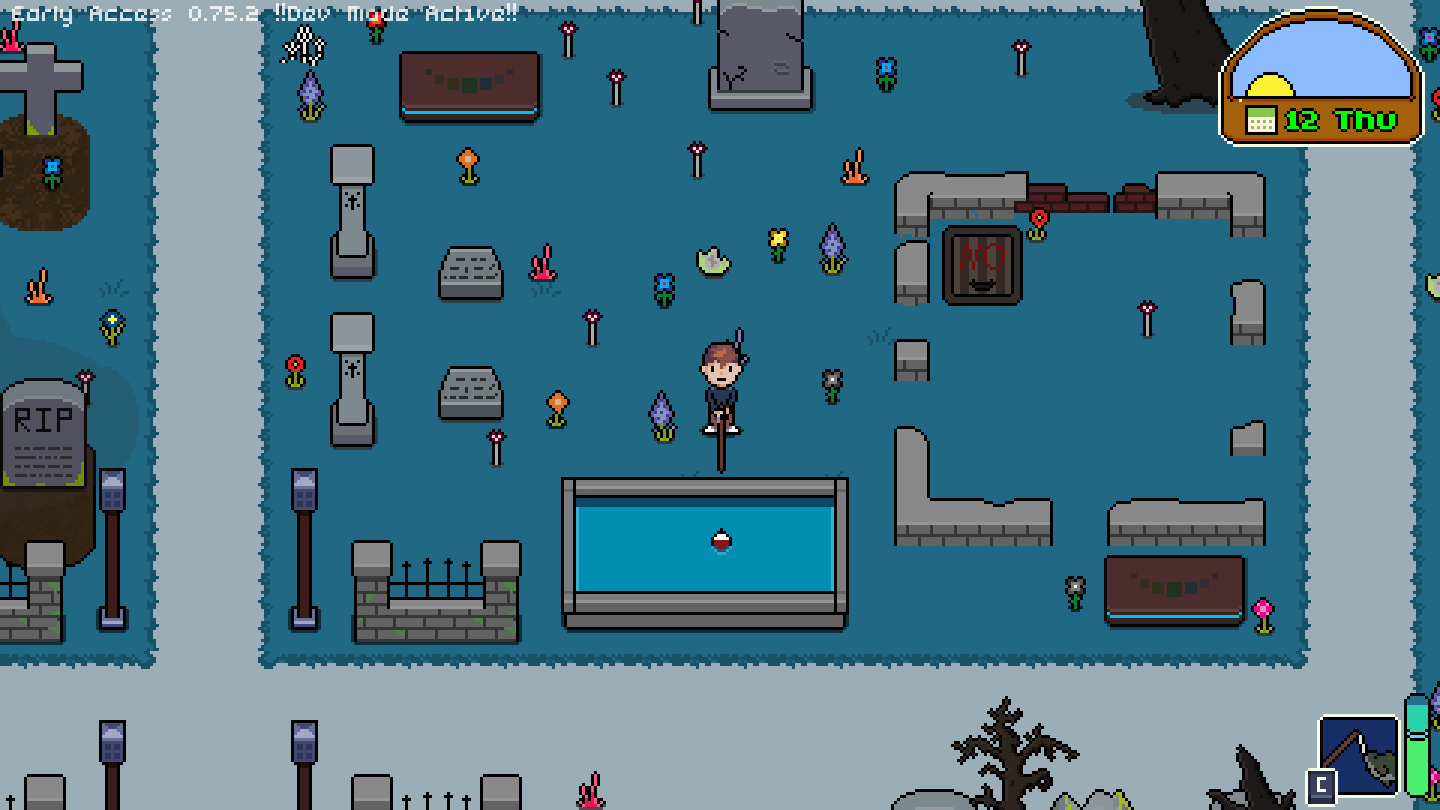 A large number of various changes to hobbies are also included in this release. You’ll enjoy some long-awaited improvements to traps, energy costs, spawn rates, and more.

And like always, I also added a whole bunch of other new stuff that didn’t neatly fall into a category. These changes range from graphical improvements, improved UI and controls, or brand new features. 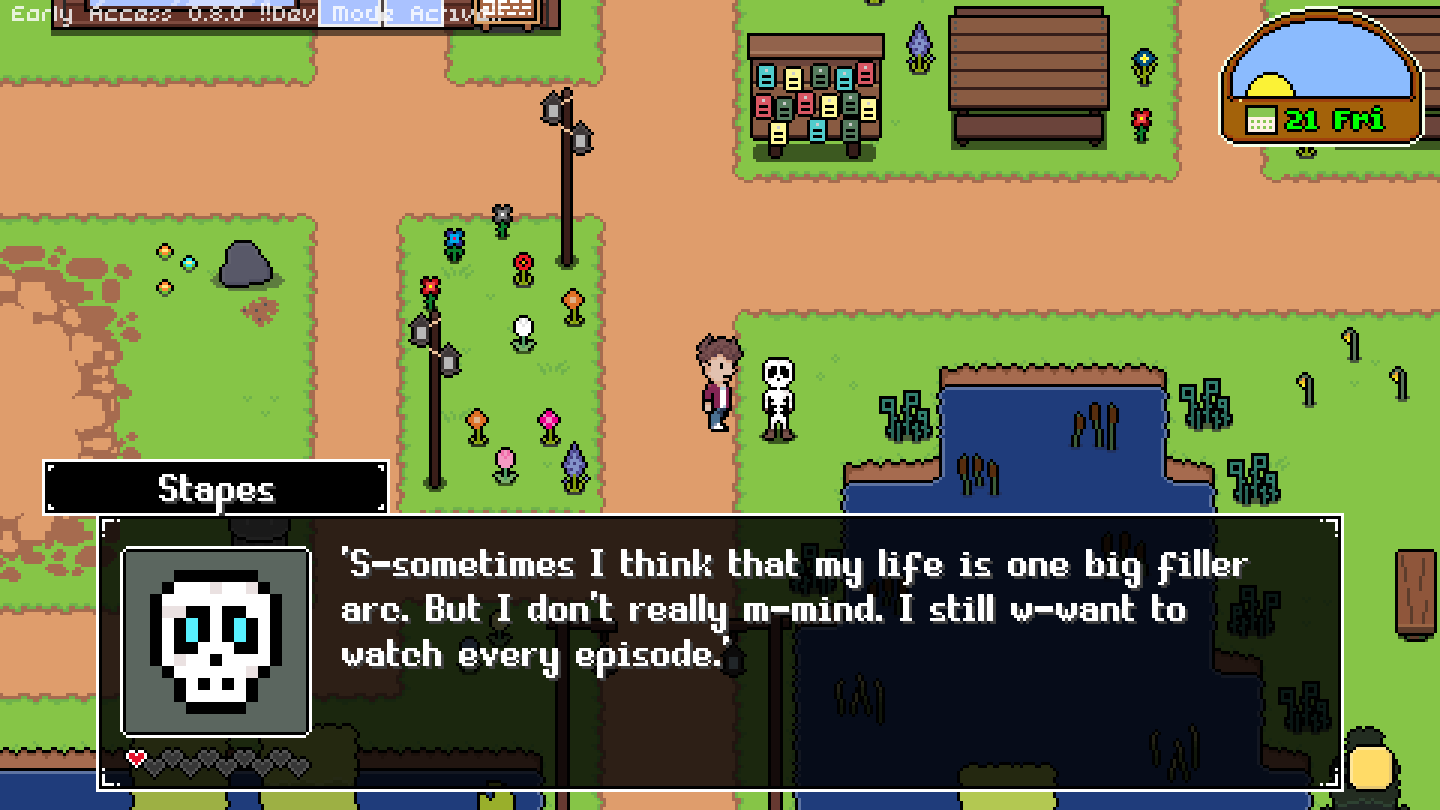 It's finally time to revitalize your community! Let's take a look at the new features coming in Village Monsters v0.80.

Village Monsters v.0.70 is out now for all platforms. I had one main goal with this update: completely overhauling the gardening hobby. To celebrate the...

Village Monsters update v0.65.0 is out now on all platforms! I think a cozy and comfortable game about chilling with your monster friends in a cool village...