Carefully guide your nation from the era of absolute monarchies in the early 19th century, through expansion and colonization, to finally become a truly great power by the dawn of the 20th century. Victoria 2 is a grand strategy game played during the colonial era of the 19th century, where the player takes control of a country, guiding it through industrialisation, political reforms, military conquest and colonisation. Experience an in-depth political simulation where every action you take will have various consequences over all the world. The population will react to your decisions based on their political awareness, social class, as well as their willingness to accept or revolt against their government. 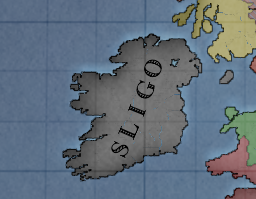 The first update of longer black death mod is about irland.
In this mod irland was conquered by sligo in 14.century but was never fully integrated to its administration due to frequent revolt from other irish principalities.

Sligo start with only 1/3 of population of irland as accepted pops
This issue can sligo fix with two ways... 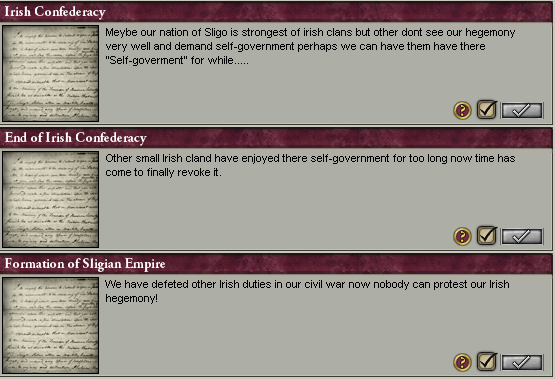 Eighter can Sligo form irish confederacy which will release all other irish principalities for a while (they can be annexed again by decisions) this will give sligo all other Irish cultures as accepted OR
Sligo can do nothing and just wait until civil war event will fire and all irish states will declare war on sligo. This is very hard war for sligo but if is won sligo can form its empire and get nice modifier for assimilation and integration of other irish cultures.

After fixing its internal issues Sligo can go colonise world with proper navy.

Here is the second BETA Trailer for Man in the High Castle.

Mostly satisfied with this now! The only font that doesn't want to change is the one in the army interface for names of armies and numbers of troops...

First release. Files I made with bmfont dont appear to be working, so I pulled from another mod, will keep trying.

what do you mean h?

NOT IS POSSIBLE
grammar dude

Victoria: An Empire Under the Sun Grand Strategy