two bullets for whatever

accurate gun mechanics in a western environment. This game will let you control your revolver by sliding rotating and pressing the parts on your touchscreen. Be the fastest when reloading and rob a bank for some nice stacks of gold. Or shoot your enemy in the legs to make him move slower than a snail.The game is supposed to bring the feeling of a spaghetti western. Inspirational games are Receiver by Wolfire Games, Smokin Guns and the kane & lynch: dog days multiplayer.

Post news RSS Lets kick things off with a minigame

To get things started, i made a small app out of the reload mechanics of the game. Reload your gun as fast as possible by dragging the parts on the touchscreen. The timer stops once you've fired two bullets. Currently only aviable on windows phone 8.

To kick things off, i made a small app out of the reload mechanics which will be a main feature of the final game. The target was to bring accurate gun controls to a medium which makes them intuitive. Meaning you can modify each part of your revolver that is required to make it ready to shoot. You can p.e. drag the bullets into the chambers, spin the revolver and cock the hammer. But first, heres a quick overview of the app: 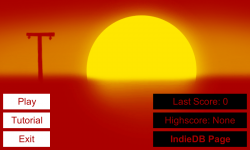 It is a tribute to the intro of the first spaghetti western ever, "a fistful of dollars",which is one of the main inspirations for this game's style. I tried to keep it as puristic and simple as possible. 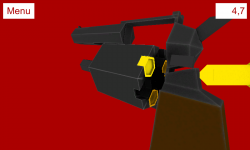 The only rule is to fire two bullets as fast as possible, but the twist is that there are still empty shells in the revolver and you need to reload it first. The Timer in the top right corner defines your score, so you better hurry. 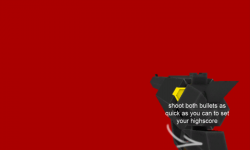 For those who are not familiar with revolvers, there is a quick tutorial on how things work. Its a simple 8-step guide containing some tips and variations you might consider to set the best score.

and well, thats pretty much it. You can post your highscores, feedback and other stuff in the comments.

Currently the minigame is only aviable for windows phone 8 / 8.1, but iOs and Android versions might come later.

and a link to the windows phone store page, where you can download it for free.