Trick 'n' Kick is online football (soccer) game developed by Mayk.ee, currently in alpha stage. In the game you play as football player in multiplayer matches against other players. It is quite difficult game and needs a lot of skill because ball control is somewhat different from similar games.

Last year was very hard for me, because of my poor health. I didn't have enough free time for development, but I still managed to make some progress. I made some improvements in ball control (now it's easier), and added in-game tutorial with NPC, because testers said that game is very hard. I will release special offline tutorial and training version of TnK later in this month, so everyone can try and learn how to play. 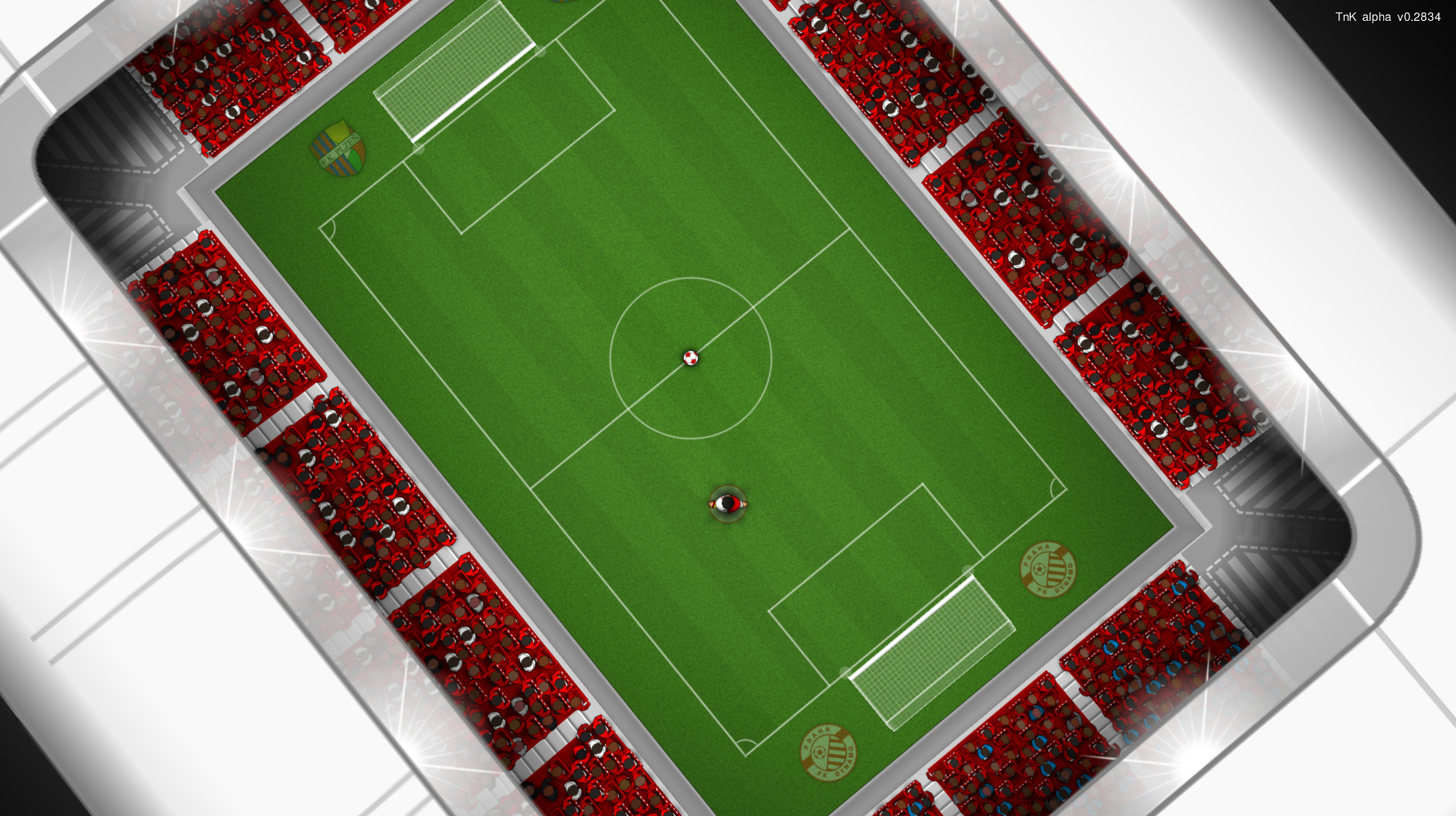 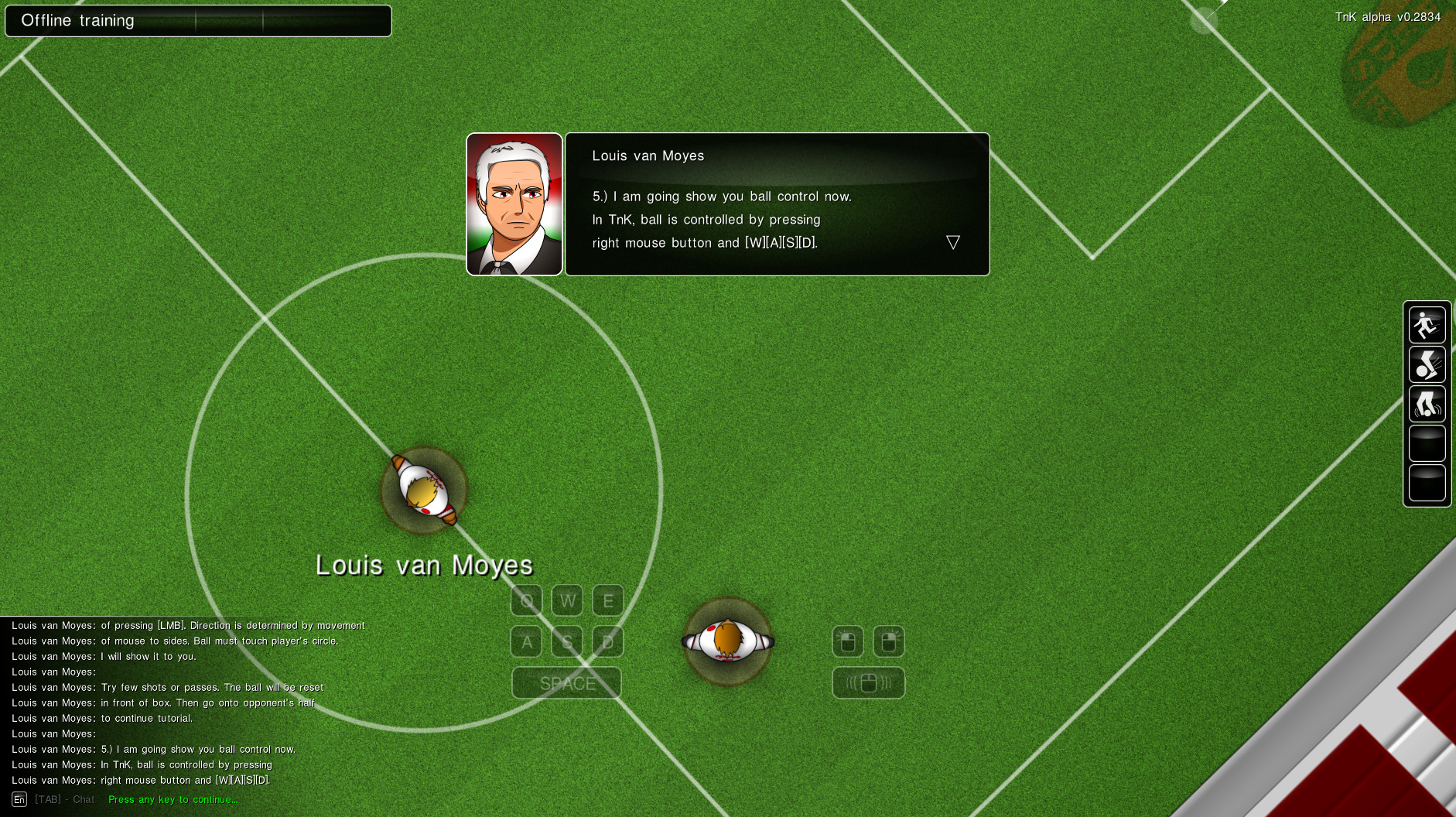 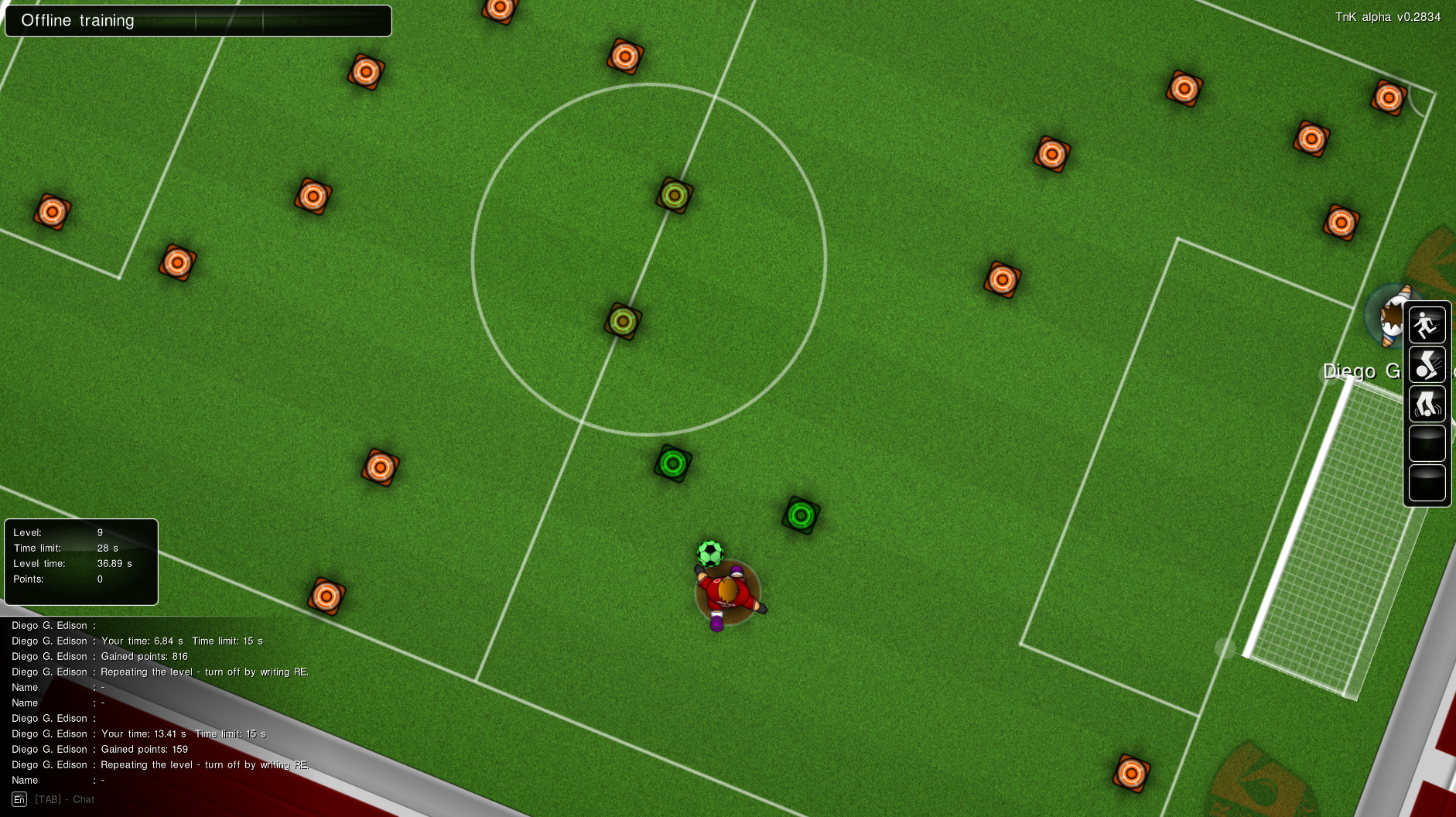 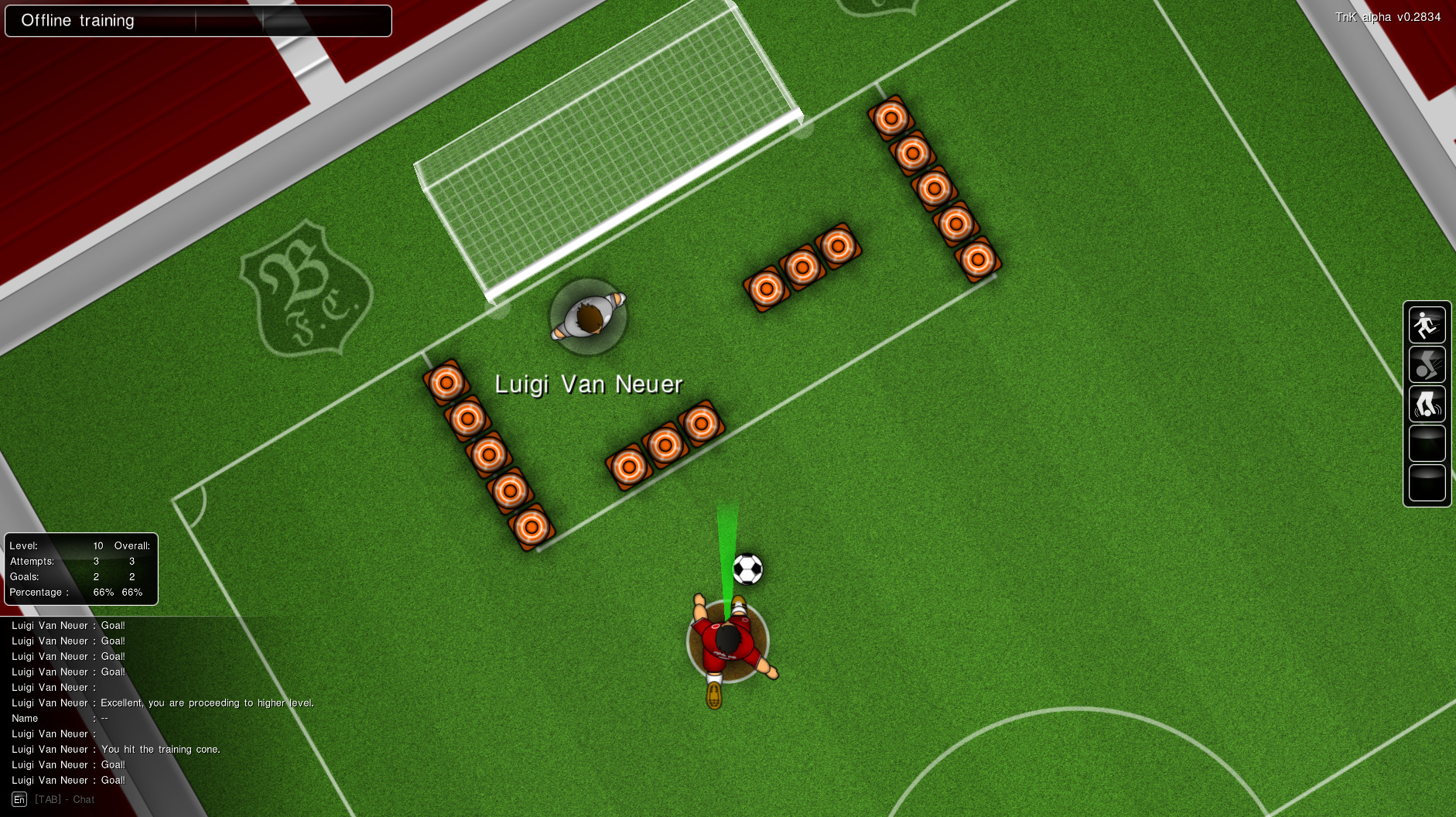 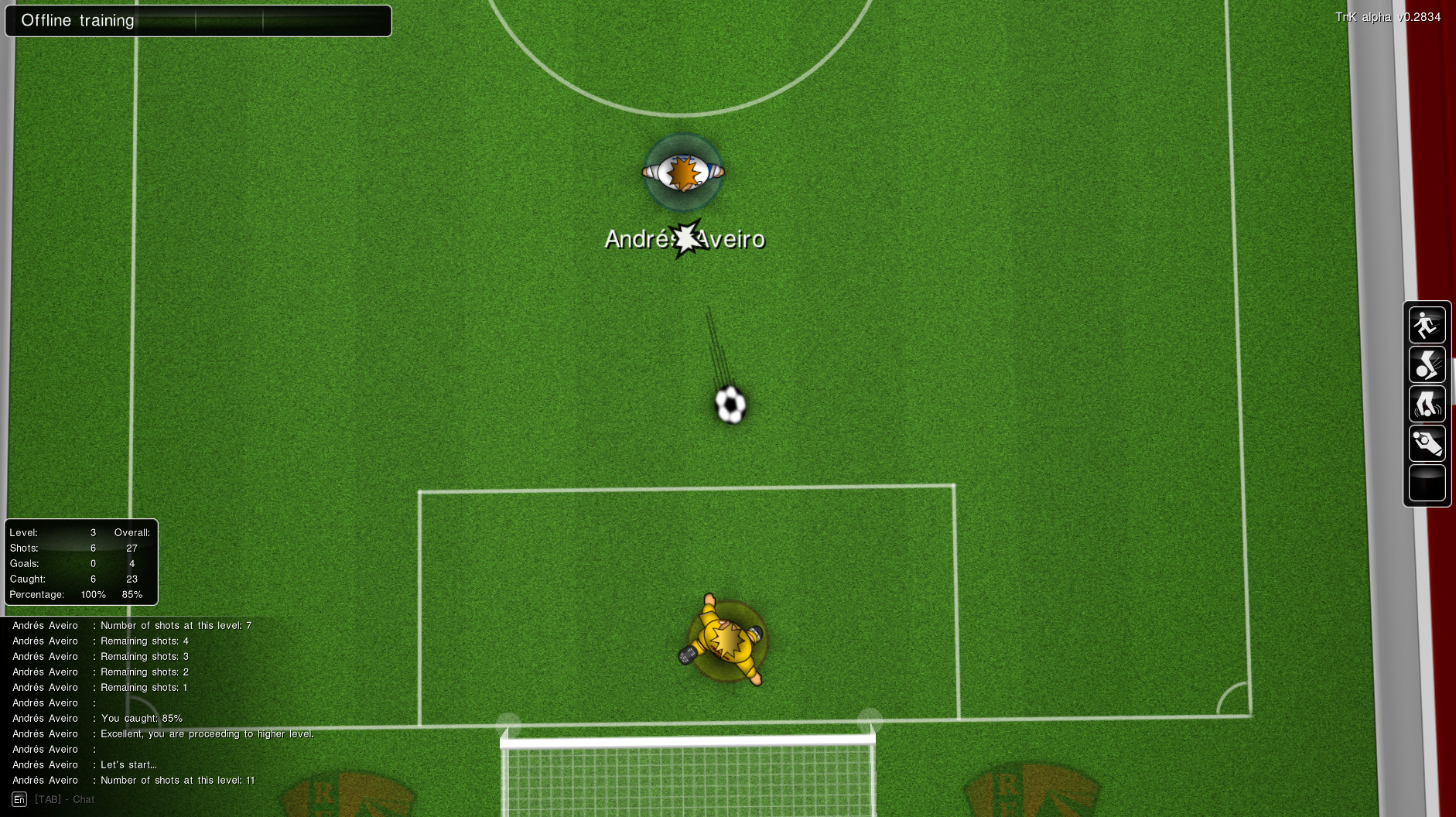 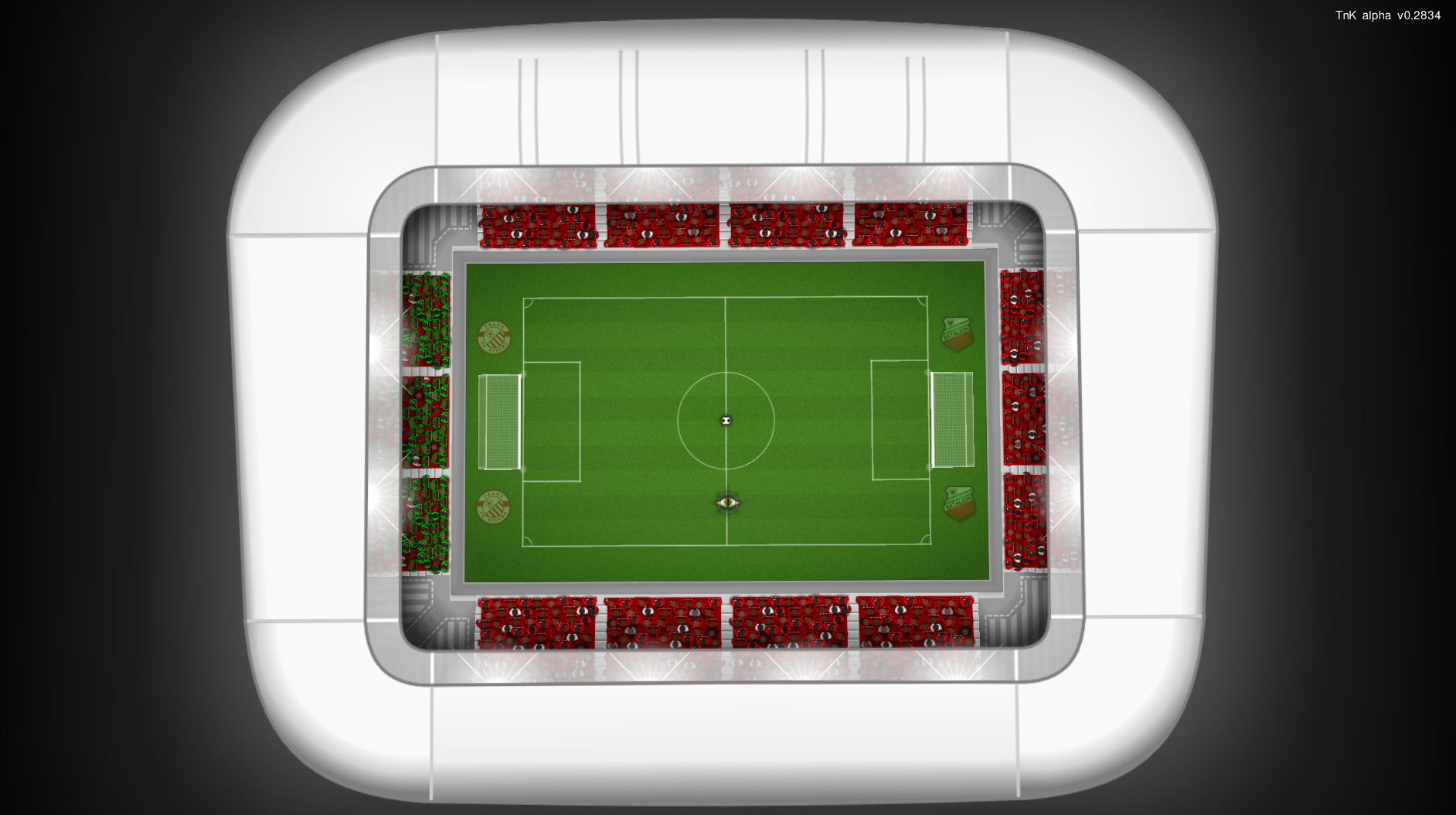