This Is Not a Test: A Survival RPG Comic

"This Is Not A Test carves its own path with zest." -TouchArcade

A gamebook by definition, This Is Not a Test mixes RPG elements with a choose-your-own-adventure-styled comic book. Choosing skills, scavenging items, and bringing companions will affect your odds of survival. All scenes and all of the user-interface is hand-illustrated by comic artist Jeff Edwards, in a gritty, apocalyptic style. The writing is blunt, pulpy, and cruel, hurling you into the skin of a victim racing for survival in the final moments of humanity.

As a gamebook, it is shorter and punchier than its long-winded rivals. As an RPG, its mechanics are streamlined, and won’t have you drowning in numbers. As a survival game, it pushes you ruthlessly toward your eventual demise — unless you do something about it.

This Is Not a Test Released on Android 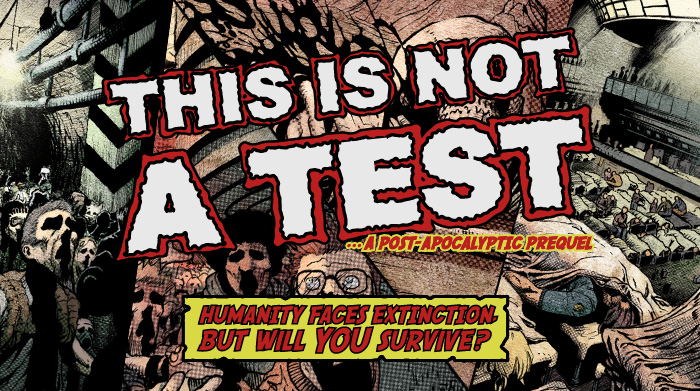 Android: Here We Are

It's official. This Is Not a Test was just released for free on Android via Google Play! After three months of development, I re-coded the game from the ground up to bring it to a new section gamers. Check it out on the Play Store and see for yourself!

New Features (Android Only For Now)

Okay, so it's not entirely the same. The Android version includes:


The New Direction With PhoneGap

How did I bring the game to an entirely new platform in three months? Being especially familiar with web development, I made the decision to recode the game entirely in HTML5 (html, css, and javascript), and, using Phonegap, deploy to new markets (and maybe redeploy to iOS). Here is why:

All said and done, under the hood the new TINAT is an example of modern web technology wrapped up and deployed as a mobile application. It won't be long before you see the game on new platforms, and even running on the regular-old-internet. 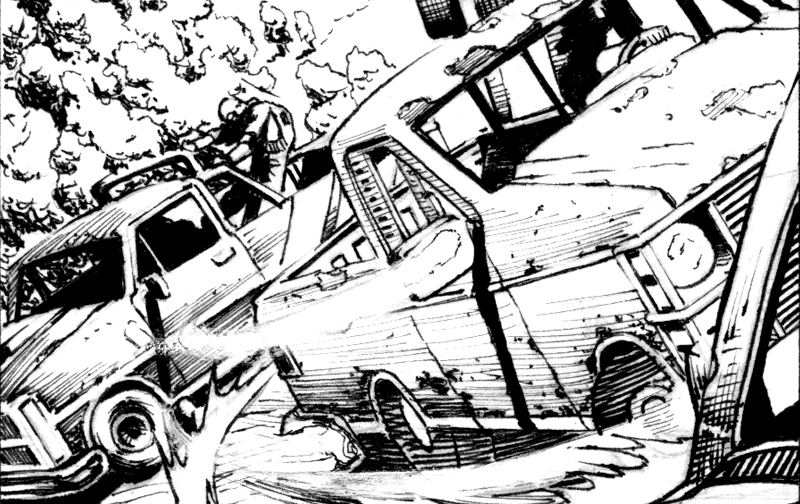 This Is Not a Test: A Survival RPG Comic Now Free and Universal for iOS!

Our graphic novel gamebook, This Is Not a Test, is now free for iPhone and iPad. Welcome to the struggle world!

This Is Not a Test Coming To iPad, Ruthlessly!

I just finished coding, testing, and submitting a universal version of the game! I also made a controversial decisions to add banner ads and life regeneration...

Tags
Embed Buttons
Link to This Is Not a Test: A Survival RPG Comic by selecting a button and using the embed code provided more...