"The Lion's Song: Episode 1 – Silence" tells the story of Wilma, a talented young musician student. Wilma’s talent was discovered by Arthur Caban, a wealthy university professor, who invited her to Vienna. Arthur is profoundly convinced Wilma is going to play a major part in the future of modern music. Since Wilma is fighting writer’s block trying to finish her career defining composition, Arthur sends her to a solitary alpine cabin to recover her inspiration and muse.

Will Wilma be able to finish her breakthrough composition in this small cabin, surrounded by high mountains and stormy weather? In her creative crisis Wilma suddenly has an unexpected encounter.

The choices players make in this episode will have a direct impact on the storylines of all episodes and ultimately determine if the protagonists find the success they are working for.

Please get more information at our official press room.

Mipumi is super proud to reveal its next game: “The Flower Collectors”!

We’ve been waiting for this moment and are super proud to reveal our next game: “The Flower Collectors”!

For our second game, we wanted to keep some core values of our debut (narrative driven journey into an unique setting, dealing with different social issues, full of interesting characters) while also venturing out to completely new and unexplored territory for us that we hope you’ll enjoy just as much as The Lion’s Song.

What is The Flower Collectors about?

The Flower Collectors is a detective mystery, set in the political powder-keg of Barcelona in 1977.

Players will take on the role of Jorge, a retired policeman in a wheelchair, with a difficult past. Alone on his balcony, Jorge watches the world pass by through his binoculars. One stormy night, Jorge witnesses a murder. Determined to discover the truth, he must form an unlikely alliance with young ambitious journalist Melinda who becomes his eyes and ears on the ground.

The game will be coming to Steam… drum roll… on April 21st, 2020! We are looking into further platforms along the way. 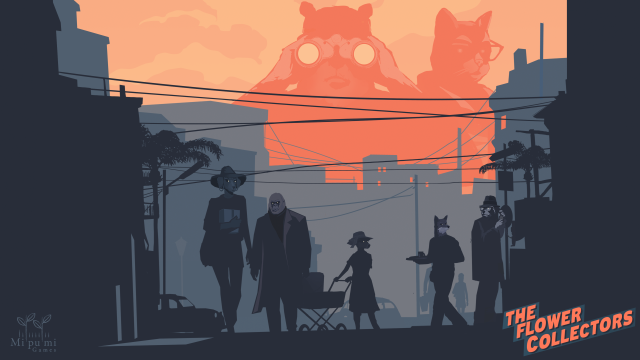 Let's take a quick look at the protagonists of our detective adventure!

In The Flower Collectors, you play as Jorge. 🐻 He is an ex-cop, in a wheelchair, struggling with his new life. 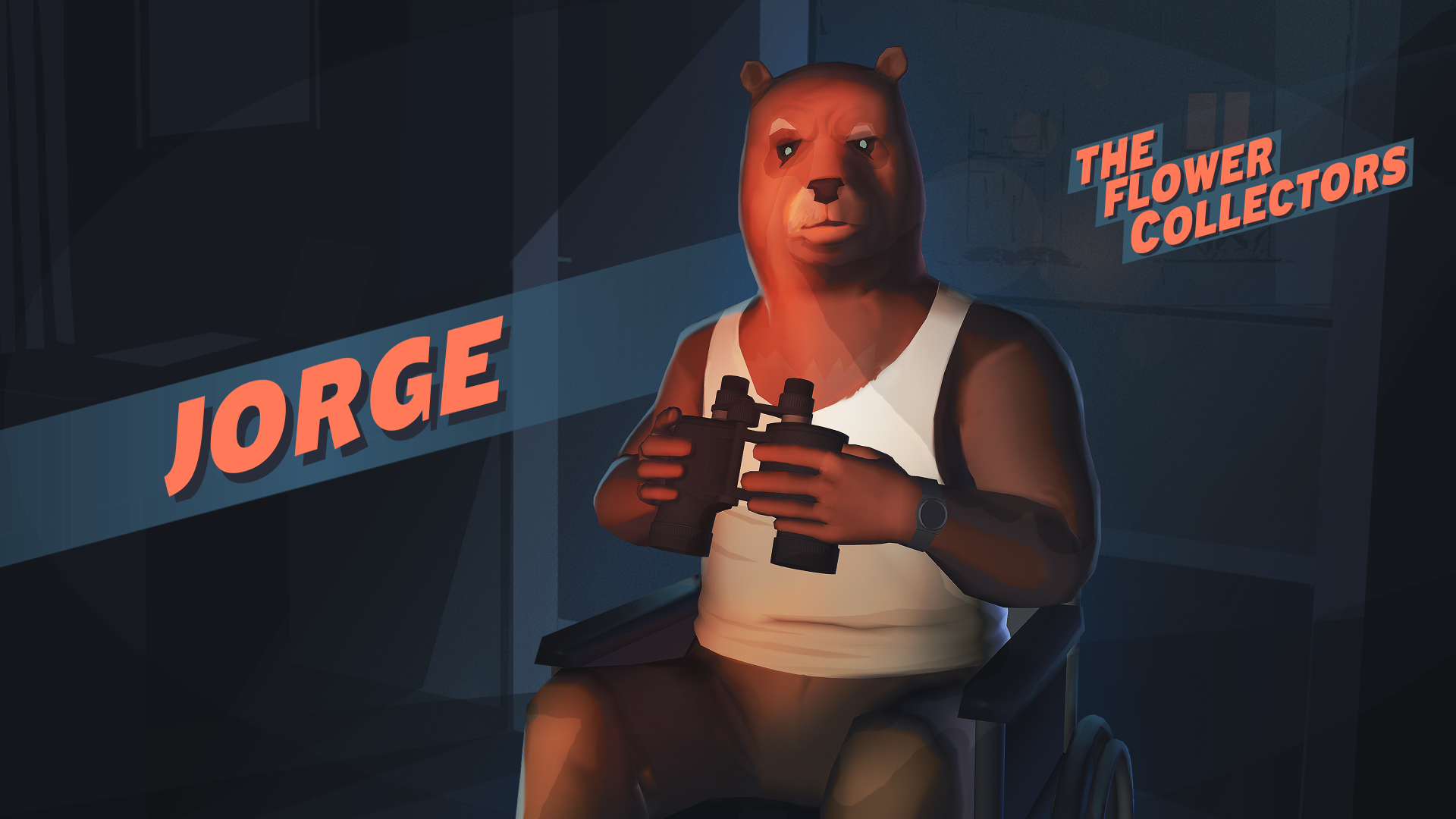 From his balcony, Jorge watches the world go by. 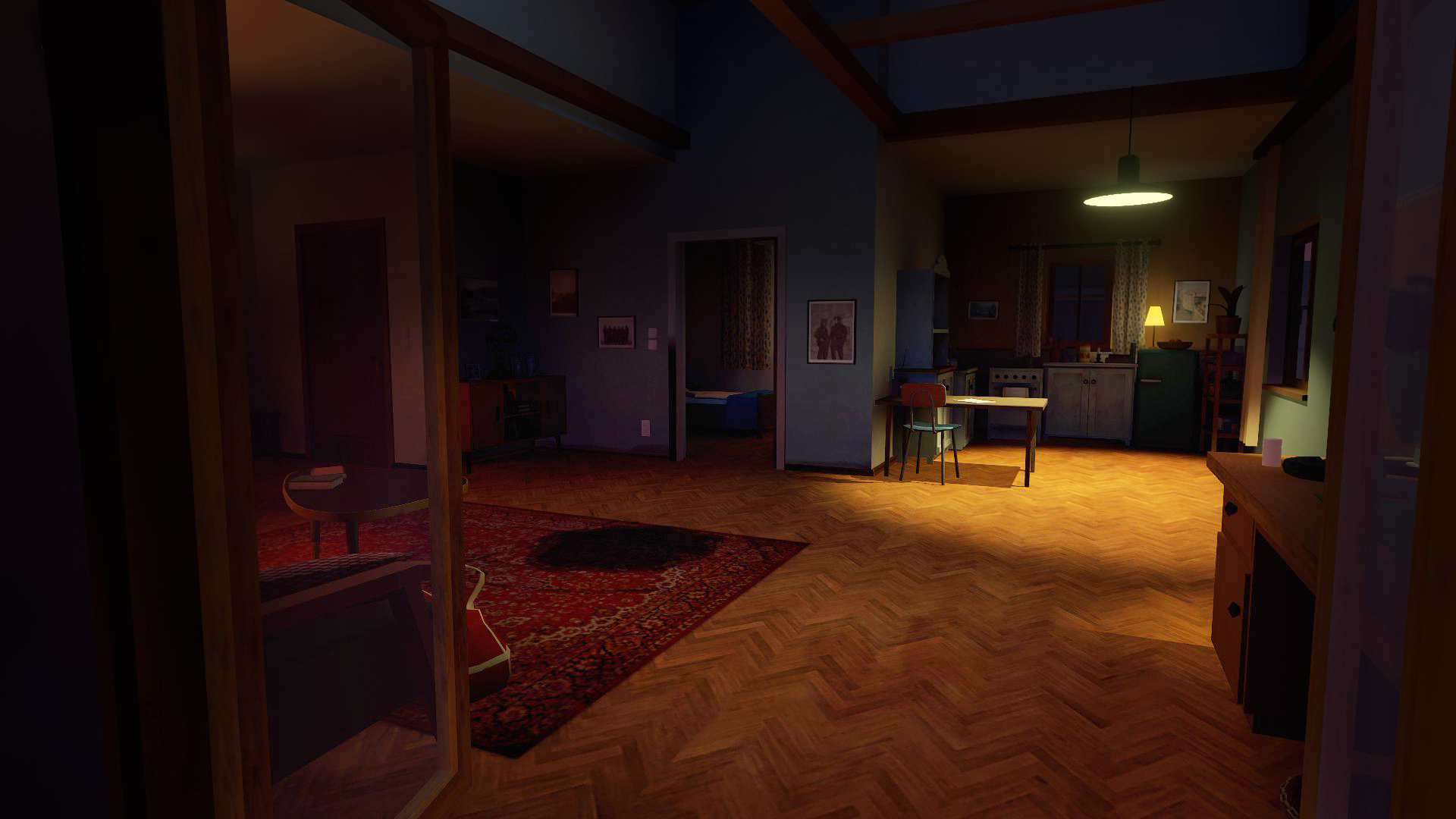 Above you can see his apartment which plays a big role in the game.

When he witnesses a murder, he unwillingly becomes part of the mystery himself… 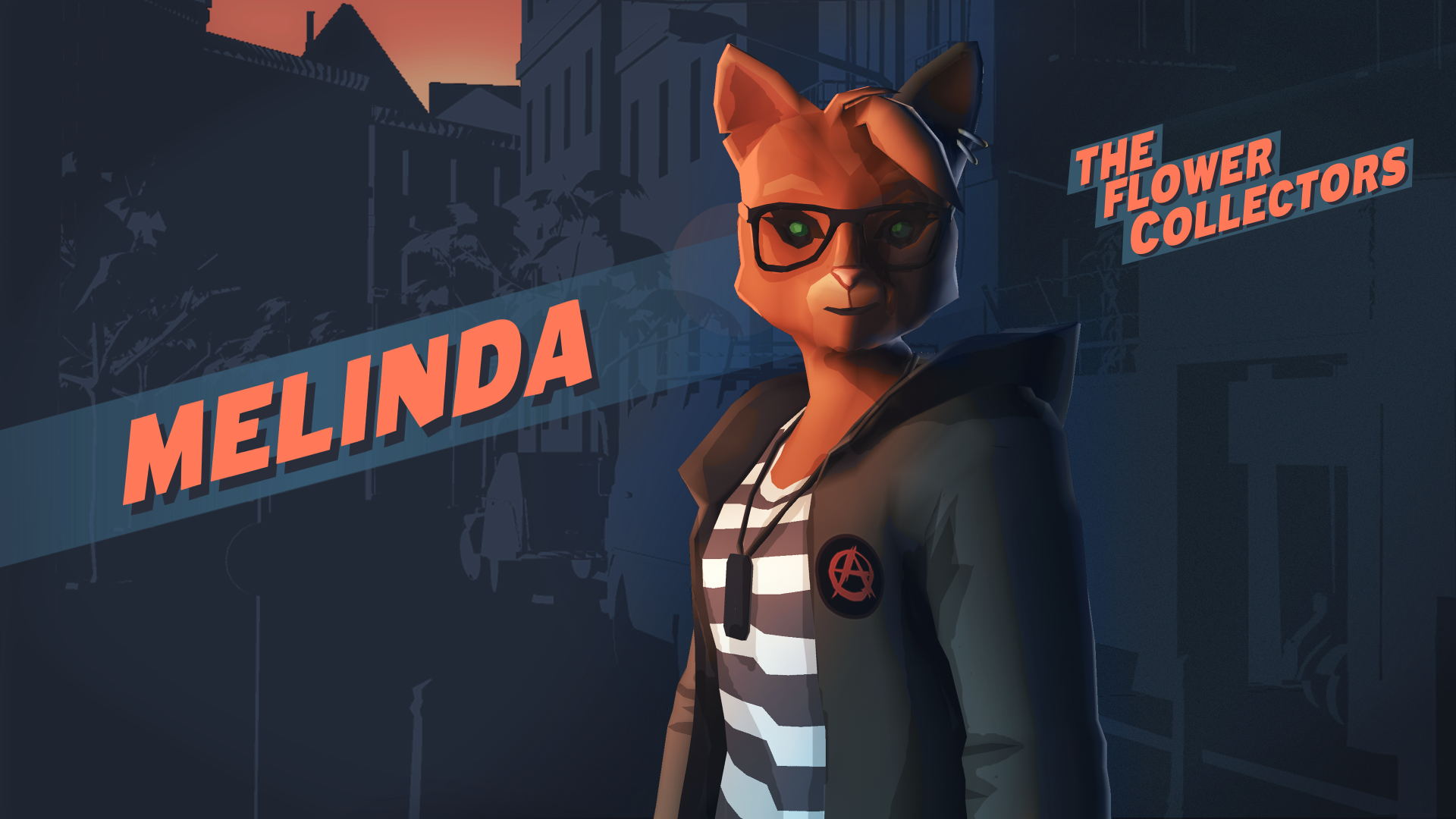 An ambitious journalist, determined to uncover the truth.

Like every good murder mystery, The Flower Collectors features both detectives and suspects. 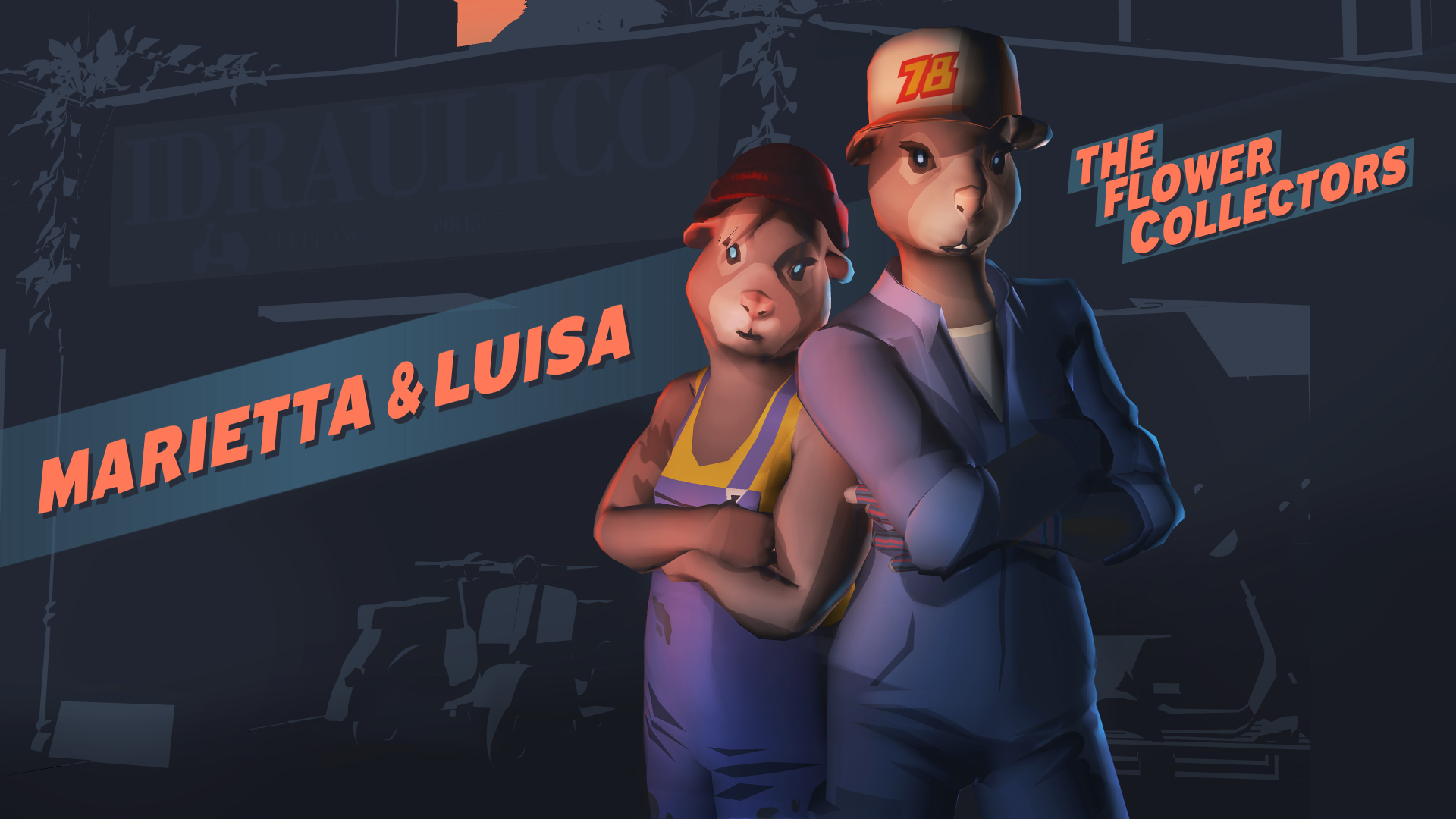 “The mechanics, Marietta and Luisa. Always busy... Anna said the lights in their workshop were on during the night of the murder.” 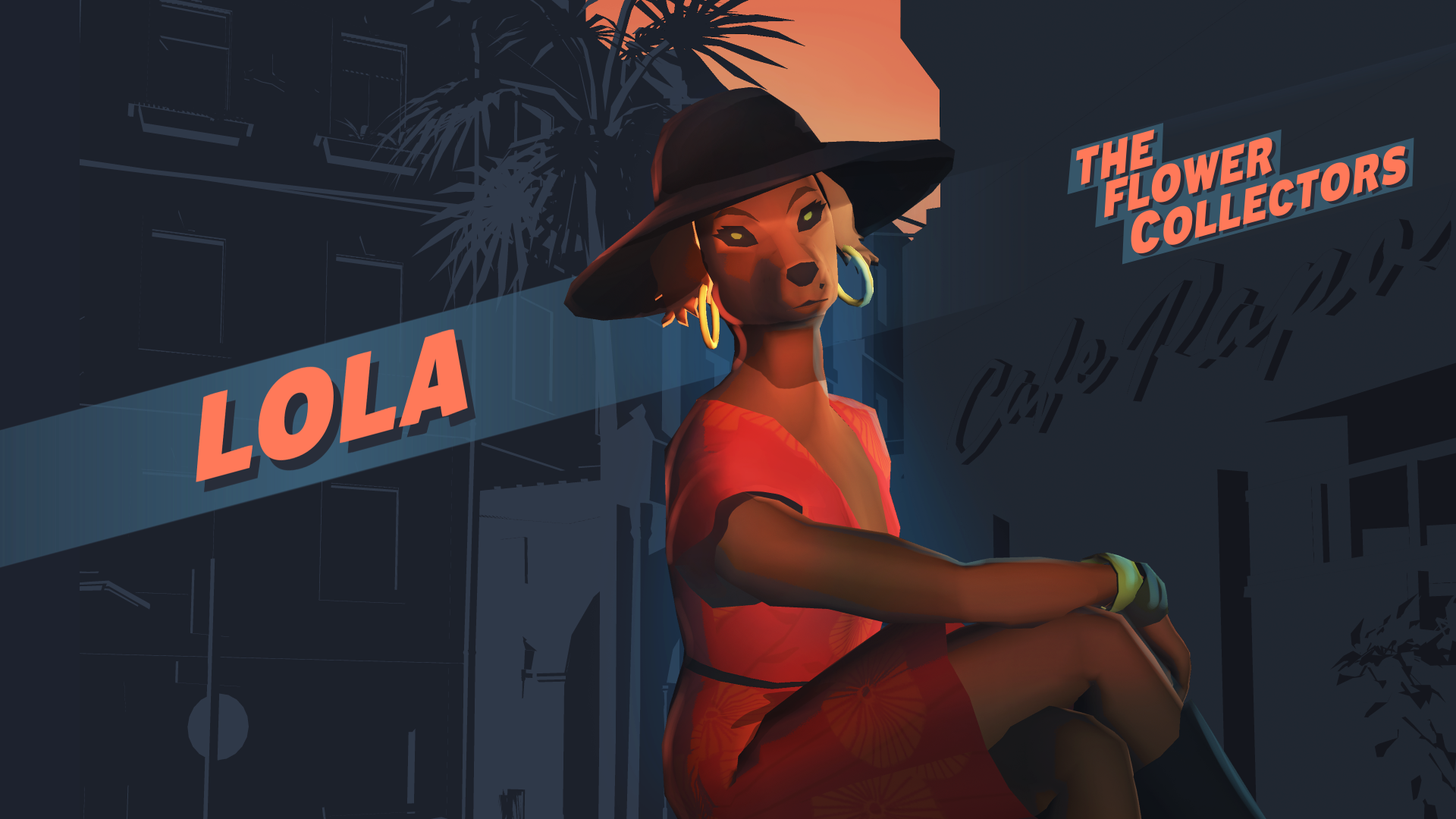 “Lola, the cabaret singer, has been frequenting the café across the plaza a lot lately. Why would she suddenly become such a loyal customer?” 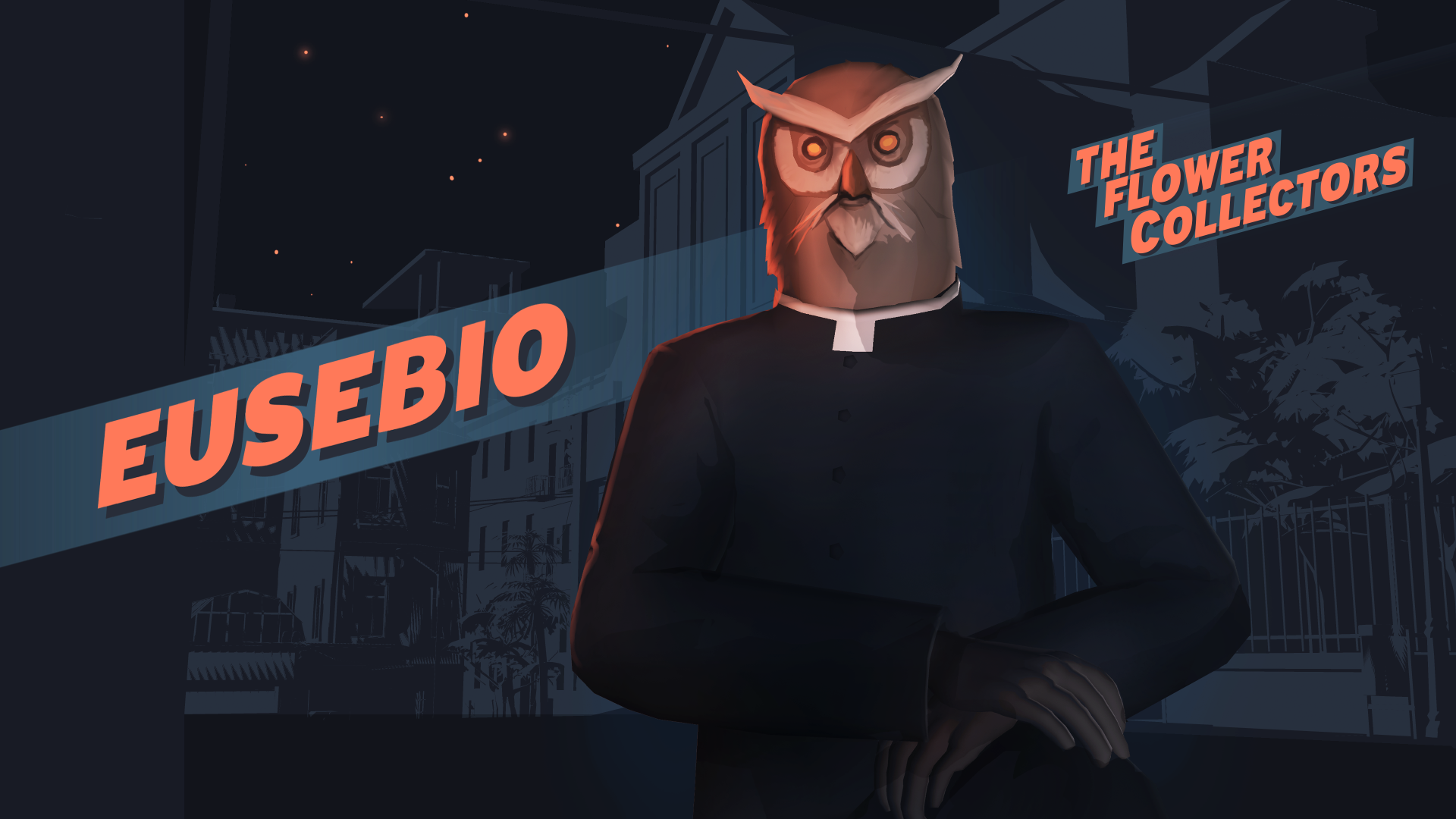 “Padre Eusebio is the head of the local church. All those confessions... he must have dirt on practically everyone around here.”

While we have previously shown you a few set pieces of our Barcelona 1977 setting, and now also introduced some of the suspects that inhibit the colourful city, today we also want to give you a first look teaser of how the gameplay of The Flower Collectors will look like.

While we don’t want to give away too much just now, we can say that the game will be played in a first-person perspective. You can even see Jorge's shadow & wheelchair when you look down.

From Jorge’s balcony you will be able to watch as day-to-day life plays out in the neighbourhood below, to piece together clues. One very handy tool for that will be a camera, which you’ll be able to use to take pictures as evidence.

Lastly, you will be able to pin pictures up on your evidence board to try to work out who the murderer might be.

You can find much more info about the game, screenshots, gifs and much more about it on the Steam page.

If you like the look of The Flower Collectors we would really appreciate if you could wishlist it, since that is super helpful for a small developer like us in order to get Steam to notice the game.

From Vienna with love,
Your Mi'pu'mi Team

Austrian independent developer Mipumi Games are pleased to announce that their award-winning narrative adventure series The Lion’s Song is available...

The Lion's Song Complete Season coming to you in July 2017

Mi'pu'mi Games is proud to announce the full release of their narrative adventure series The Lion’s Song will be releasing this July along with the...

Tags
Embed Buttons
Link to The Lion's Song by selecting a button and using the embed code provided more...

Reliefs The Time of the Lemures Adventure

A 'Hunter, Gatherer, Whatever' Story Adventure