The Line is a new innovative action puzzle game that requires a heavy dose of both logic and skill. In the Line you meet Eddy who is confined to the line from which he was spawned. As his guardian you are tasked with protecting him from the many dangers he will encounter as he makes his way ever forward. This is done primarily by drawing and erasing lines from his environment to find him safe passage. In addition to fire and ice spells to control his speed, you will also have access to catapults and bumpers to shoot him over and around danger. Along the way you will encounter 55 levels filled with logic puzzles wrought with many hazards, such as electrical beams, burning coils, acid droppers, angry slugs, explosive mines, etc...

The Line nominated at IMGA, updates and Lite versions! 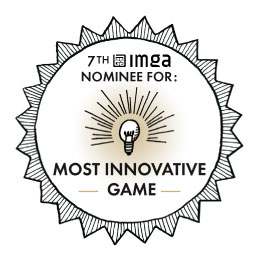 We're very proud to announce that The Line as been nominated in the most innovative game category at the International Mobile Gaming Awards!
The winner will be revealed at the IMGA ceremony during the Mobile Wold Congress in Barcelona, Spain, on February 17th.
If you're in the area between the 14th and the 17th February, be sure to come by and enjoy the party with us!
---------------------------
In addition there are quite a few new things going on with the game.
The Line iPhone has been updated with a smoother camera motion, a pan function that can be triggered using 2 fingers while using the Ice spell and 15 achievements through Game Center.
Be sure to update if you already got the game and if you don't, you can get it HERE for iPhone and HERE for iPad.

We also released a lite version for both iPhone and iPad so you can try the game out before purchasing the full version.
The iPhone Lite version is HERE,
and the iPad Lite version HERE.
Feel free to tell us what you think about the game. It helps us to make better updates!

Talking about updates, we will submit another one tomorrow on iPhone and by Friday on iPad. It will include new levels, a scoring system, OpenFeint with achievements and leader boards and Game Center leader boards.

Stay around, we'll have more news regarding The Line very soon!
Thanks for reading :-)

The Line HD is out, trailer, iPhone update!

Once again, we are proud to announce a new release and this time it is for the main version of The Line! When I first designed the game, I had a large...

The IOTY Top10 is just ahead and I would like to thanks all the people who voted for us and those who may still do so. Thank you! It has been a very busy...

The past 15 days have been big in events with the IOTY and the release of the iPhone version of The Line. As we are approaching the end of phase 1, we...

All the Ants from the Hive are humbly joining me to announce the release of The Line v1.0 for iPhone in the iTunes App Store. It took a little time but...

This is not a dumbed down game. It took 5 hours of fairly intense play to complete every level and bring in every orb. If you like refining your skills and crushing others with your technique and speed this will be your game. Level 49 requires you to have the slugs chase you from beginning to end. In addition to continually having to push the fire button to escape the digital phantom mollusc you have to input 58 exact and sequential moves. As your speed is defined by the pursuer, I have worked out that no-one can beat my best time. Very satisfying. This is not a game to complain about but a game to master!!

Thanks for the comment. It really cheers us up :-)
By the way, let us know you best time on level 49 and we'll try to beat it!

Thanks! I actually really enjoy your work too :-)

The Line is on the AppStore RIGHT NOW!
Rush and buy it! :D

Aye aye! And the news about it is waiting for IndieDB authorization :-)
All the thoughts about the game are welcome either positive or negative so we can prepare the update the best way possible :-)

Make sure ill buy it asap ;) (im at a trip right now. god bless the net sticks and 3G networks.)

That's very nice of you. Hope you'll enjoy it as much as we enjoyed making it :-)

The iPhone version can be out anytime now. We're waiting for Apple. 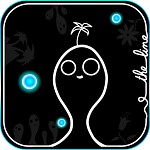 Tags
Embed Buttons
Link to The Line by selecting a button and using the embed code provided more...