Genre Cheerful shooter in an original setting Story In order to increase his crops, a farmer decides to use a new experimental substance to enlarge the size of fruits and vegetables and boost their growth speed. However, fruits and vegetables he got suddenly began to mutate, learned to move on their own and think. And at some point they decided to take their revenge upon humanity for the experiments on them… Gameplay The gameplay includes elimination of vegetables and fruits attacking a player, thus harvesting their juice. However, attacking enemies decrease its level and a player must observe the juice level in order to complete a level. One may destroy their enemies with one of a number of weapons or grenades. A player may also collect money and spend it for upgrades or weapons. Key Features The game has everything to enjoy playing it: - bright cartoon graphics with low system requirements; - plenty of humor; - dynamic gameplay. So, All that you have, it’s your trusty gun. Al 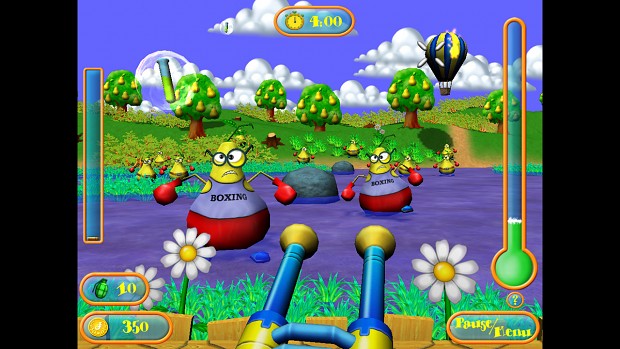