The Adventures of Rick Rocket

Defend the Earth from alien invaders in this unique 1950s style space shooter! It's the golden age of space exploration. As mankind begins to venture out into space, a mysterious alien armada appears and launches an all-out assault on the Earth. Space Command calls on its best pilot, Rick Rocket, to take the controls of the experimental X-01 rocket ship and repel the invaders. Join Rick on an epic adventure across the Milky Way as he tries to learn who the aliens are and why they attacked Earth! This story-driven shooter features a wide variety of creative mission styles (every level is different), over 30 different enemies that show real damage as they're hit (no silly, artificial health bars), and intense space battles between opposing fleets!

The Adventures of Rick Rocket v.1.1.2 for Linux is available!

The Adventures of Rick Rocket v1.1.2 is now available for Linux. This is a Linux-only patch to fix some issues reported by gamers. 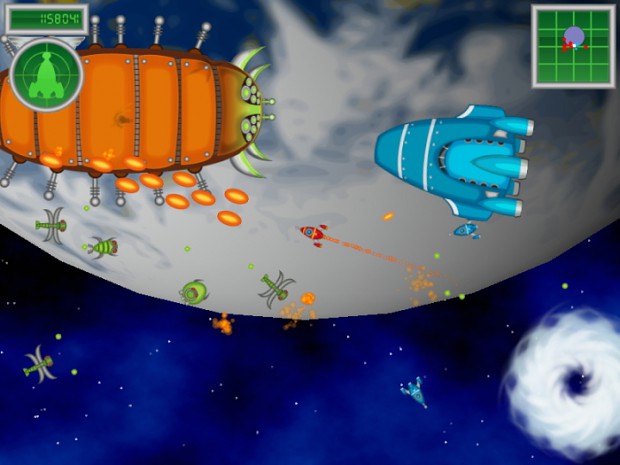 If you previously tried the Linux demo but couldn't get it to work, give it another go. It should work much better now! Enjoy!

The Adventures of Rick Rocket Released on Desura

Defend the Earth from alien invaders in this unique 1950s style space shooter!

The Adventures of Rick Rocket is now half price!

The Adventures of Rick Rocket, a unique 1950s-style, 2D space shooter, is now just $9.99! Available for Windows, Mac, and Linux.

I bought this game a while ago for my son. I was surprised. It looked like it was just a cute, kid friendly 2d shooter. It actually has an interesting plot and a nice mix of level objectives, power ups and types of opponents. I remember the steering taking a little getting used to. In the end it didn't stop me from wanting to complete the game.

It is basically a cute, 2d shooter, but I think it is a fun one.

Tags
Embed Buttons
Link to The Adventures of Rick Rocket by selecting a button and using the embed code provided more...