Tenshu General is a casual strategy game with a board game look and feel. Set in the time of the samurai in early Japan, players control a Tenshu castle from where they rule their land. Moving their armies from province to province they try to close in on the enemy’s Tenshu and destroy it. Tenshu General mixes traditional Risk and Stratego elements with RTS mechanics, in which the player has to define a strategy based on deduction and tactical skills. She can play against human like opponents which can have different characters and play style such as opportunistic, defensive, casual or Gung-Ho. 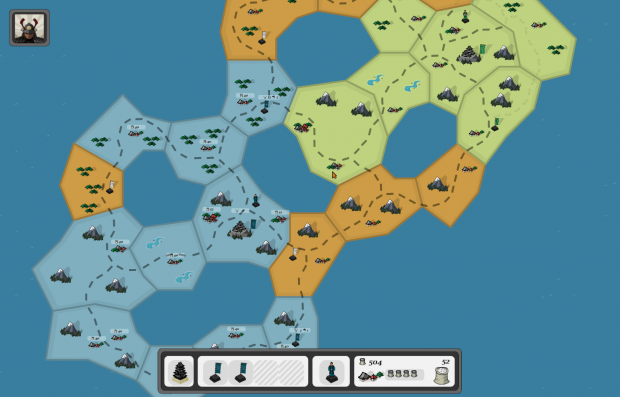 This is one of the maps that come with the custom maps feature.