TankBot is an experimental game created as a way of teaching myself Python and the Blender Game Engine. It is a top-down, strategic tank-busting game where the player uses skill, trickery, and ricocheting rockets to defeat levels of tanks with varying difficulties and an arsenal of abilities.

RSS The First Demo is Away!

This update brings many glorious changes to TankBot, including reworked AI, new levels, a handsome new look, and a downloadable demo!

After a long weekend of programming and 'Blendering' I've finally got a version of TankBot that I'm proud to be showing to the vastness of the internet.

As promised, a video of TankBot!

The First Demo is Away! - Indie DB

It is surprisingly hard to hit the enemy head on in one on one battles now. 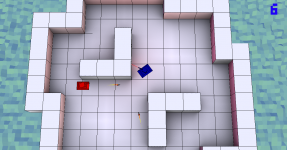 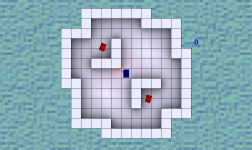 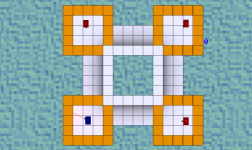 P.S. The awesome music used in this demo was crafted by Love Aurell at Soundcloud.com