This game lets you take the role of a military scientist who was working on getting robots to think in groups, but during testing some robot broke the walls of the testing compound and escaped in to a vast forest. They started kidnapping walkers in the forest for their own experiments soon their army grew exponentially and came after you. Armed only with modified guns you are faced with surviving the swarms of the deadly robots. The game is free but a donation would help the development of this game and the next game. 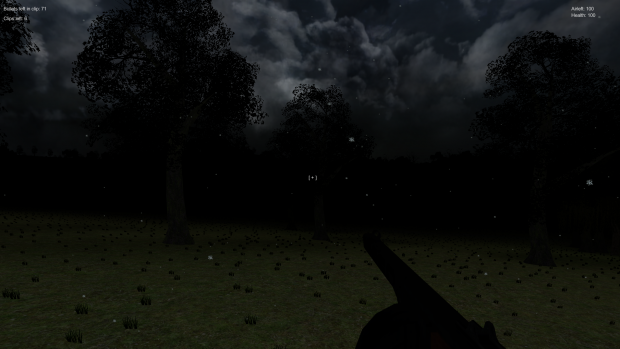 These are images of version 1.2.2, in this version rain scenery and a demo story mode were added.