Surviving Titan is an open world, action packed, survival adventure game. You will have to craft, build, fight and explore to discover all of the mysteries of Titan.

You've crash landed on the planet Titan. Suffering from amnesia and armed with only a basic survival kit you begin exploring the planet looking for any signs of life. You are accompanied by your ships standard issue survival droid, their job is to help keep you alive.

Explore a large open world full of mysteries, dangerous creatures, rare resources and surprises. Live long enough to discover the mysteries of Titan, find other survivors and attempt to escape the perilous planet.

Surviving Titan version 1.0.0 is now live and available to download! With this new update comes destructible terrain, a completely revised GUI, new control methods, performance boosts and improved gameplay! This version is an almost complete rewrite of the core game engine from the ground up.

With the new engine upgrades this will allow for new content to be added far more easily than before. It also opens up the possibility of much larger changes such as the addition of new biomes.

A major change in this update is the ability to destroy terrain. This can be done using either explosives or mining equipment such as the pickaxe or drill!

Without a doubt the most commonly requested feature was the ability to use the mouse to fire and attack with, this is now the default control scheme! The way you interact with objects has now also changed, you use your mouse to hover over the target and 'e' to interact with it (this is fully rebindable)

Another major change from the previous release is the GUI. Almost everything has been updated to be far more intuitive to use. Take a look at the new inventory and minimap screens - 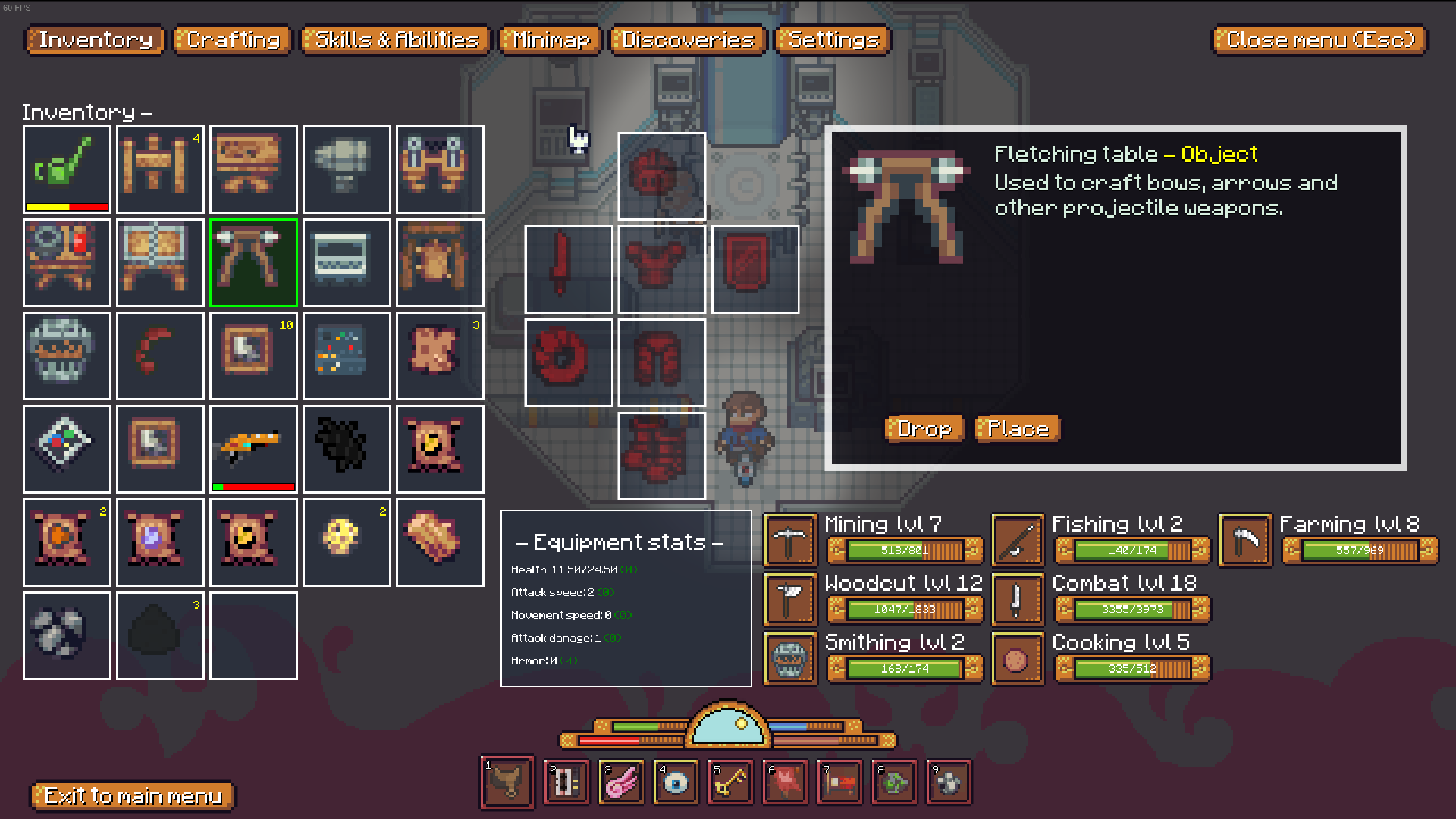 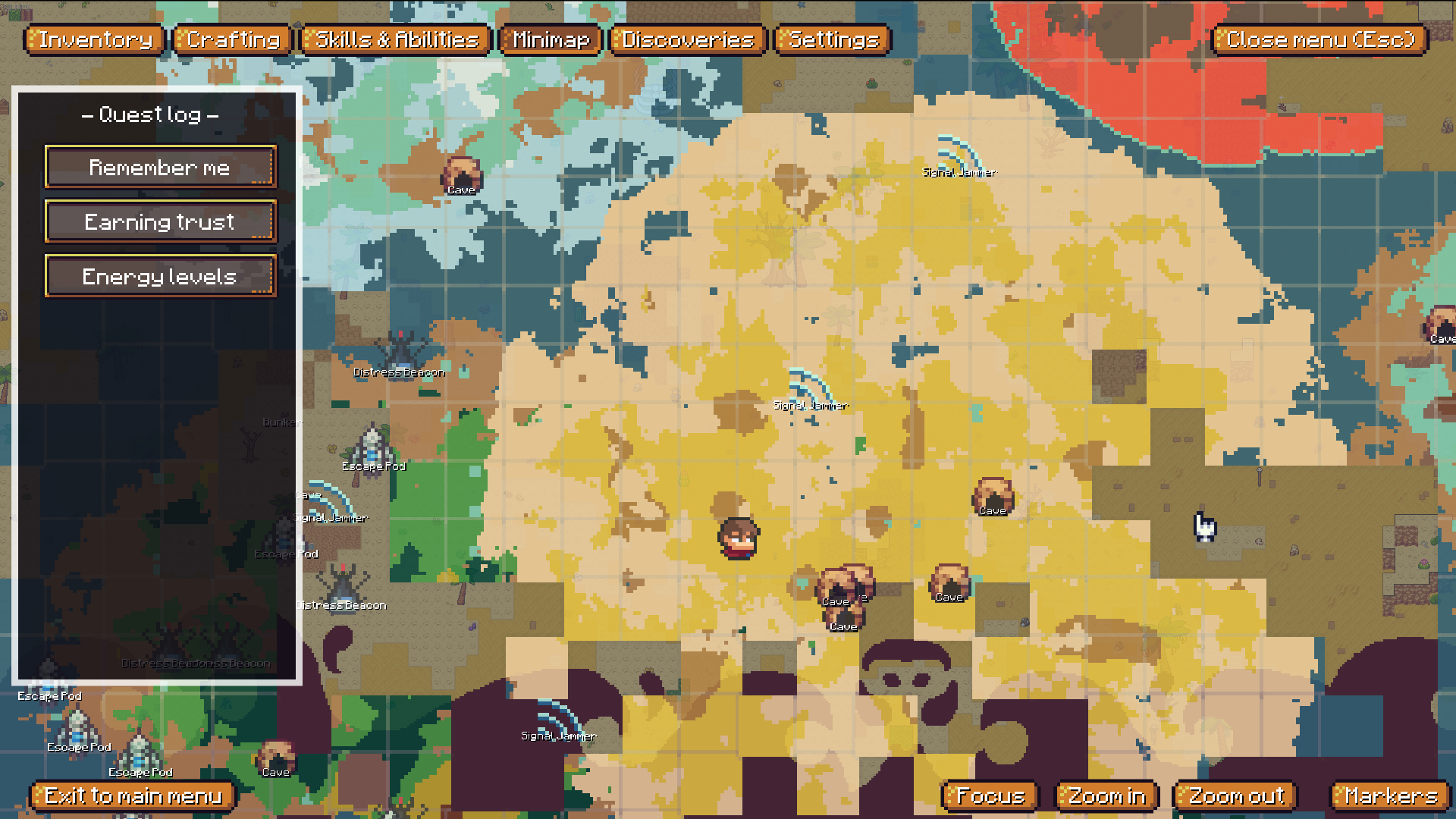 Another requested feature was the ability to queue multiple different items at workbenches at once. This is now possible for all workbenches in the game! 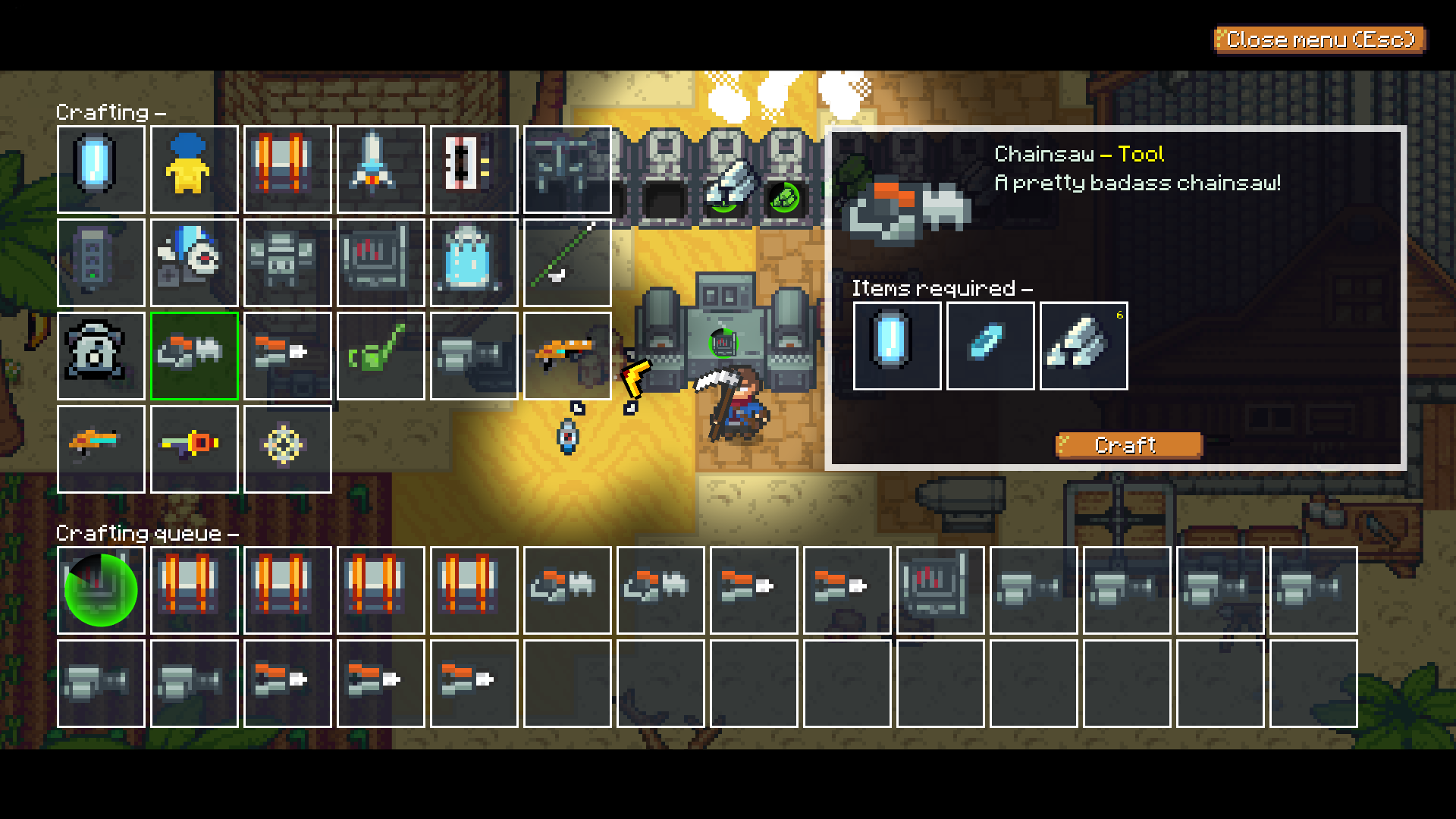 Here is the full list of major changes for this release -

Unfortunately old save files will not be compatible with the latest update. I tried my best to allow the old files to be converted, but in the end it did not prove to be possible with all the core engine changes.

I really hope you guys get a chance to try the latest update and would love to hear what you think. Also please feel free to join the discord channel to report any bugs or discuss ideas for the game -> Discord.gg

I hope you all enjoy the update and look forward to adding new content in the near future!

Surviving Titan - Out now on Steam, IOS and Android!

I present to you a teaser trailer for Surviving Titan! It has been a long time coming and I am extremely excited for you guys to take a first look!

The last few weeks have been pretty crazy on the world of Titan! I have been stress testing the game considerably to try and squeeze out as much performance...

Wow, this looks so cool!

The End Is Nigh Adventure

Under a Rock Adventure