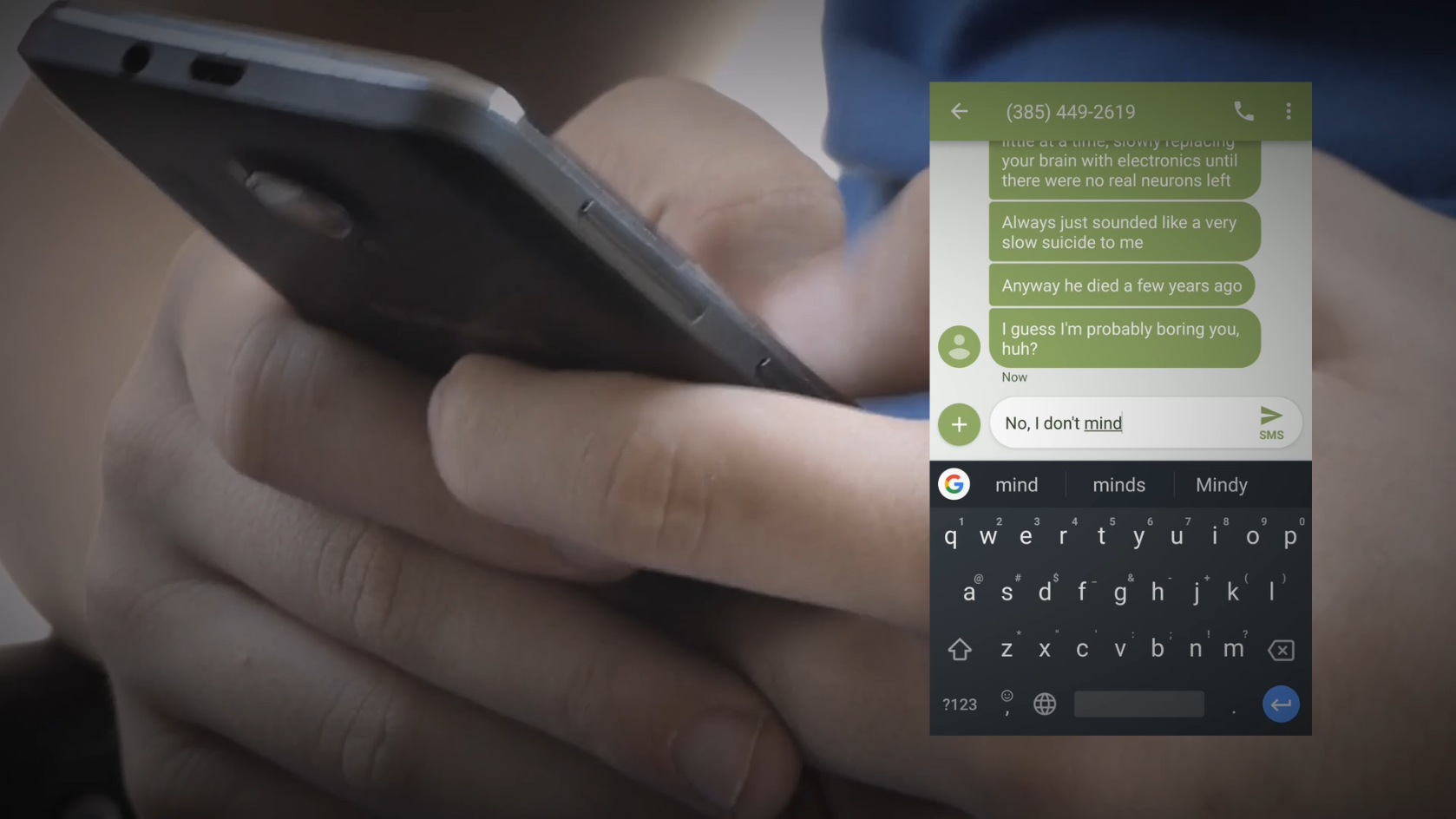 What would you do if you got a text from someone you didn't know, who said they needed your help? Would you trust them?

Subtext is an Alternate Reality Game (ARG) that plays out in real time through real communications (text messages, phone calls, emails, etc.) that you receive from characters. You'll need to solve puzzles, break into systems, and use social engineering to unravel the story of a mysterious research facility and a person who found themselves in the wrong place at the wrong time.

Thanks for voting and helping Subtext on it's quest to become the 2021 Indie of the Year. You are now in with a chance to score some free games. Help this game secure more votes by embedding the widget (or link) we have included below on your favorite sites.

COLUMNAE: A Past Under Construction
Post article RSS Articles

And Now For Something Completely Different - Making a Demo for Subtext

Subtext is an ARG that plays out through real text messages, phone calls, and emails that the player receives. While Subtext isn't the first game to work this way, it's a format that many people won't be familiar with, so I wanted to create a demo to give players a chance to try it out (and also make sure that their phone is compatible). Traditionally a developer would simply cordon off the first few minutes of a game to serve as the demo, but this would not have been ideal for Subtext for several reasons:

So, I decided I would make the demo an entirely separate experience. The main qualities I wanted to communicate about the full game were:

Note: Spoilers for the Subtext demo puzzle are up ahead. If you haven't already played the demo, consider doing so first.

For this I decided to take a page out of Majaestic's book and go meta. If you sign up for the demo, the first thing that will happen is nothing. For about 3 minutes after you get the "Registration Complete" screen, you won't get any contact whatsoever from the game. This gives you time to click over to another tab and half-forget that you even signed up, but it also suggests that maybe, just maybe, something has gone wrong. Eventually, you'll get a text: 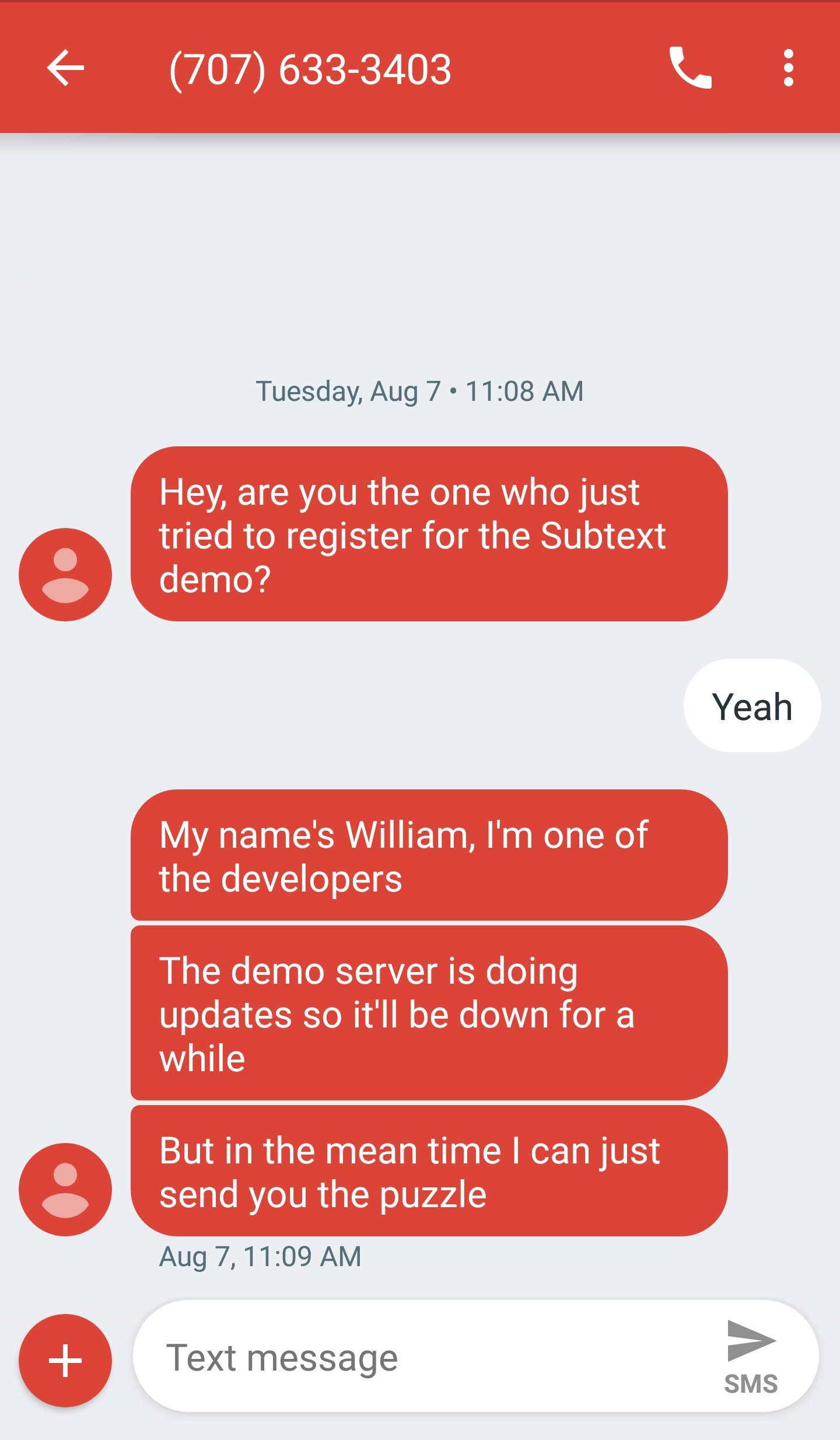 It's not so much that the fourth wall has been broken, but that no one ever bothered to construct it to begin with. Many players don't even realize that they're talking to a bot at first. At this point, you'll be sent a puzzle image that looks a bit like this: 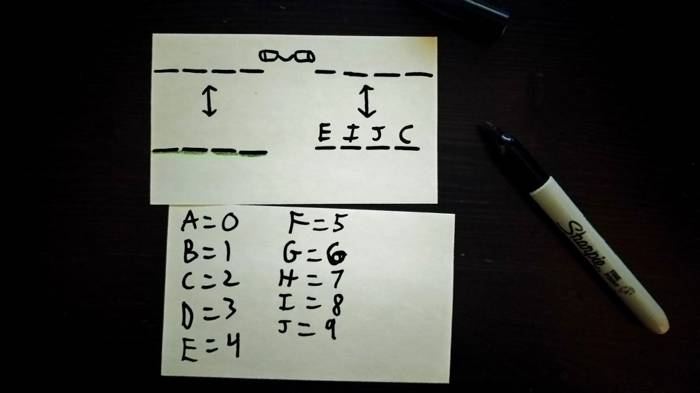 The letters will not be the same, however. This photo is dynamically generated because the puzzle involves the player's own phone number. To get the solution (the four letter word that goes in the blanks at the left), a player needs to first convert the letters into numbers using the key (4892 in this case), and then realize that those are the last 4 digits of their phone number. From there, hinted by the drawing of the tin can telephone, they can look at the last 4 digits of the number that sent them the puzzle in the first place, and convert them back into letters to get the answer. This is a short puzzle, but hopefully it shows the out-of-the-box nature of the game, since most of the information you need to solve it is in fact not in the image itself but already on your phone by the time you receive it.

While some people have found it confusing, I'm very pleased with how the demo came out overall. It communicates the strengths of the full game without tipping any of the actual plot, and throws players for a loop as they debate whether they're talking to a real person or not, a theme which returns throughout Subtext.

But the way you set it up made it pretty easy for recording (except that night thing :) ) and it would have been troublesome to record it under "normal" play conditions.