Yo so there are three teams, infinite autogenerated super pretty world. you may go around the map as any of the players (owning / possessing indicated by arrow) you may switch to another of your team or change team after the current character dies. It has infinite world. Random generated but still very pretty. The concept is very basic. Go hack and slash there were a lot of those games in the 90s and this indie game is in their spirit

Thanks for voting and helping Stones in Clouds on it's quest to become the 2021 Indie of the Year. You are now in with a chance to score some free games. Help this game secure more votes by embedding the widget (or link) we have included below on your favorite sites.

Defense of the Tanks 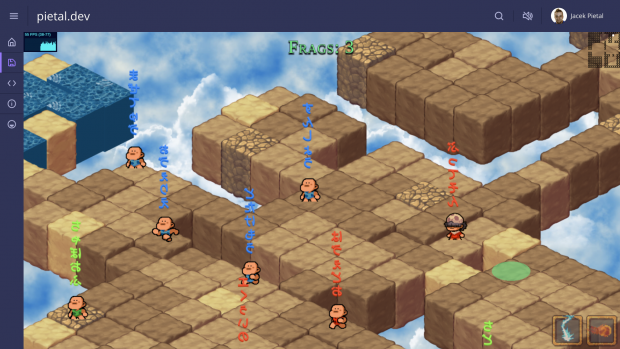