Yup! Your eyes are NOT deceiving you! That is a massive jump in version number, because today we're shipping out a MASSIVE update to Starforge! We'll be highlighting all the changes and additions to the game in this post, and be linking you to the brand new trailer for you to get a sneak peak at our latest effort!

This update brings massive changes to the game, and really adds a depth and breadth to the player experience of Starforge. One of the biggest changes you'll notice is the addition of high-end loot zones in the form of crashed ships. 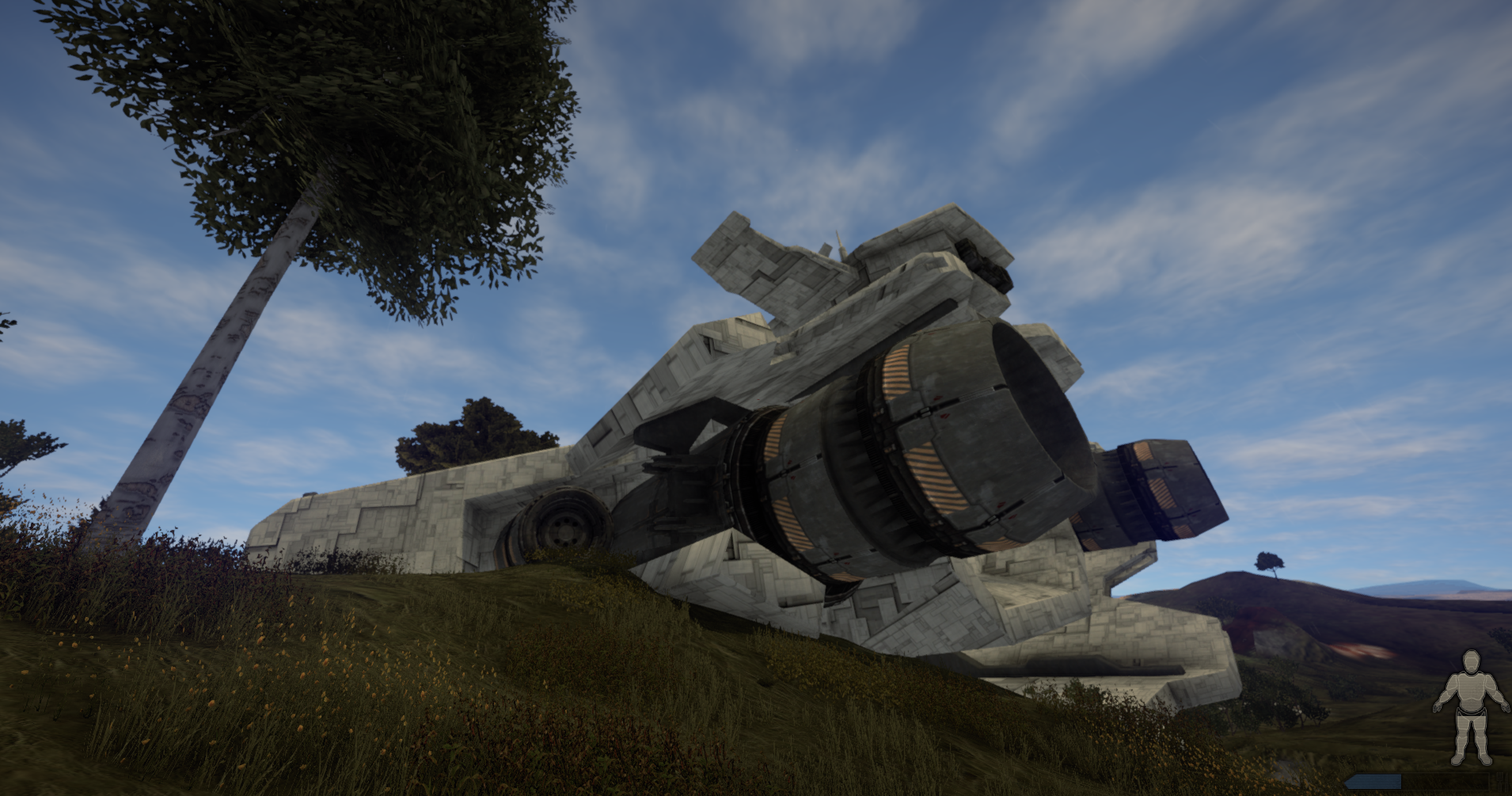 These ships are areas that are highly irradiated, and will cause damage over time as the player remains in their vincinity. Also, the entrance to the ships is often just out of reach, forcing the player to have to work to get into the ship itself. Once inside, the ship will be full of enemies and excellent scavenging booty. While it may be irradiated, difficult to access, and teeming with enemies, we promise that through all the danger and effort, the loot will be worth it!

Another major feature included in this patch is fully craftable and equippable armor sets! Tier 0 being the Zero Suit introduced earlier in the game all the way up to Tier 3 Guardian Armor showed off in an earlier post. The armors add resistances from all kinds of different damage to the player, and affects the player's overall speed. 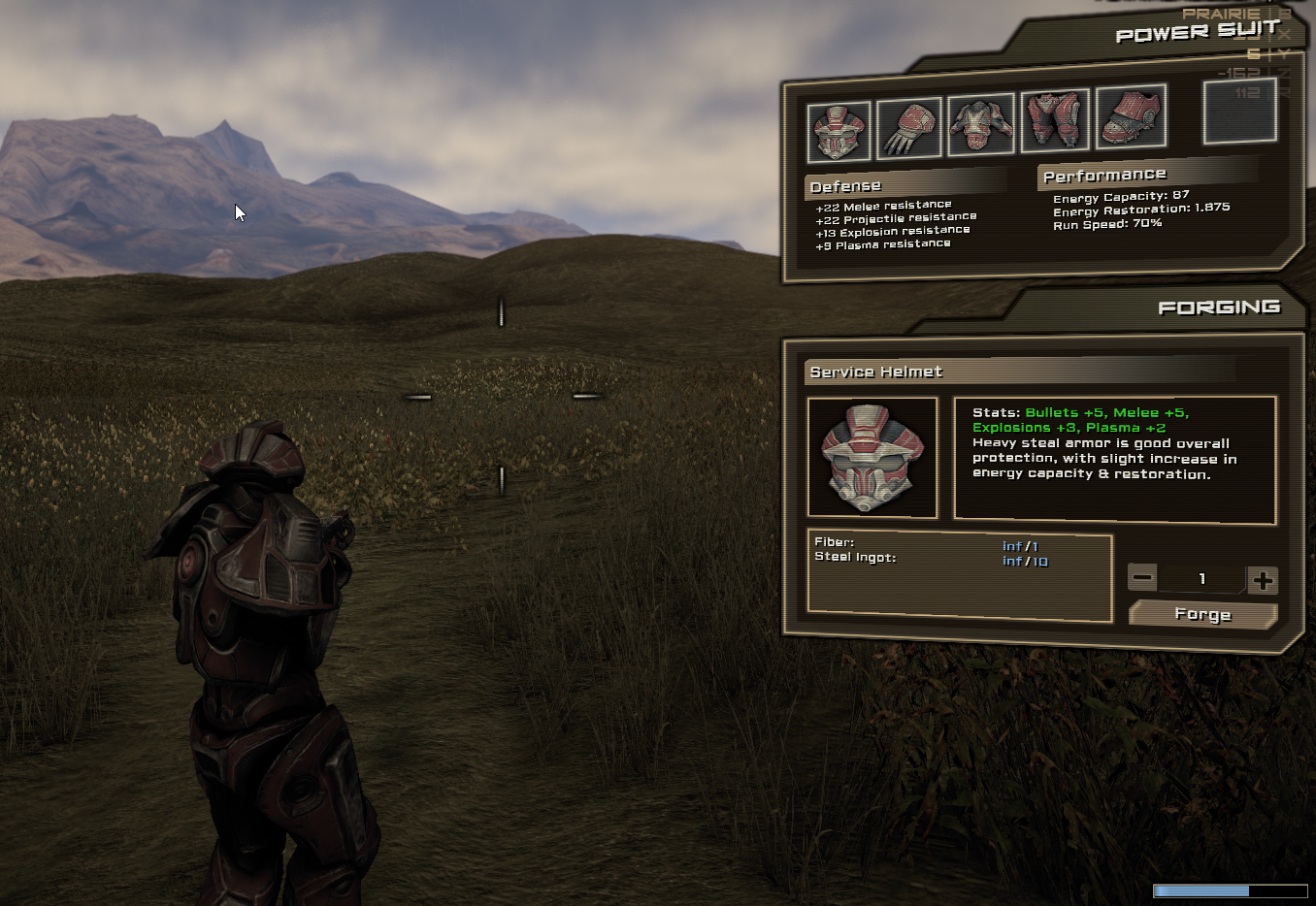 On the more technical side, we've finally got working 64-Bit support for the game! Starforge is now officially brought to you in all 64 bits of juicy digital goodness! This helps even out a lot of the memory-related performance issues with the game, and allows for a smoother, more detailed experience overall. We're really excited for this change as it allows this release of Starforge to be the most stable version of Starforge we've released yet. Multiplayer is a lot more enjoyable and tenable now.

In fact, players will now be able to enjoy up to 16-Player dedicated server support, with official Code}{atch persistent dedicated servers. Now, we'll be clearing the servers with some frequency until we get some of the issues ironed out there, and private dedicated server hosting will become available in future updates as well.

On the player side of things, we've got all the new drill models into the game, and functioning optimally. Players will start with a pneumatic jack that is hand-cranked and can only mine a few of the numerous new resources found across Atlas.

Amongst other numerous changes in 0.7.5, we've also introduced a new animal for users to hunt down for food and fiber, to be able to manufactuer health and hunger injections. Introducing, the Wurmi! 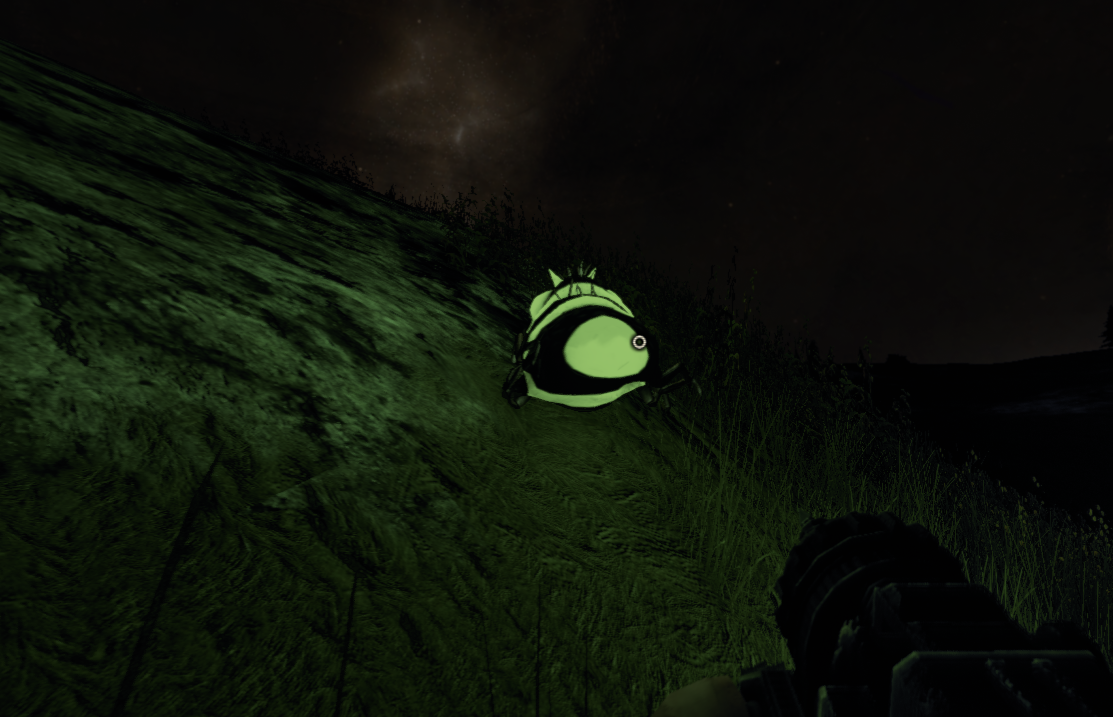 These little glowsticks-on-legs are the primary animals of prey on Atlas, and will fill any hungry player's belly with nourishment injection goodness! Straight to the gut, none of that silly through the mouth inefficiencies!

That about sums it up, as we won't ruin the rest for you all here. We want to leave *something* to the imagination, after all.

We've also done a lot of audio re-tweaks to the weaponry, drills and terrain effects. The guns sound throatier, deeper and absolutely a pleasure to listen too. We can't wait till you get to hear it all. On top of that, we've retweaked the particle effects for all the terrain as well. All in all, it's a brave new world out there, and we're grateful to have you a part of the experience.

So here we are going to release the entire changelog and bug fixes as well. There were 461 bug fixes for this update, the game got quite the makeover, with a heavy focus on optimization and bug squashing. See the changelog at: Starforge.typepad.com

You guys need to get it out there that this is being worked on alot more, The reviews on your page arent good, the only guy that I knew had the game, just at the mention, got angry and severely doubted that it received a large update today. Theres some real potential in this

Completely agreed, because this was actually me for a long time after buying the game. Took me spotting an update in the news feed on ModDB to realize work was still happening.

To be honest, I was also looking for this update. Once it came out I bought it on steam (I think there's still a sale) but I'm a bit annoyed with the drilling. Is there any way to drill faster at a later stage of the game? The weird-looking starting drilling machine doesn't seem to work very well.

Keep up the good work and looking forward to reading more updates.

You probably already figured it out, but yeah, you can upgrade to better drills as you go. Just started playing too, and finally got the titanium drill, which is just the next step up from the starter one.

This game came back from the dead in a great way. Hated this game for the longest time and uninstalled it. Loving the new update so far with about 7-8 hours in the last couple of days. Nice work!

Congratulations guys! This is some seriously amazing work. :D