Explore a living galaxy filled with alien civilizations, new and exotic worlds, pulse pounding combat, and a deep, rich history that is yours to unravel!

Congratulations! You are the Captain of Earth's very first interstellar ship. That's good. Really good. So very good. There's just one small problem. Barely worth mentioning but a hostile alien race known as the Scryve want to exterminate us. We need you to go find allies, discover and use these so-called Precursor relics to upgrade your ship and try to avoid getting eaten along the way so that you can save humanity. We don't want you to feel pressure though. Just the very future of the human race rests on your shoulders.

Star Control: Origins is in development! You can pre-order it now and get access to the Betas. Do so and you get the game at a discount as the price will rise the closer we get to finishing.

Beta 1: Fleet Battles. Assemble your ships into a fleet and take them into combat online, against devious computer opponents or against your soon-to-be former friend sitting next to you. You can also craft your own ships and fight with them and share them online. Available 11/16/17

Beta 2: World Maker. Build your own worlds, share them or add worlds others create. Then send your Lander to explore the surface, find relics and fight alien creatures. Available: This Winter.

Beta 3: Creator of Universes. Create a universe...within a universe! Alternatively, download universes others make and visit them and find out their stories, aliens, ships, planets! Available: After this Winter.

Final release: When it's done. Seriously, you'll tell us when it's ready. Right? I mean you wouldn't just make us work on this forever. That would be wrong. Cruel even. Star Control: Origins has a lot to live up to.

Quit reading and join us!

Star Control: Origins, the recently-released prequel entry to the long-running space exploration and combat strategy game, has released its v1.1 update which includes a free “Multiverse” DLC that introduces the ability to create and share mods.

A post on the official Steam Community for the game goes into more depth about what kind mod tools will be available to players. Players will be able to edit key values that determine how the universe works, such as gravity, weapon values, and more. Additionally, players will be able to create their own planets and entire star systems, along with their own new quests that can be tied to those systems and therefore criss-cross the galaxy in new and epic ways. Players can also customise their fleet of starships for use in these new adventures. 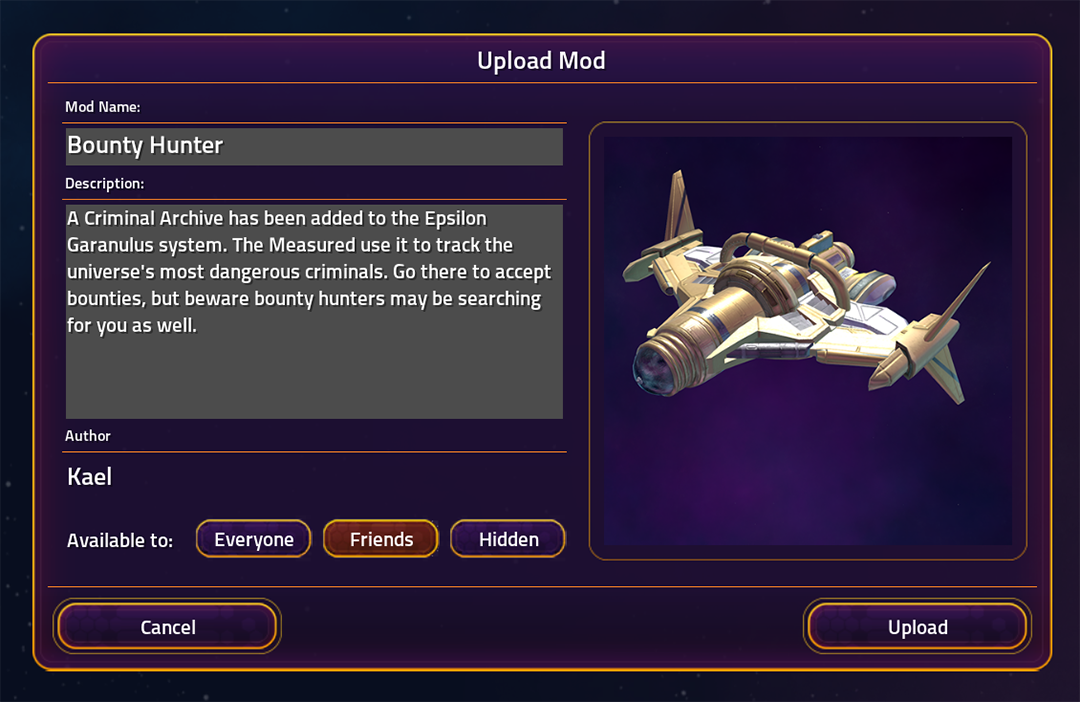 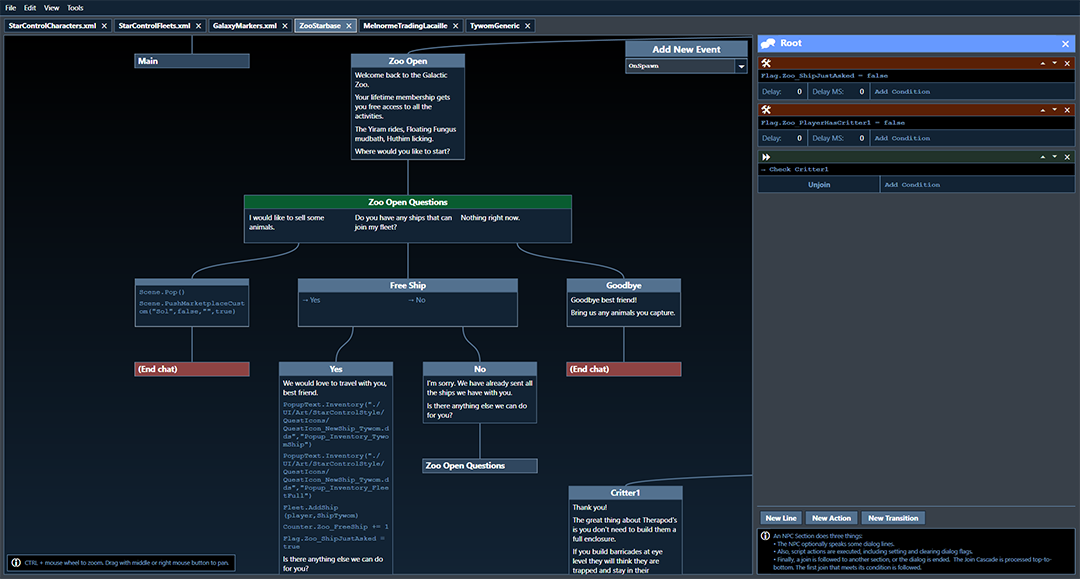 Thankfully, Stardock has released an in-depth modding guide and wiki that covers everything from how to get started with the mod tools, all the way up to sharing a mod. Some official Stardock-created mods have already been uploaded, so why not download the tools and get started on making your own epic Star Control Origins adventure today? Once you’re done, consider uploading your mod to ModDB and sharing with our community.

Star Control Origins’ Multiverse DLC is available now – you’ll need to manually add the DLC to your account via Steam or GOG.com in order to access the new mod tools. 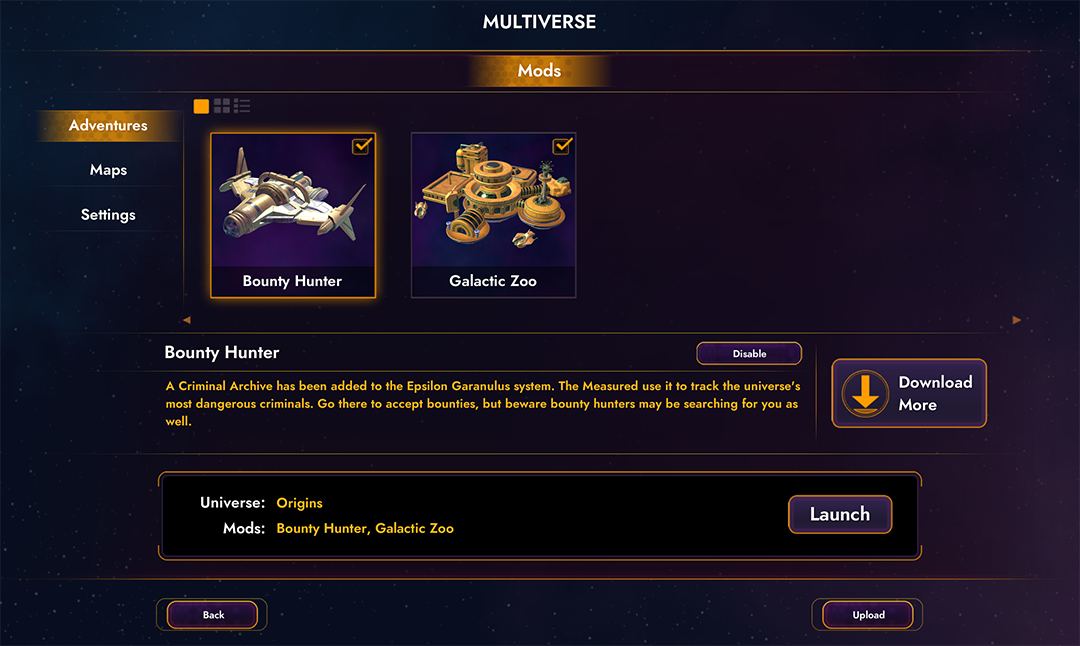 The biggest mod stories for the week of November 4 2018.

The Tywom are building a Galactic Zoo space station in the Eta Repeculae solar system. They need you to help gather creatures from around the galaxy to...

A Criminal Archive has been added to the Epsilon Garanulus system. The Measured use it to track the universe's most dangerous criminals. Go there to accept...