Star Command Galaxies is the next chapter in Star Command that is currently in Alpha for PC, Mac and Linux. Take control of a Starship in a randomly generated galaxy where players can build their own ship, hire and level up their own crew, explore alien planets on away team missions and battle other alien ships. 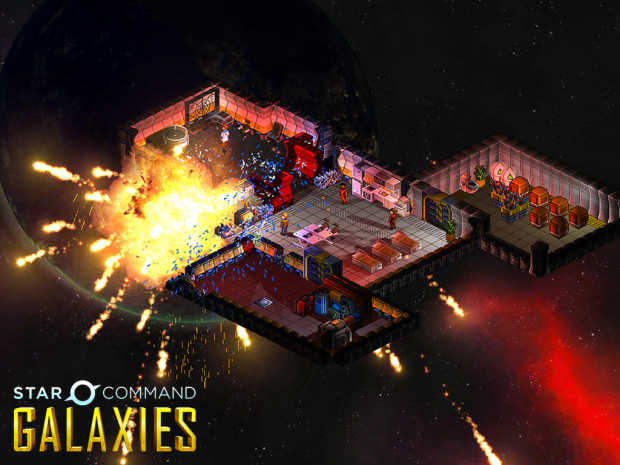