Speed Limit is a non-stop genre-warping arcade experience that never slows down. No cuts, no lapses in the chaos, Speed Limit is an old-school action extravaganza boiled down to its core elements: Hard. Fast. Addictive.

As soon as you think you've learned how the game works, it changes to a completely different genre, taking you through the history of the golden arcade era.

Fight through a nail-biting side-scrolling shooter, race to the finish in an explosive top-down car chase, take flight in a thrilling fake-3D dogfight, and expect the unexpected. Speed Limit seamlessly changes styles, transforms the gameplay, and offers new challenges the moment you feel comfortable.

And you will die. A lot. 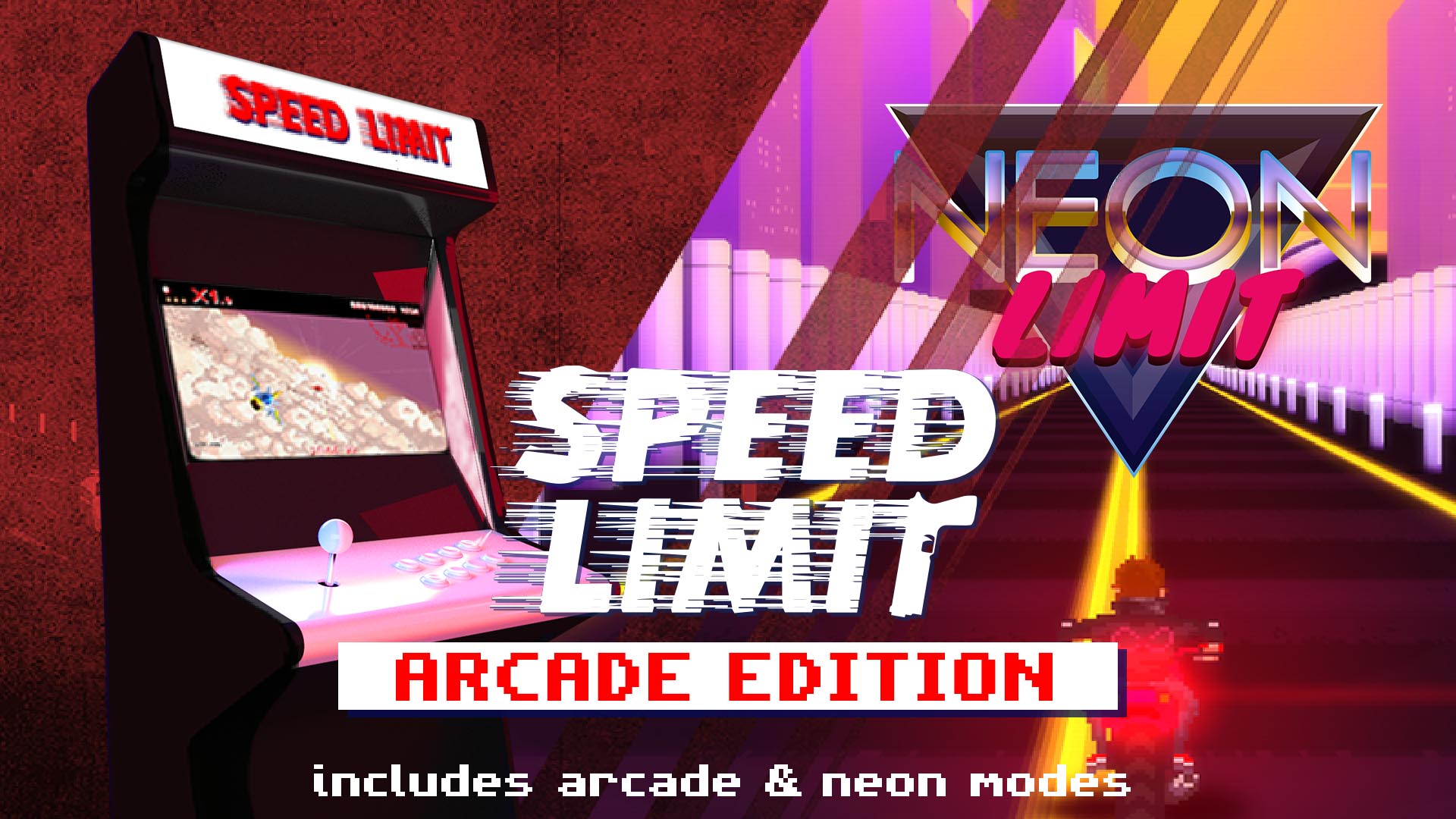 Following the Speed Limit launch, we are now a bit smarter in terms of what you liked, and what you wanted to have improved in the game.

In our minds, the game longevity, the number of levels, the difficulty is perfectly balanced, as all things should be, but seeing what you guys wrote in your reviews, in the comments on the Discussion Boards, and our Discord server, we've decided to make your wishes true.

In the first MAJOR update for Speed Limit, we are bringing TWO brand-new game modes.

Just like the classics of the 80s, Arcade Mode delivers a classic arcade experience with a CRT-like visual overlay and a standard credits and lives system.

You get to choose how many coins to insert before starting the game, including the option for unlimited credits, allowing players to tailor the difficulty to their own tastes.

Of course, as with the golden age of the arcade, part of the fun was chasing that high score and comparing it with your friends.

As such, Arcade Mode also replicates this by featuring a high-score counter to compete and compare your results with friends, contributing to much higher replayability.

For players who are more in the mood for a little bit of relaxation, Neon Mode has them covered.

In Neon Mode players once again jump on the bike before cruising along the highway in a neon-glowing recreation of the original game’s motorcycle levels, inspired by the synthwave track Neon Limit.

Bringing together 6 classic arcade genres into one seamless action-filled ride, Speed Limit is fast-paced action at its best.

Gamechuck has released a demo of Speed Limit on Steam! A daily train commute gone wrong: Speed Limit is one take, non-stop arcade experience that never...

We have released the first demo for Speed Limit, our hardcore retro action title.

The unique challenges of designing a custom arcade cabinet in an indie game development studio and the time necessary to complete a game hardware project...