Sky Battles Deadly caves... Massive robotic beasts... Fire breathing dragons... Fly your plane and battle ruthless mechanical enemies in ten fantasy settings. Single player mode requires players to capture gems and destroy targets before advancing. Multiplayer has you battle against enemy opponents online. Choose a world in the lobby and show everyone who's boss. Air combat with emphasis on strategy and skill. Do you prefer to silence your enemies with stealth or do you prefer laying air mines? Find out in this 3D air combat shooter. This game is coming to PC, Mac and mobile and is in a playable state. Follow the thread for upcoming links to playable builds and launch date. By indie game developer, Peter Lacalamita. Features: Single Player and Multiplayer mode. Fantastic dynamic environments. Multiple upgradable weapons like missiles, air mines and cloaking. Built using Unity3D 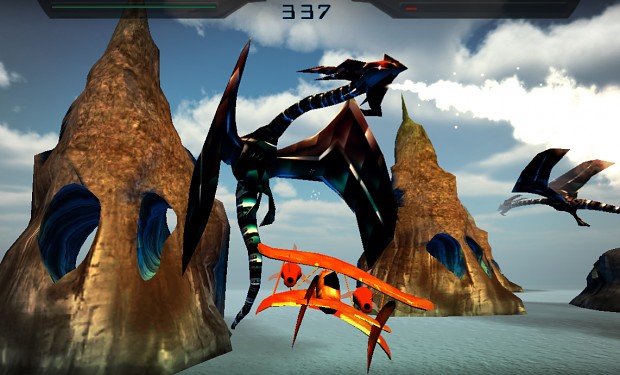