This week Sideral Defense has seen the light on PC on GamersGate.com at 1.49€, but also it has reduced its price to the 80msp on the XBox, seems that developers are forced to reduce even more the price of games due to the new layout of the dashboard, which has become a very hot theme on the indie XNA forums. 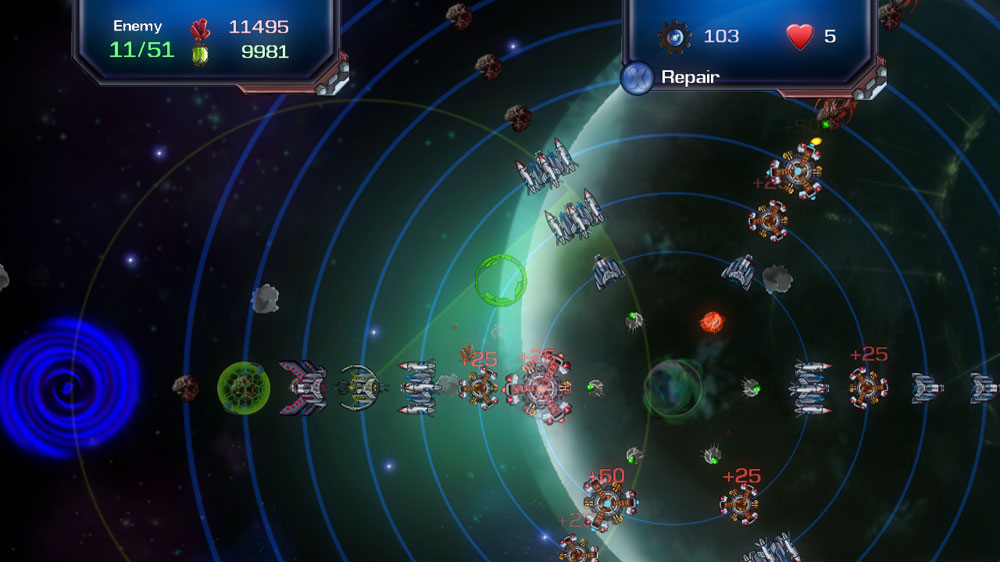 Sideral defense features a nice game that stands up for the Tower Defence genre. You basically control several towers that are placed in lanes leading to your planet.

Your mission is to protect the planet from enemies spawning on the black holes that surround the planet. 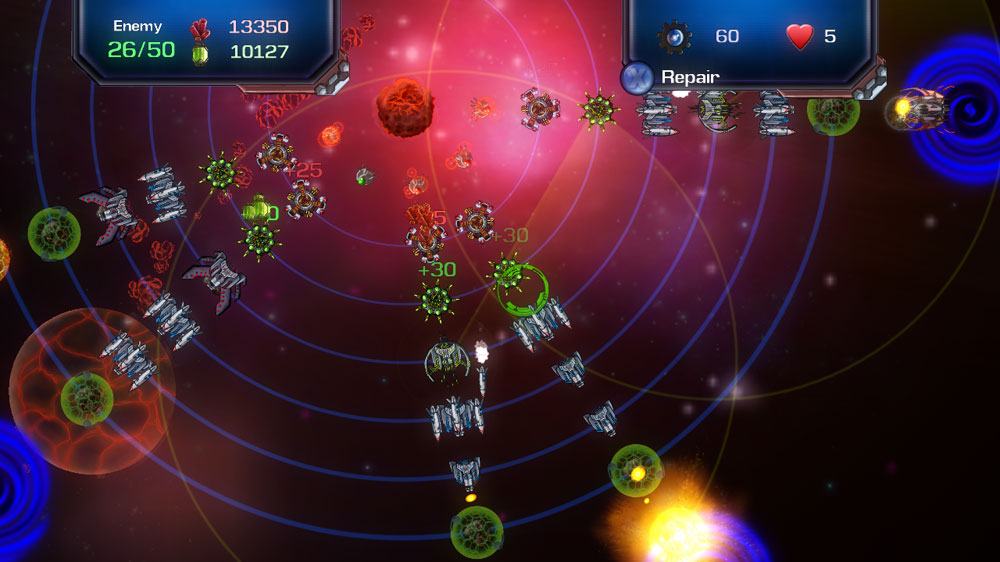 There're interesting strategies and possibilities in this game. It's a nice piece at 1 dollar price that's a bargain.

But also stay tuned because Sideral Defense may pop up on PC this week. For more information regarding this game and LYC Games you can check out their web site at Lycgames.com. But in the meantime you can get the game for just 80msp on XBox360 indie channel.

Sideral Defense is being Ported to PC

Sideral Defense which has been updated on #XBLIG with a challenging Time Attack mode, online Scoreboards and some difficulty tweaking is heading to PC...

nevermind i found it :)

You can also find it for PC with modding possibilities on the GamersGate.com, I hope we can make the game head to Desura. But still working on it. Very glad you're getting the game! let me know what you think about it.! Thanks.