Hi guys! Welcome to Seven Photos: The Photographic Detective! This game is inspired by Dangan Ronpa, Phoenix Wright Ace Attorney, and Layton Brothers! (Three of my favorite murder mystery games!) Put simply, Seven Photos is a murder mystery game where you have 7 photos to figure out exactly how and why you woke up, without memories, outside a locked room containing two presumably dead people. This is a point and click, action thriller game in which you try to figure out who the murderer is before you go insane. Could it have been you? Who's lying? You have seven photos to figure that out. Gameplay Point and click: -Look for evidence by clicking around for them! Drag to shoot evidence bullets: -When you get to the countering phase, drag to shoot the evidence bullet at the statement that you can prove wrong with that evidence!\ 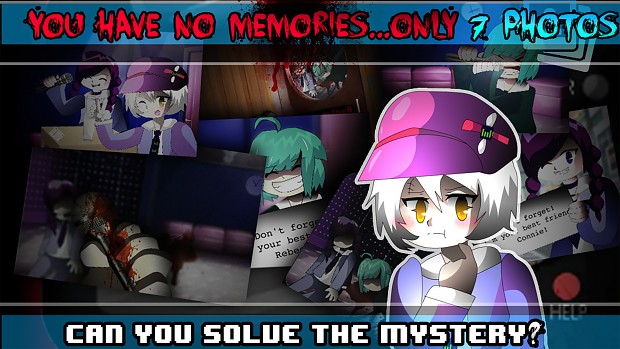