When players has some difficulties to solve a puzzle, it's probably because developers made mistakes... Today, we briefly talk about the importance of the learning process.

Guillaume has developed new tools so I can integrate sound effects now, helped by our sound designer (we will introduce to you soon).

In the same time, I have to improve the level design of few game sequences because we saw players having some difficulties when playing the demo at the Festival du Jeu Video. Here is a concrete example :

> Context of the game sequence


By entering a cave, the player discovers that it’s possible to grow “platform trees” exposing small trees with a beam of summer sunlight. The first “small trees” encountered are already in the level, but the player will have to seed several of them later. In order to create new trees, the player has to find a fruit and a place where he can bury it.

As you can see in the video, the player finds the place where he can dig a hole first then he has to find a fruit. He will find few ones in the next level, at the bottom of a tree, in the middle of a dark cave.

1 – The player has to find a fruit, but he never encountered any trees with fruits before so he just don’t know what they look like.

2 – The player has to find this tree in a quite intricate and dark level, enough to make the player lose is motivation and hardly identify the tree.

3 – Even if the player find the tree, he doesn’t know in which season the fruits appear. If the player doesn’t try to switch between seasons near the tree, it’s possible that he never notices this tree is a special tree.

Learning is an extremely important concept in video games. Players hate tutorials because most of the time they are too long and boring, that’s why it’s better to make the game itself a big tutorial. It means it’s better to learn new things during the whole game than learning everything at the beginning.
And yet I didn’t learn the player that trees with fruits exist and I made this knowledge hard to learn by setting the level so dark the player can’t even see his character. That’s not very clever, but playtests are perfect to find and correct these mistakes, and there are solutions!

> How to improve the level :

1 – “The player doesn’t know what a fruit tree looks like” : to correct that, we can put fruit trees in the previous levels, so the player will learn their shape and basic behaviour even before having to use them in puzzles.

3 – “The player can lose his character in the dark cave” : when the fox isn’t in the light of a firefly, the player can’t see his character. To avoid this, we give the fox the capability to take a special object in its mouth that will lighten his close environment, so it will be easier to navigate through the level and mentally re-build the labyrinth.

There’s a place, in the cave, where spring is mandatory : the water reservoir. The wall in the center of the reservoir wasn’t really interesting so I removed it and add an inaccesible platform with a fruit tree. When the player switches to spring, he can see the fruits growing in the tree. 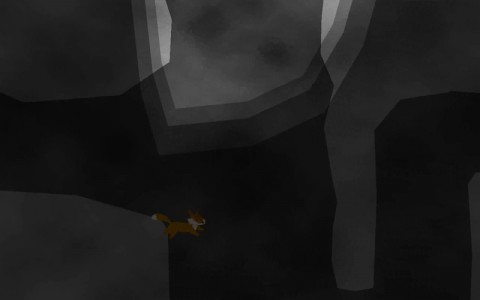 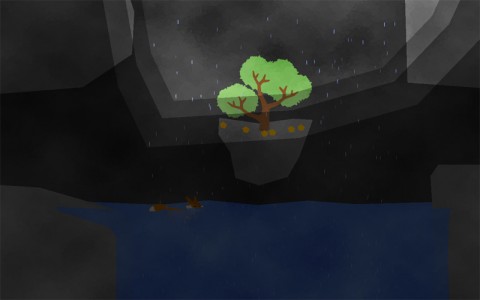 In the dark level, the fox has to stay close to a firefly to be seen by the player. I let few fireflies and add a sort of lantern at the beginning of the level the player has to use if he wants to access the tree. The fireflies are still useful in the second part of the level because the fox will have to drop the lantern in order to take a fruit in his mouth. 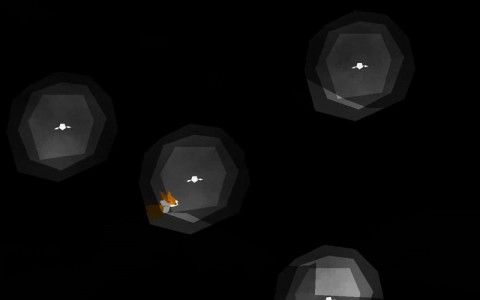 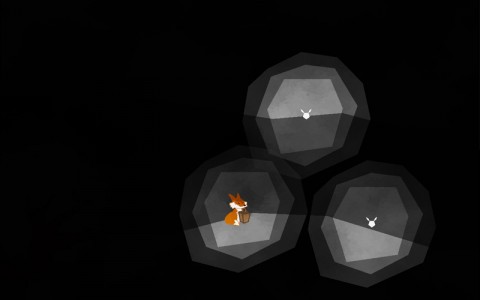 If I were you, I wouldn't put the inaccessible platform with the fruit tree on it. If I was playing through I would probably spend much too long trying to figure out a way to get up to the platform before I either gave up and moved on or just got frustrated and quit.

I know what you mean :) We'll probably change this.

just make a short hint when the first tree appears, like you can jump on the tree branches

Awwww, he looks so cute with the seed in the mouth!

This game looks amazing. I'm very excited for it.