Roarr! The Adventures of Rampage Rex 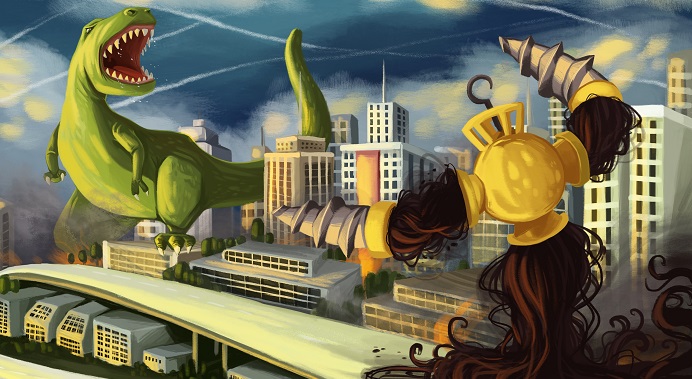 Roarr! Rampage Rex Adventures is an extremely dynamic, colorful and funny arcade game that won't resist neither a child nor an adult. Thanks to the co-operative mode of up to four players, you can destroy aliens without worrying about the consequences.

In the crusade to save the planet, Rex will travel through endless deserts, ice floes, dangerous jungles and a modern city to finally defeat the invaders in their mysterious base hidden at the North Pole. Change the appearance of Rex, buy new skins and modify it the way you like the most! Defeat the aliens, destroy everything what will stand in your way and release your prehistoric power! ROARR!

To promote Roarr! The Adventures of Rampage Rex and grow its popularity (top games), use the embed code provided on your homepage, blog, forums and elsewhere you desire. Or try our widget.

A brand new game by LucasArts with the Euphoria Physics Engine. Star Wars: The Force Unleashed tells the story of Darth Vader's secret apprentice as he...

Pathfinder Duels is the official mobile game of Pathfinder Duels. Players will enter the world of Golarion and use their favorite Iconic Heroes to battle...

An action adventure game where you play as a spelunker, searching for the mystery behind the strange signs that have appeared in the misty mountains of...

A retro-inspired beat 'em up adventure game set in a city riddled with crime and corruption. Welcome to Heaven's Point.

A single-player deck-building game with elements of resource management, tycoon, and exploration. Your worst fear is the audience’s indifference. Your...

Rinlo​ is an immersive third-person puzzle adventure game designed for VR. Follow Agatha, a young girl unexpectedly cast away from her hometown as a...