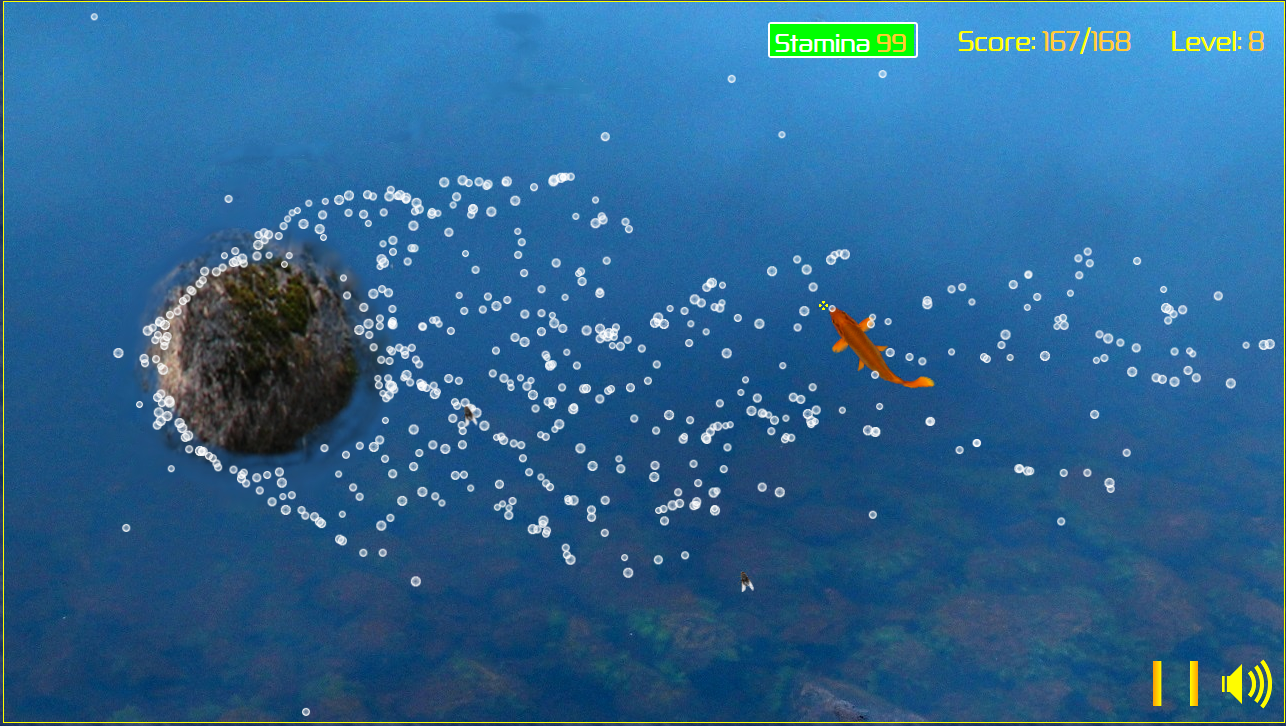 You are in control of Ribka the goldfish that rests behind a rock above a waterfall. Playing is simple: keep eating the flies to stay alive, but do not get carried away chasing them above the waterfall.

Ribka is distinguished from other games by a more realistic water motion that is unique in its class. Ribka requires more strategic thinking than other games of the same type, forcing you to think outside the box to keep the fish well fed, and also stop the fish from getting washed away. The swirling water flow behind a rock creates a rare experience in predicting the motion of the game objects.

The game is due to receive multiple updates including more features and a full mobile platforms release later this year. You can currently play the game on the web here: Ribka.me

As the levels get higher the game speeds up making it harder and harder!

How to get a High Score in Ribka

With this basic guide you will get higher and higher with some practice.

First of all let us start with the basics. As you get up levels the game gets faster making it harder to maintain the perfect line through the water. The faster the fish has to swim relative to the water, the more stamina it will spend, so avoid going out from behind the rock for a long time.

Behind the Rock in the middle is the best place to move upstream, this makes the move up faster and uses less Stamina.

The food has different values, but do avoid spiders! Spiders have a negative impact on the stamina, although they do add to the score.

The best food to eat is the purple butterfly and the small worm.

The general strategy is to try to avoid going out too far away from the slower water behind the rock, while eating the food. It is best to try and catch groups of flies while navigating the water. The water itself gives clues as to where the food will go, making it easier to catch it.

Good luck and see you on our leader boards!

I got around 7 times before dropping dead. Ate some flies and spiders on the way, too.

A competition: how many times can you swim your fish around the rock?