Psichodelya is a vertical shoot-em-up (aka SHMUP) game set in futuristic environmet where two races of mechanized alien species are waging air warfare over Earth-like pieces of land. Player controls one of 3 playable ships, dodging heaps of bullets and killing wave after wave of enemies for points in single or 2 player local coop, over 5 levels culminating with epic bosses. Psichodelya is special because in this game player ship has a colored shied that protects from a numeber of bullets from the same color as the shield, and at the same time enemy ships are also color coded, making them more vulnerable to one type of damage.

Thanks for voting and helping Psichodelya on it's quest to become the 2021 Indie of the Year. You are now in with a chance to score some free games. Help this game secure more votes by embedding the widget (or link) we have included below on your favorite sites. 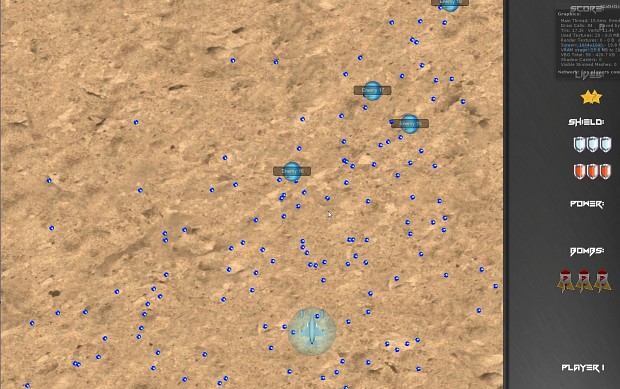 A few more images with placeholders.