Take a nostalgic trip down memory lane with this classic Breakout meets Asteroids remake, brought beautifully into the modern world of gaming, retaining the retro charm of the original but with many added features.

If you prefer graphics over gameplay, then this game isn’t for you. Development has been focused heavily on delivering an enjoyable silky-smooth gameplay experience, whilst still maintaining an enjoyable visual experience. It has to be played to be believed.

Here are just some of the enemies that you will encounter in space:

No one knows the origin of these mysterious alien craft, but they frequently appear and are not friendly.

Long-forgotten treasure chest of past Rockhoppers perished. The invention of zero-space cargo tech negates the need to leave Alchemite behind, but these relics still litter the galaxy, rewarding the well-armed Rockhopper.

Left over from the Rebellion War, these automated space mines will launch deadly mini-mines if they detect anything at close proximity.

Tech for the cowardly Rockhoppers. These are deployed by Rockhoppers hoping to get rich from the comfort of a space station tavern.

Left behind relics of the Rebellion War. These were a non-lethal attempt at ending the war. Ineffective as their intended purpose, but very good at annoying Rockhoppers.

POW Games is currently just one person. After an 18 year break from programming, the creator of the 1997 classic PowBall DeluXe returns with a debut remake / reboot, staying true to the original gameplay, with added visual polish. After working alone tirelessly all year, on a zero budget, the game is finally here.

Thanks for voting and helping PowBall Renaissance on it's quest to become the 2022 Indie of the Year. You are now in with a chance to score some free games. Help this game secure more votes by embedding the widget (or link) we have included below on your favorite sites.

Another Breakout clone to add to the mix: PowBall Renaissance

Okay, so It's an old game with a genre of its very own, and it's probably the most cloned game in history, so it can't surely be improved on, right? Wrong... 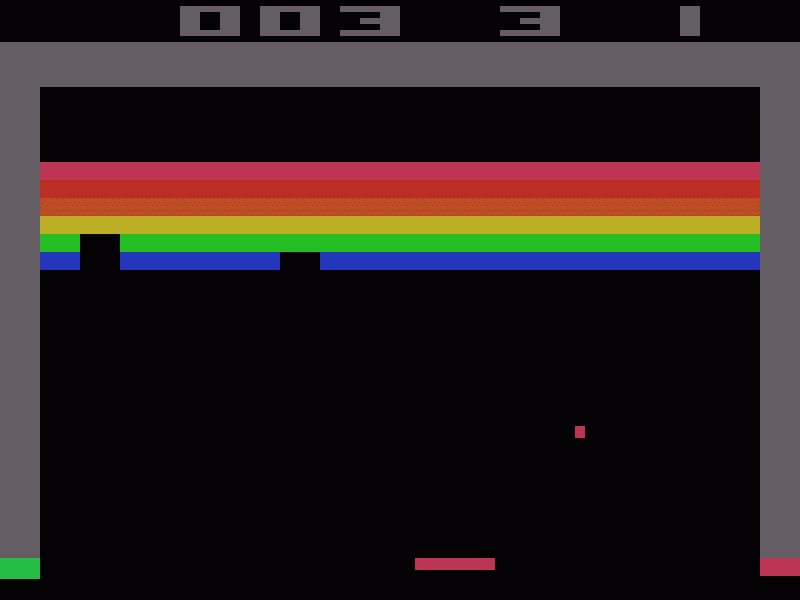 I am proud to present PowBall Renaissance.

Hard-core Breakout fans will hopefully already be convinced, but if you're still wondering what's unique about PowBall Reinassance, then consider these features: 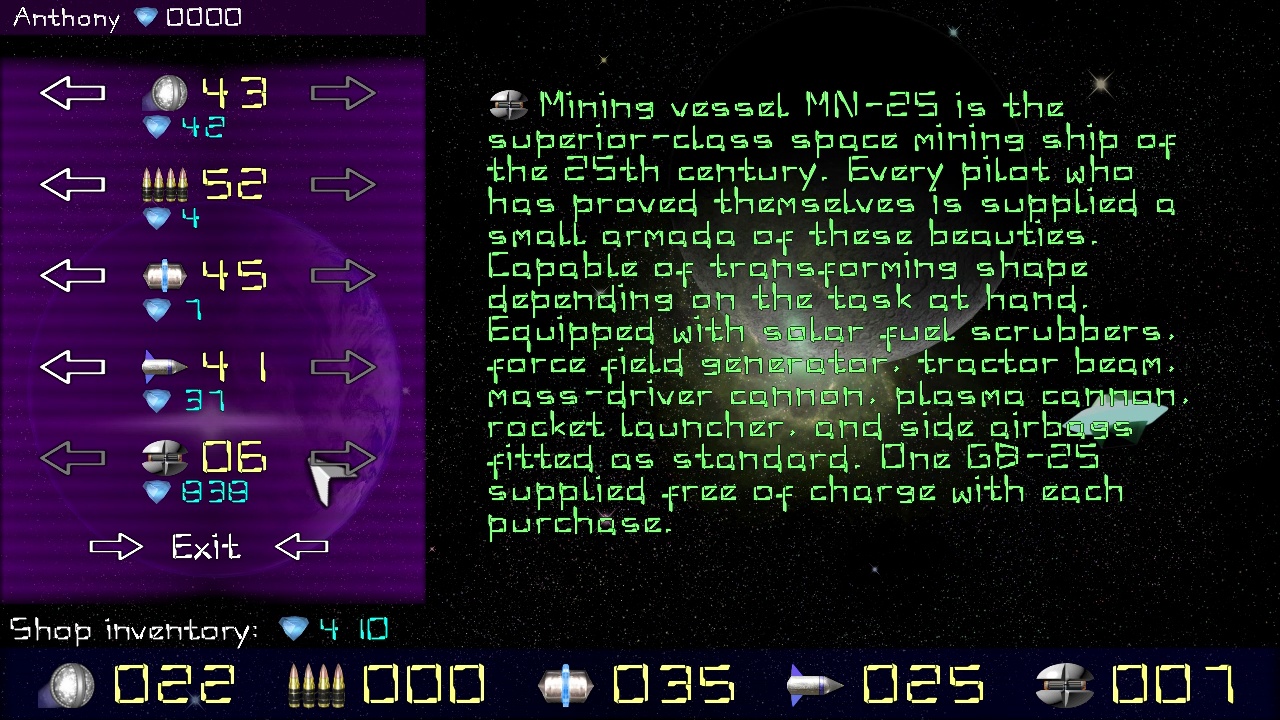 Collected resources can be traded for weapon ammunition, extra balls, and lives. Prices fluctuate depending on supply and demand. This adds a nice level of strategy, giving you an advantage on the future levels if you plan ahead.

Up to 3-Player Multiplayer: 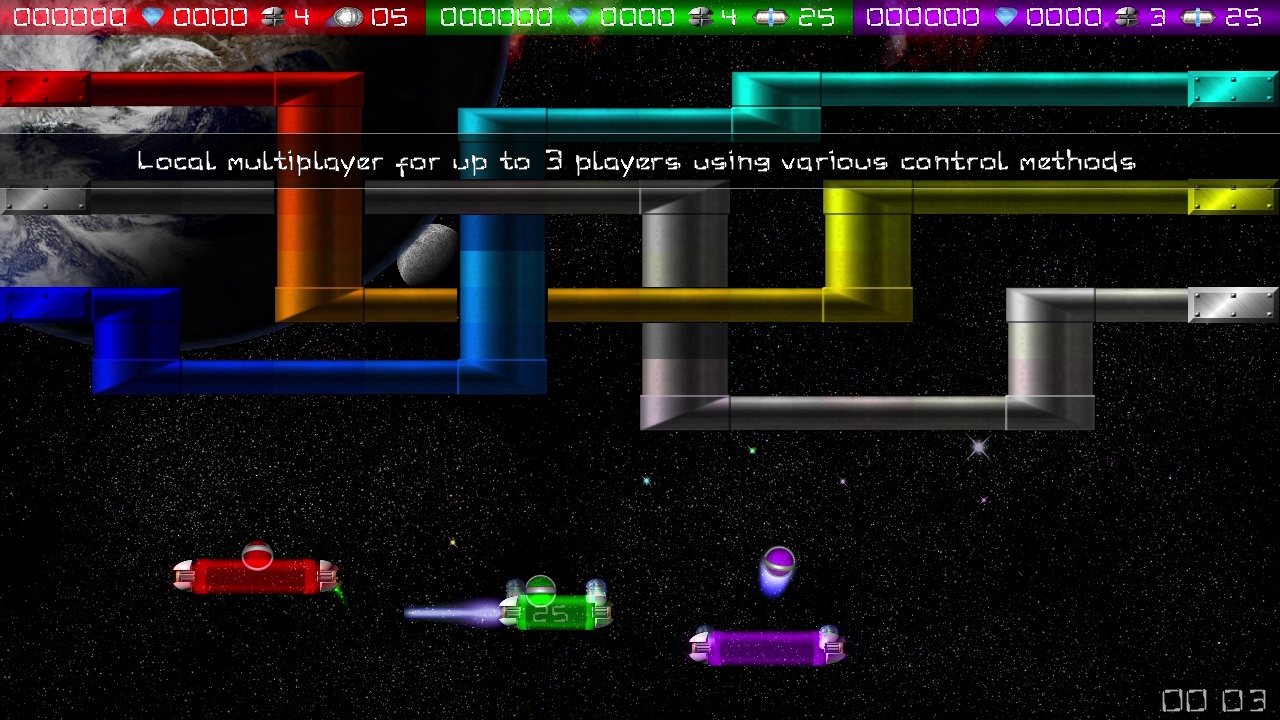 Only a few variations of Breakout feature a 2-player mode but how many offer 3-player? With co-op mode to mix it up, this is probable an all-time first? 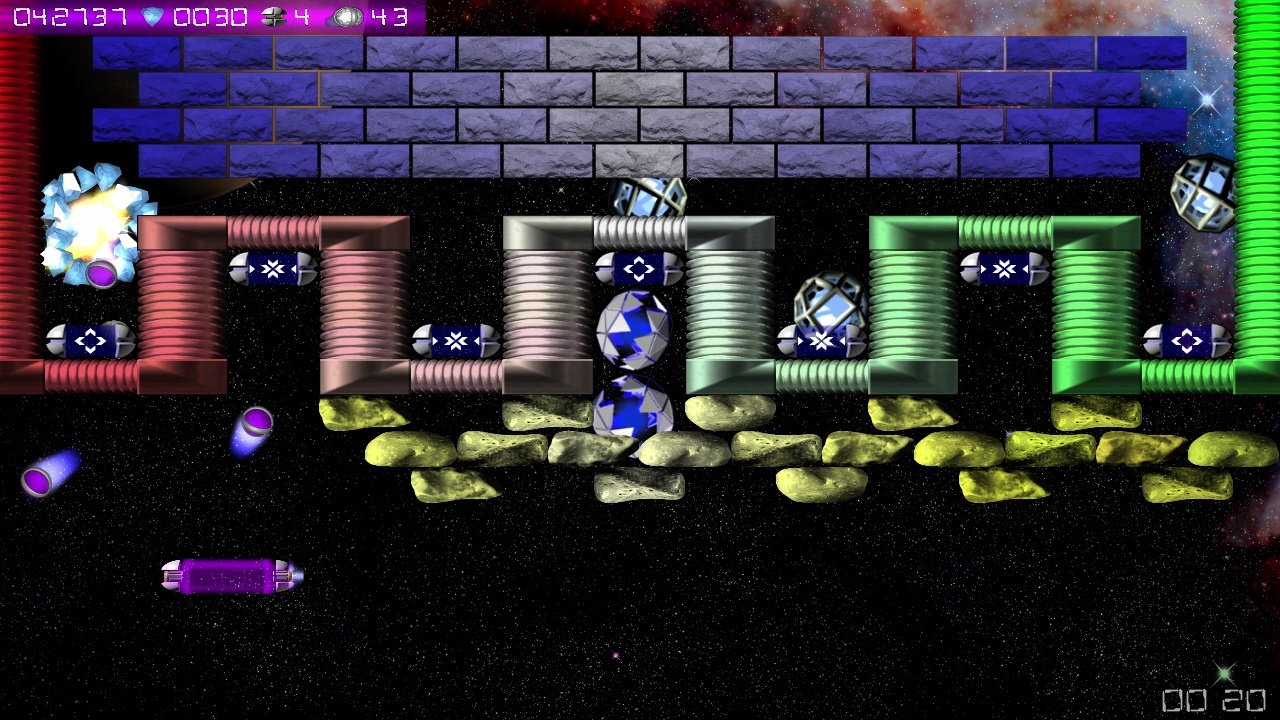 Not many Breakout clones offer anything beyond an unimaginative array of bricks in their level designs. This one gives you something not only more pleasing to the eye but more interesting to play. With various features such as wormholes some levels come with a puzzle element requiring some thought and planning to complete.

Sub-Games to mix up Gameplay

It's not just just balls you play with. After each level your paddle transforms and takes you into the realms of a shoot-em-up in the form of Asteroids and even Galaxians. 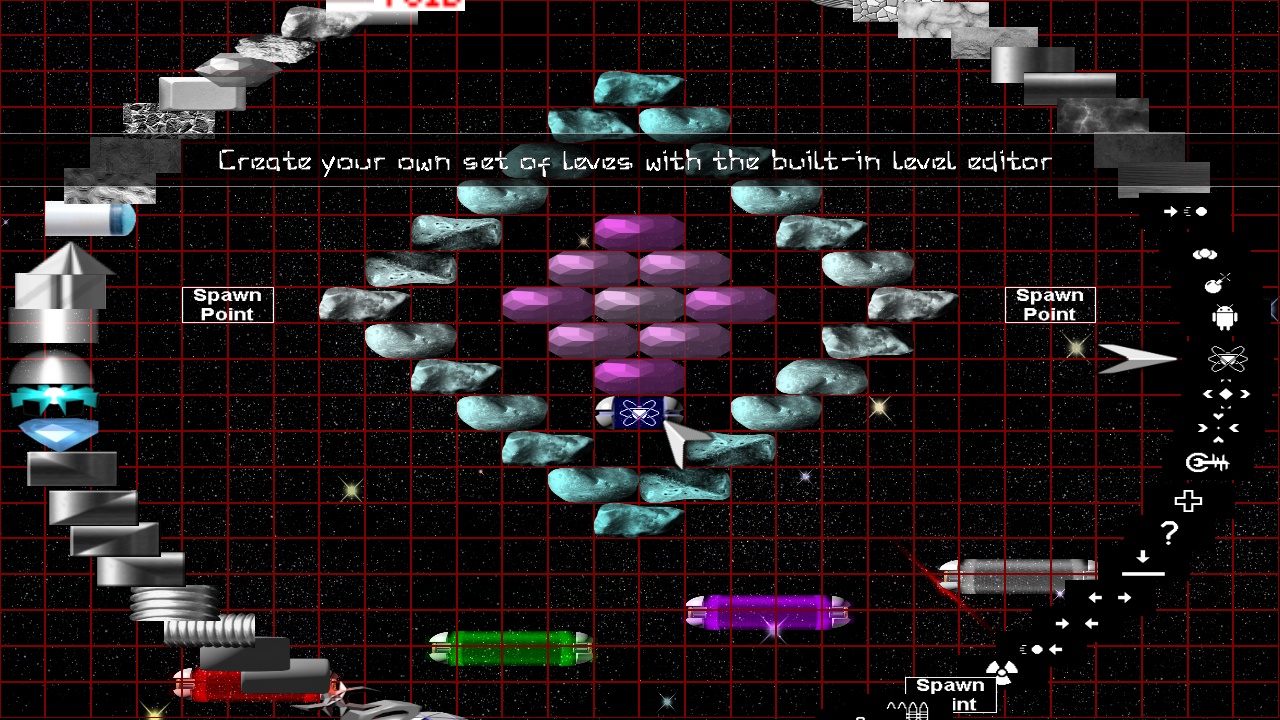 Every self-respecting Breakout remake should include a level editor. This one is a comprehensive tool that will allow you to create magnificent works of art, right down to the position of the stars and planets in the background.

I feel that the most important factor when recreating a classic game is to keep it traditional. The original Breakout remake Powball kept to the standard unspoilt formula of a paddle, ball, and bricks, then added relevant features to make it more interesting without any gimmicks, such as adding a 3rd dimension; does anyone play 3D chess?

All the most important ingredients are there: Smooth gameplay, fine-tuned angled deflection of the ball, giving the skilled player a chance to aim anywhere, powerups, weapons, many many levels, and so much more.

All this was achieved with the 1996 release of Powball of course, so what's new? Modern visuals, new set of levels, 3-player mode, and smoother gameplay. It still has all the stuff that made Powball fun, and some players may still prefer the older version that runs at a fixed screen mode of 320x200, but this new version presents a new breakout experience you may never experience elsewhere.

There is currently a version for Windows and Android:

The original version of Powball is now free:

10 level fully featured teaser of PowBall Renaissance. This is another Breakout clone thrown into the mix, which is actually a reboot of a 1995 remake...

Nice.
Liked the power up :)
I did a gameplay of it: Youtube.com