Something has gone terribly wrong. Your orders: stop the spread of the zombie apocalypse. With your trusty saw-blade and paddles, survive on your own or with the help of a friend through endless waves of zombies. Collect awesome powerups. Get combos. Get a high score. Make zombies go splat!

Pombie Zong for iOS has finally been finished and approved for public consumption on the App Store!

It's finally happening! Pombie Zong will be making its way onto the App Store this Tuesday, March 11th for iPhones and iPads running iOS 7+.

A big thanks to friends that donated hardware and their time for helping me test it :)

Pombie Zong was originally released last summer on the Google Play Store and shown off the 2013 Boston Festival of Indie Games. Since then, I had lots of people asking if it would be available on iOS. Now it finally will be!

The game was written in Java using the libgdx framework and the iOS version was created with the help of the RoboVM backend. 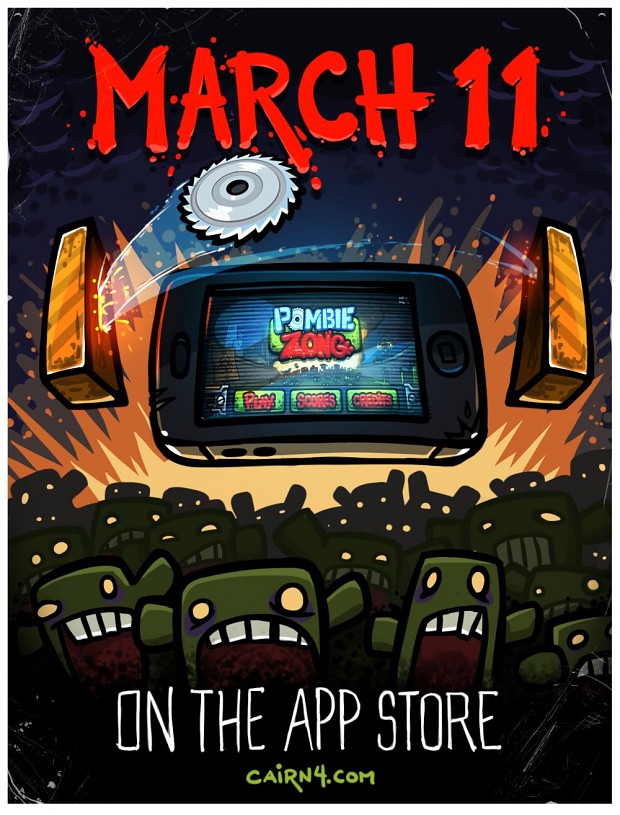