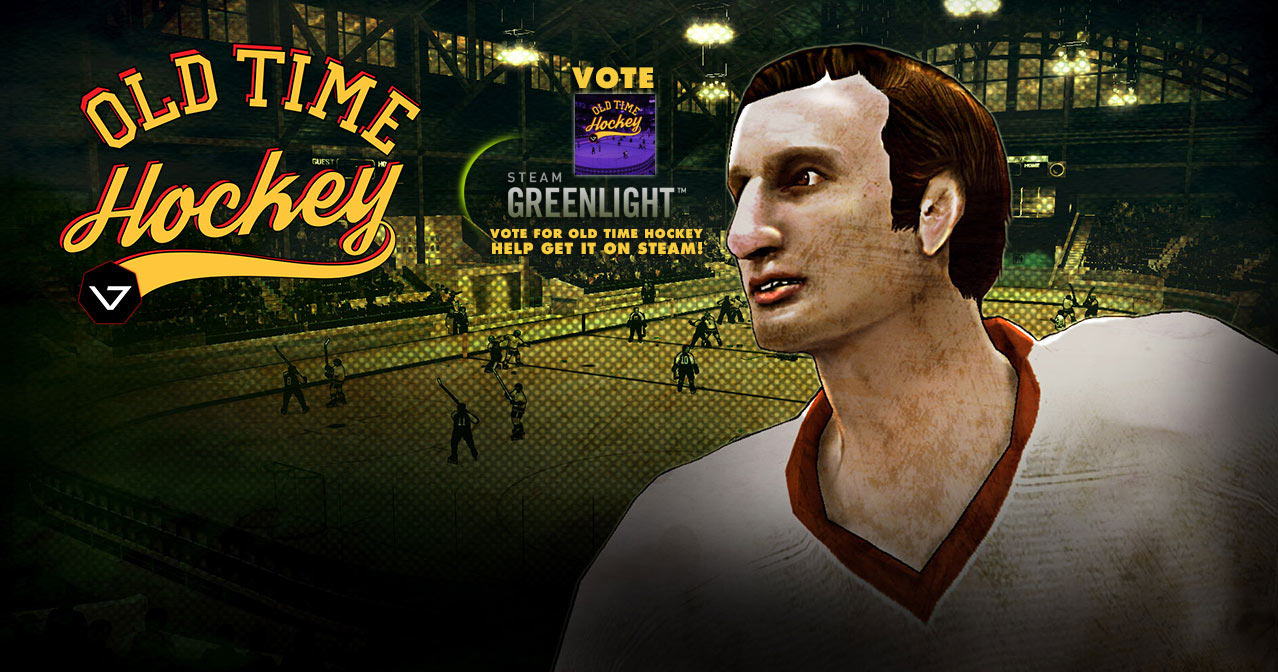 Old Time Hockey features 5-on-5 arcade hockey gameplay where players will their opponents to submit through rough and tumble aggressive hitting and fighting. Players are expected to contest for the puck by taking the body and hitting the opponents through a myriad of available body checks (hits) such as elbows, shoulder checks, cross checks, hip checks, and the dirty clotheslines. Timely hits allow the team to go on fire (momentum) and inflict further damage on their opponents which will cause the opponents to want to drop the mitts and fight. Win the fights and you have fatigued your opponent's teammates for good thereby giving you a clear advantage to score goals and win the hockey game. Better yet, injure most of your opponent's teammates and you will win the game by way of a forfeit. That's Old Time Hockey - I went to a fight the other night, and a hockey game broke out!

*BEER MODE*
Beer and Hockey go together like bacon and eggs! Old Time Hockey features a Beer Mode input preset and selecting these controls let you play the game with ONE hand so you can hold and drink your beer with the other!

Thanks for voting and helping Old Time Hockey on it's quest to become the 2021 Indie of the Year. You are now in with a chance to score some free games. Help this game secure more votes by embedding the widget (or link) we have included below on your favorite sites.

To promote Old Time Hockey and grow its popularity (top games), use the embed code provided on your homepage, blog, forums and elsewhere you desire. Or try our widget.

It's time for a real challenge! Fall through obstacles, avoid walls and try to not to smash your character. Each level has it's own theme and features.

Select human or computer toys. Select track and toy to race. Screen off the toys or item smash them to win a point. Win enough points to win the race...

First game will forever be first! Try to eat as much burgers in this 2D game as you can

HIT THE BAG is an arcade casual game where the goal is to achieve top score. You will control the boxer who is sparring with punching ball. The ball will...

Tenis runner is about running arround blocks. When you enter this maze your worst nightmare becomes true.Someone playing tetris with you. But their target...