Morning Men is an episodic story driven RPG. A sci-fi from the golden age of sci-fi. Ultimately Morning Men is a game that makes you actually care about the choices you make because they will impact how the story is told. The story takes place on vividly drawn alien planet. With little hope for the survival of species, Morning Men asks the tough questions: What are you willing to do to find answers? To survive? How much are you prepared to sacrifice? Our Lead Artist has set a strong visual style; think contemporary moving comics but with colors and motifs reminiscent of Moebius, the characters feel like a mash-up between Wizards (1977) and The Fifth Element (1997). With Morning Men we aim to push the bounds of what is possible for story driven episodic content. To tell a good story you have to hit certain plot points, sure, but how you get there should matter. Your choices will matter a great deal in Morning Men. Especially in how you feel about yourself in the end.

We have been greenlit & also a release date was set.

When we at Pixel Federation launched the Steam Greenlight campaign for Morning Men, we had high hopes. Based on the feedback received, we were confident in the success. The problem was, the team didn’t know how long the process would take; however, all of our expectations and assumptions were thrown out the window when Morning Men was Greenlit in just five days!

We´ve got also more news for you, we have a release date for the 22nd of November 2016. 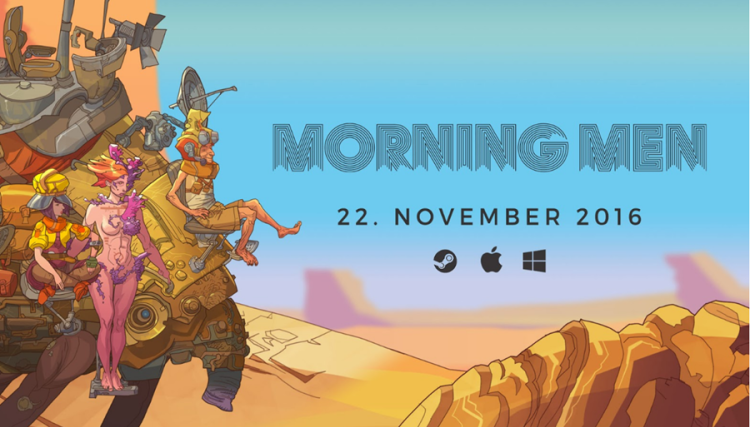 Thank you to all our supporters !

Head to the Steam Greenlight Page to learn more about Morning Men: Greenlight .