From the creators of If My Heart Had Wings, comes MoeNovel's exciting new original title, LoveKami, debuting on Steam in English, bringing a fun and energetic tale filled with magic, love and music!

Join the lively world of Akihabara with three goddesses as they aim to be the best Divine Idols!

It was a time when people had forgotten their dreams and lost faith.

The silhouettes of goddesses revealed themselves to people who, at the time, could only believe in what they saw in front of them.

The confusion surrounding the countless goddesses appearing in Japan was soon solved through the reveal that Japan’s guardian deity, Amaterasu, wanted to teach the goddesses about the human world. All of this brought about the implementation of the Divine Education Act.

A year passed and numerous goddesses and humans got to learn about each other, got to know one another, and came to a mutual understanding.

The subculture holy land and heart of Divine Idol culture, known as Akihabara, housed the seven lucky goddesses that dominated as idols in L☆SEVEN.

Divine Idol chicks, go on to spread your wings!

A glamorous and splendid contest is being held, containing everything that goddess's dreams are made of!

Laugh, grow, and even cry with the goddesses who descended from the sky and are aiming to become top idols. 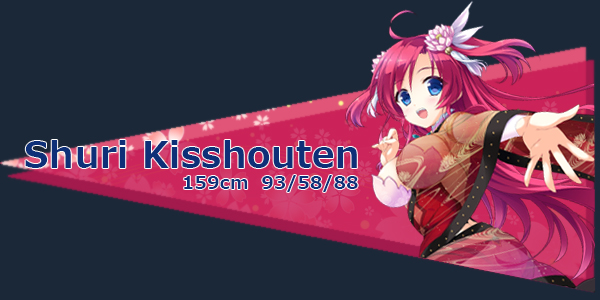 The younger sister of Bishamonten, a member of the top idol group, L☆SEVEN which is comprised of the seven lucky goddesses.

Looking up to her older sister, Bishamonten, Shuri performs on the streets while aiming to become an idol.

While she is bubbly and seems to be full of confidence, there are times when she doesn't give herself enough credit when she compares herself to her successful sister.

She usually tends to be serious, but can quickly become disinterested and isn't afraid to show it.

She's a normal girl who likes to keep conversations straight to the point.

Kisshouten represents prosperity and good luck, along with happiness, beauty, and wealth. Her name is worshipped in hopes of gaining respect, and sometimes even bountiful harvests. 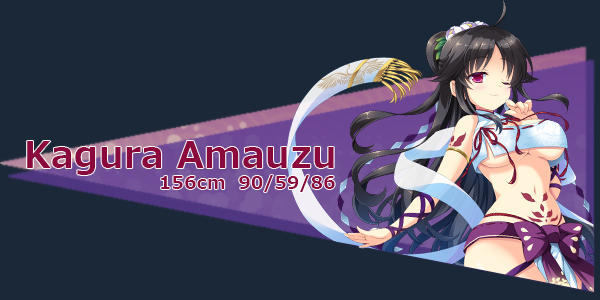 Ame no Uzume is a deity found in Japanese mythology. With ties to legends such as Iwato Gakure (the hiding of Amaterasu Omikami), she's said to be Japan's oldest dancer.

She works part-time in a Divine Idol tea shop while building up her idol career from the grassroots level.

This girl likes to have fun, but that doesn't mean she's a slacker. Her unique rhythm and expressions while dancing are her's alone; no one else can duplicate them.

In Ame no Uzume spirit, she usually ends up giving the audience a little more of a risque performance as she easily gets worked up. There are also times when she relaxes and can stay calm.

She has a light and playful personality which is reflected in the way she converses with others.

Being that she's a natural born seductive goddess, she is not opposed to more raunchy costumes. 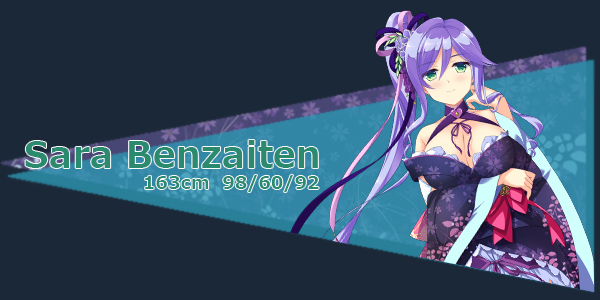 She holds the center position of L☆SEVEN on stage. Benzaiten's blessings are plentiful; she is the goddess of music, good fortune, the arts, victory, and even water.

She loves singing, but since she hasn't fallen in love yet – and with the abundance of love songs in the idol music genre – she usually becomes doubtful of her ability to sing love songs.

She tends to use an acoustic guitar when casually singing.

Even though she's always at the center, she's just a regular girl.

She can always be found smiling, which matches her personality.

Her tone is calm and collected, and she's sometimes playful during conversations.

To promote LoveKami -Divinity Stage- and grow its popularity (top games), use the embed code provided on your homepage, blog, forums and elsewhere you desire. Or try our widget.

Episicava is an episodic series with three planned releases, each focusing on a certain theme and two heroines. It has a play time of 5-10 hours and a...

Operation: Future Domination is an indie visual novel game featuring 15+ hours of introspective story with a hearty dose of mystery and thriller, 10...

A high school boy meets mysterious girl. The boy life changes slowly. His friend realizes there is something weird and trying to stop him. But nothing...

Do you remember that high school crush you never confessed your love to? Do you ever wonder what could have been if things had gone different back then?...

Lovely Island has a non-linear gameplay in the mixed genre of visual novel and point&click.Plot Romantic story about the adventures of the main character...