Kharon's Crypt - Even Death May Die

Kharon’s Crypt will be released on Nintendo Switch! 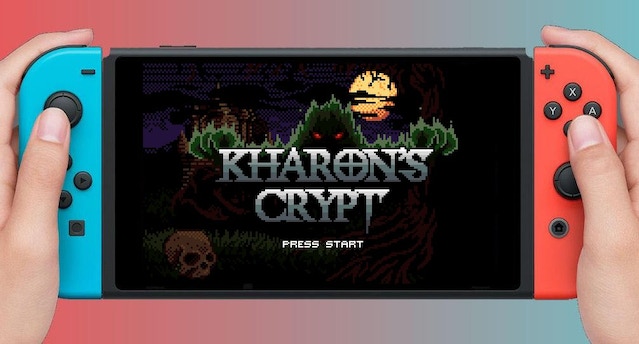 It’s been two months since our campaign for Kharon’s Crypt ended, and since then we’ve all been working extra hard to reach the Nintendo Switch Stretch Goal before the end of the year. Fortunately, we’re glad to confirm that the Stretch Goal has been reached! On December 27th, you guys raised enough to help us release the game for Nintendo Switch, and we can’t thank you enough for that! Kudos to all of you!

Whether you supported us through Kickstarter, Indiegogo, PayPal or by purchasing Kharon’s Crypt merchandise, you’ve been a big part of this, and we would’ve never been able to do this without you. Now, since we already have Nintendo of Europe’s approval, we can 100% confirm that Kharon’s Crypt will be released on Switch! 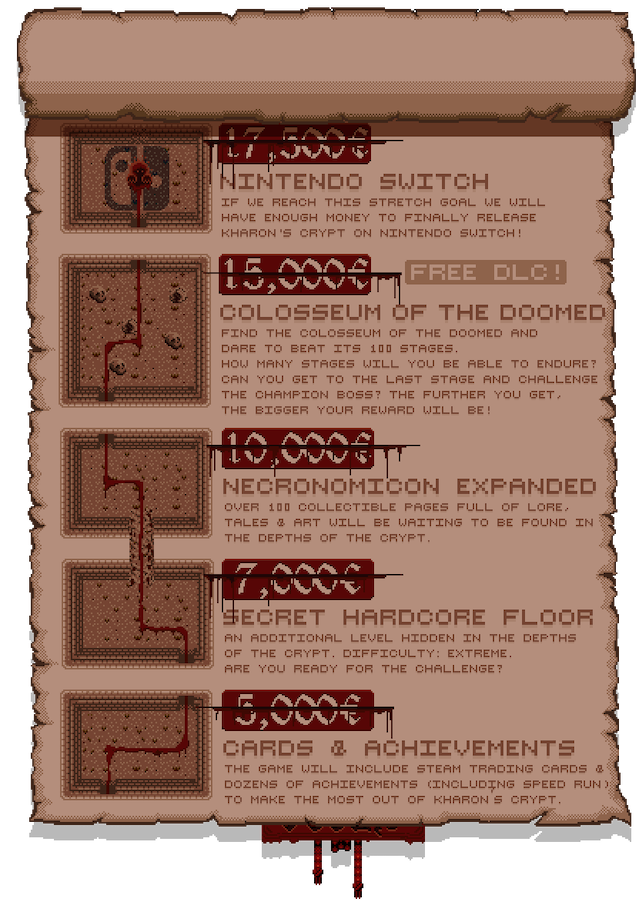 In order to release the game on Switch, we’ll have to remake pretty much all of what we had programmed in Unity from scratch because Game Maker can’t export to Switch, which means the Switch version will be released a bit after the computer versions.

From now on we’ll start working on developing the game for PC, Linux, Mac and Switch. Any other possible versions will be developed after these are done. Our next goal is to have the first two floors and the first Boss ready to go so we can release the Private Early Access (for those of you who have it) as soon as possibleand let you enjoy the game!

That’s all for now!

Keep an eye on our social media for more info. And remember, If you have “Access to our private Discord channel” and haven’t received your discord invitation or your invitation has expired, please contact us through e-mail at contact@kharonscrypt.com with the subject “Discord Invitation Request”. Please include your backer number if you pledged through Kickstarter, or your e-mail/name if you pledged through PayPal or Indiegogo.

See you all on Discord!

We jus released after a full month of preparations the kickstarter campaign of our game – KHARON'S CRYPT - EVEN DEATH MAY DIE.

Please support us on Kickstarter.KharonsCrypt.com

The Path To Die Adventure