JUMPALA is a fast-paced competitive platformer that's all about strategy, superpowers, sabotage, and stage control. Jump on platforms to turn them your color and collect points before reaching the top. Build your Special Meter to activate your character's special moves and gain the advantage. And whatever you do, don't fall off the stage!

The core mechanics are simple to learn, but hard to master. Each game is a test of skill and strategy as you try to outscore and outlive your opponents.

Lola has been training for the Jumpala Championship since the age of 17. She's a fierce competitor who will do whatever is necessary to win—even if that means slicing through the competition.

Frore has earned a reputation for her elegance and relentlessness on the field. A two-time Jumpala champion and international celebrity, she now competes primarily for the sake of her fans. She uses her mastery of ice to slow opponents and get ahead.

Cid is one of the youngest professional competitors in the history of Jumpala, and he feels like he has a lot to prove. The son of a renowned mechanic, he possesses a particular affinity to machines and gadgetry. The gauntlet on his arm, which he engineered himself, allows him to hack platforms to his advantage.

Bommer grew up doing demolition work with her father in the mineral caves. She's a thrill seeker—the only reason she joined the competition is that it's dangerous. She carries explosives to help spice things up a little.

Jump on platforms to turn them your color and collect points before reaching the top. Build your Special Meter to activate your character's special moves and try not to fall off the stage!

"As with my previous game, Jumpala is a love letter to Spryjinx, a game I played as a child,” says Makario Lewis, solo dev at Yokereba. “I wanted to capture the feelings I had when playing Spryjinx, and add some modern twists like special abilities and cool characters."

Jumpala will be released in Early Access and it will include four playable characters, five stages, local and online play, and keyboard and gamepad support. 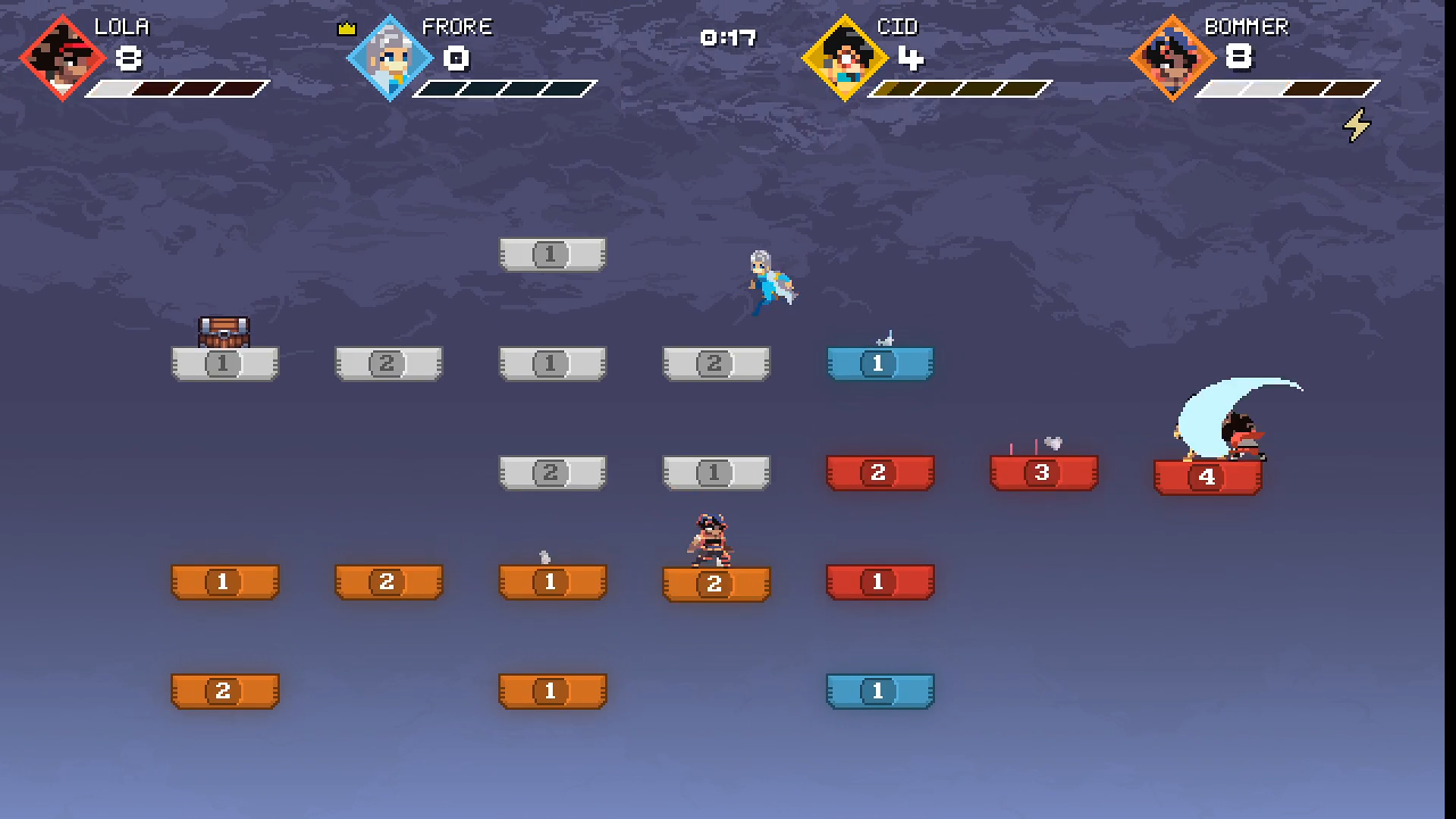 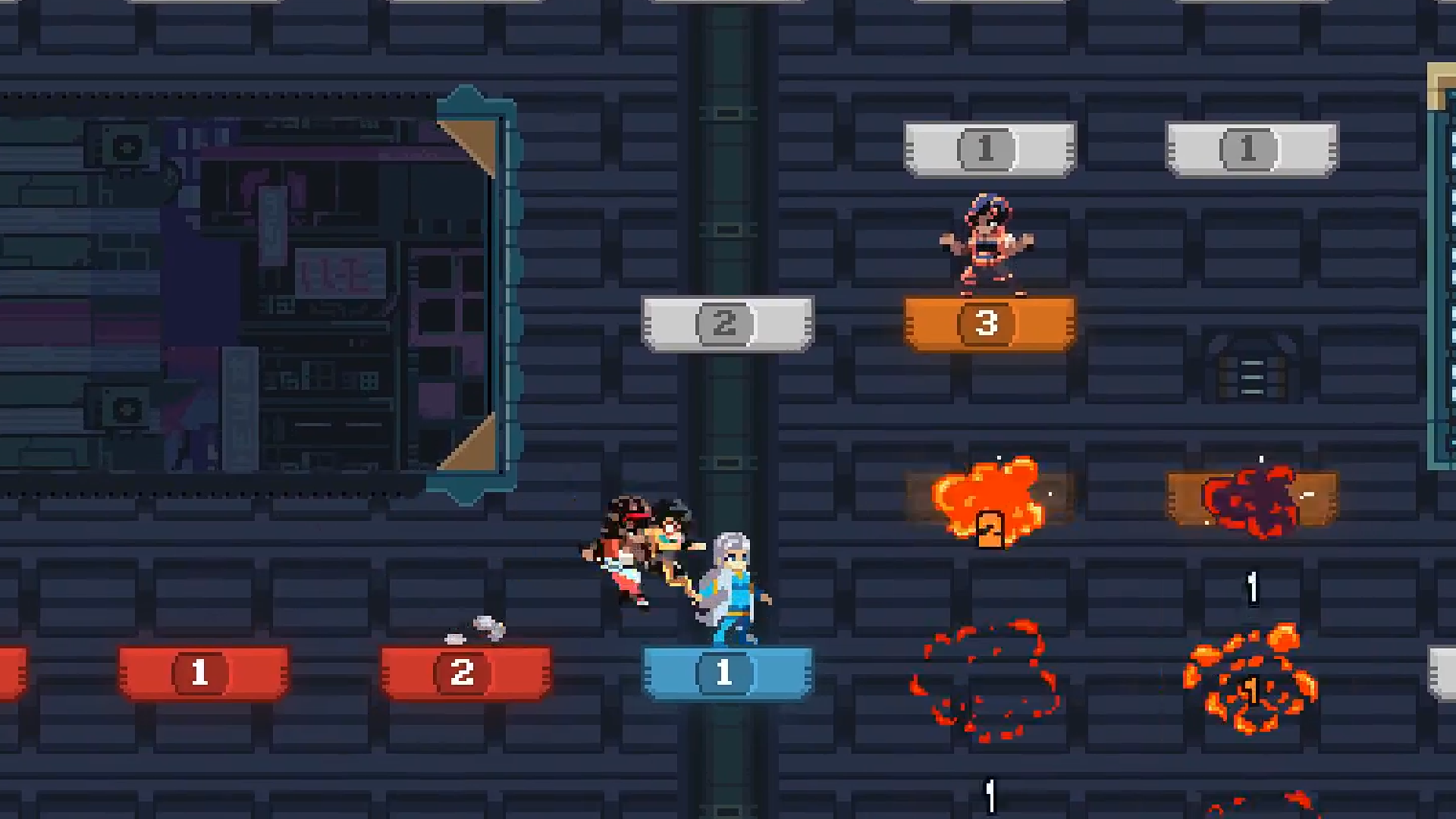