The Teams very first game in which you take the role of Blob. Blob is a small blue and formless creature living on a lone island far off the normal world on a mystical ocean. The villian named BeastKing, a demonic wizard, is brutaly demanding power over all parts of the island. Defeating one tribe after another he is finally confronted by a rebellious hero... YOU! JnB is 6 whole areas of jump and run action! From a fresh green valley, over windy mountains and icy caves you will even see tropical jungles and burning deserts! In the end you meet up with your archnemesis and rescue what is dear to you.

Jump and Blob on Dreamcast

The full version of the platformer JnB. It is the teams very first game and pretty much outdated compared to what we can achieve now, nonetheless we wanted to share it. Everybody has roots and should not be afraid to show them :P You may download the .cdi-file, burn it via discjuggler and just have fun putting it in your Dreamcast. Other Versions can be downloaded from our website. The game was also released for various open handheld systems like gp2x wiz, cannoo and pandora. 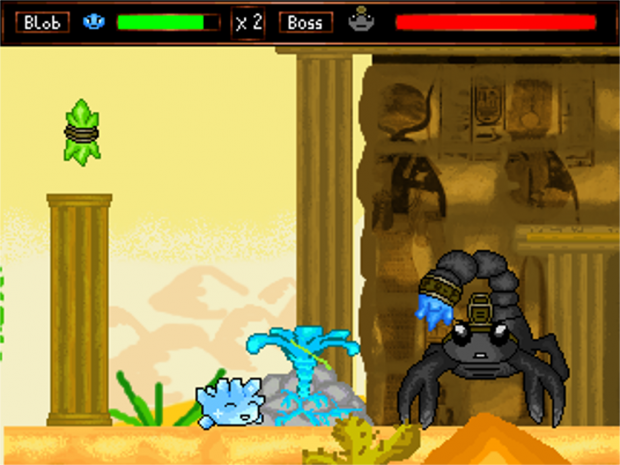