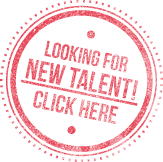 Intruder Alert! is an upcoming cooperative asymmetric multiplayer Real-Time Strategy Shooter and the spiritual successor to Overwatch, a popular Half-Life² modification. IA! is a standalone indie title powered by Unreal Engine 3 and set for release on Windows and Mac.


Intruder Alert!
It gives us great pleasure to finally be able to announce the project we've been working on for the last few months: our first standalone large-scale independent title for Windows and Mac!

Intruder Alert! (or IA! for short) is a cooperative asymmetric multiplayer Real-Time Strategy Shooter (powered by Unreal Engine 3) and the spiritual successor to Overwatch: a Half-Life² modification we developed and released in 2010 (which has been downloaded over 90,000 times in the last year, given a rating of 9.3/10 by its community and nominated to ModDB's Top 100 Mods of 2010!).

Like Overwatch, IA! pits a team of GPs (Ground Players, playing cooperatively in first-person or third-person view) against one or more OPs (Overhead Players, commanding AI-controlled units and manipulating the environment around them from a top-down perspective). As such, you'll be playing a very different game based on what side you choose!

IA! comes with many big new features and is also being built from the ground up to offer plenty of customization options and a unique playing experience each and every round. From the way we are designing our levels to the vast variety of units and abilities available, players won't be able to predict how a round will play out.

Following the amazing feedback we have received from Overwatch fans across the globe, we kicked off development of IA! mid-2011 and have been working hard on it ever since. We've taken all the valuable lessons we've learned while developing Overwatch and are using them to build a bigger, better and more complete game of the same genre, this time powered by Epic's amazing UE3 (using the UDK).

We've also gotten rid of the restrictions we'd set on ourselves during Overwatch's development. This time around, we're aiming for a complete gaming experience: bigger and better features, with levels, models and textures built entirely from scratch around a fun theme and an awesome art style.

Our plan is still to RERO and to get our community intricately involved in IA!'s development process every step of the way. In our minds, your feedback and suggestions are invaluable to IA!'s success, so help us by joining our community today!

There's plenty more to say about our plans for IA!, but rather than filling the announcement with a huge block of text, we've organized relevant information in an easy-to-read format and posted it on the Details page, where you'll find answers to questions such as "What makes IA! fun and unique?", "When will I be able to play IA!?" and "Will IA! be utterly awesome?". As we're still in the very early stages of development, expect much more information (and media!) to be posted progressively in the coming weeks (we also plan on having an early build ready for you to play within a few short months!).

In the meantime, we encourage you to take a look at (and even play!) Overwatch, as it'll give you a taste of the kind of gameplay you'll find in IA!. Here's a small promotional trailer to get you started:

We hope you are all as thrilled about this new project as we are. If so, support us by voting for Intruder Alert! in this year's IOTY Awards! Making the Best Upcoming Indie list would put a huge smile on our faces! :D

The fun has just begun and we have quite a long and exciting road ahead of us. We are looking forward to interacting with our community and to soon be playing IA! with all of you online!

If you have any questions about IA!, you can contact us directly by posting on our Community Forums (we're always on there, come say hi!), through WebChat or by emailing us at: info -AT- redmatter -DOT- ca

Oh ho! So this is what y'all have been working on. Sounds fun, and the UDK will be interesting for this style of game. Although, will development still happen for Overwatch? I assume so, since berely any maps are near completion. (save for user-made maps.)

Hey Coppermantis! Haven't seen you in a while.

Glad you like it! I'll be posting some Overwatch news on our site very soon, which should answer your question.

Tracking. Loved Overwatch, is it alive or?