Honey, I Joined a Cult

Honey, I Joined a Cult puts your in control of your own 1970s cult. Build and expand your base, manage your resources and make as much money out of your followers as possible.

You'll first set up your cult HQ. Cultists don’t want much but they’ll definitely need to use a toilet at some stage, and beds mean they can indoctrinate with a decent night’s sleep. The Hypno-Chamber will remind followers of what’s really important and the Pool of Revelations will reveal their hidden traits – maybe they’re a genius, maybe they spend an especially long time on the toilet.

If you’re going to progress you’re also going to need some wealthy and influential members, preying on the destitute just doesn’t pay the bills. Not everyone wants your cult to succeed though; the Government, journalists and cultists’ family members all seem to hate you?! And that’s to say nothing of the local rival cult.

Watch out for your leader too – his ego will get out of check. Looks like you’ll be building a statue to his awesomeness after all.

Whatever happens, keep making money as you slowly realise the Grand Plan.

Thanks for voting and helping Honey, I Joined a Cult on it's quest to become the 2021 Indie of the Year. You are now in with a chance to score some free games. Help this game secure more votes by embedding the widget (or link) we have included below on your favorite sites.

It's been an incredibly busy few months on HIJAC. Not only have we been adding new content, but we've been working flat-out in the run up to Insomnia 65 to make sure that the rest of the old game systems were integrated into the new building system.

Insomnia 65
HIJAC had a great reception at Insomnia 65 and we were pleased to see a large amount of people coming back from previous expos to play the latest version. It was also a good opportunity for further Alpha testing and the chance to get feedback. It also highlighted, *ahem*, a few bugs, which were quickly sorted out. 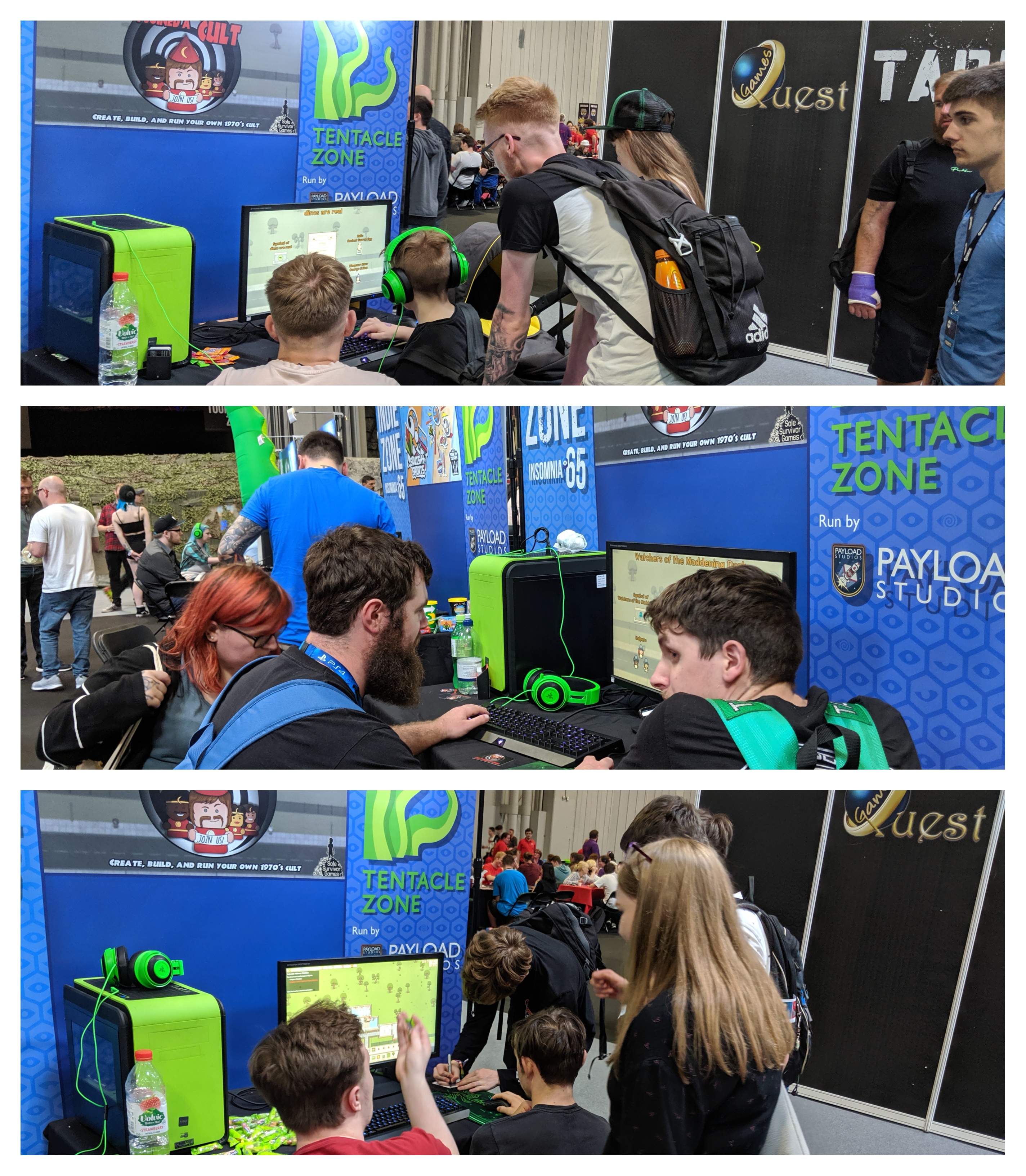 Cultists Soil Themselves
First but not foremost, Ed took time out of the busy development schedule to ensure that cultists who do not have access to a toilet (or who have the incontinent trait) visibly soil Cult HQ. This has a negative affect on the room rating (more below). Clicking said soiling brings up useful information, such as who the culprit is. Thanks Ed! 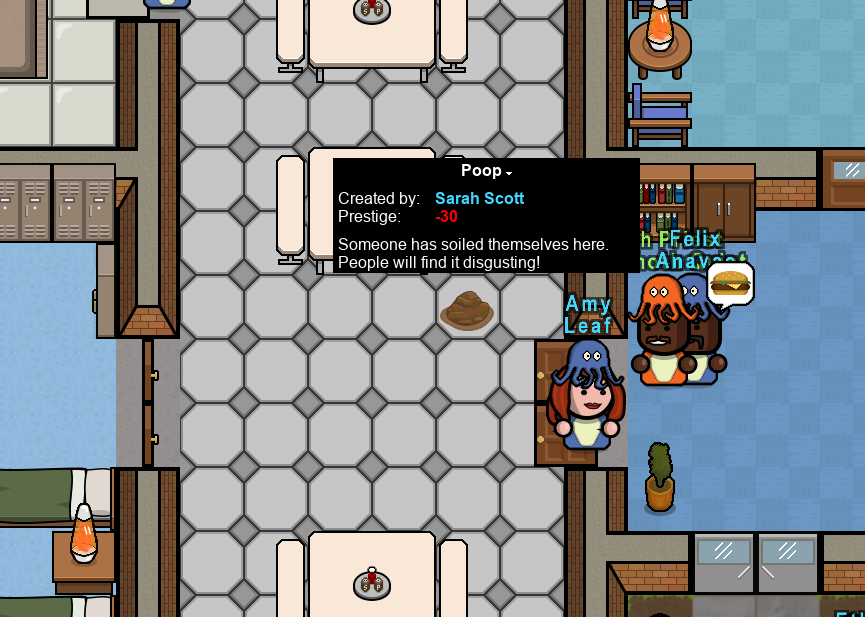 Fully Integrated New Build System
As per our previous posts, rooms can now be built in any size and shape. Walls can also be built individually rather than having to build entire rooms.

We've alluded to this before, but our decision to ditch our old build system has been a mammoth undertaking, most notably due to the knock-on effects. Redoing the building system meant we had to redo how objects were placed and used, which meant that we had to redo how characters interacted with rooms and objects... which equated to redoing the bulk of the game.

Now we knew that changing the building system would have this effect, we just didn't appreciate how long or painful the task of re-integrating everything would be. It was great to get the systems stable for Insomnia 65 and to be able to show-off all the hard work. 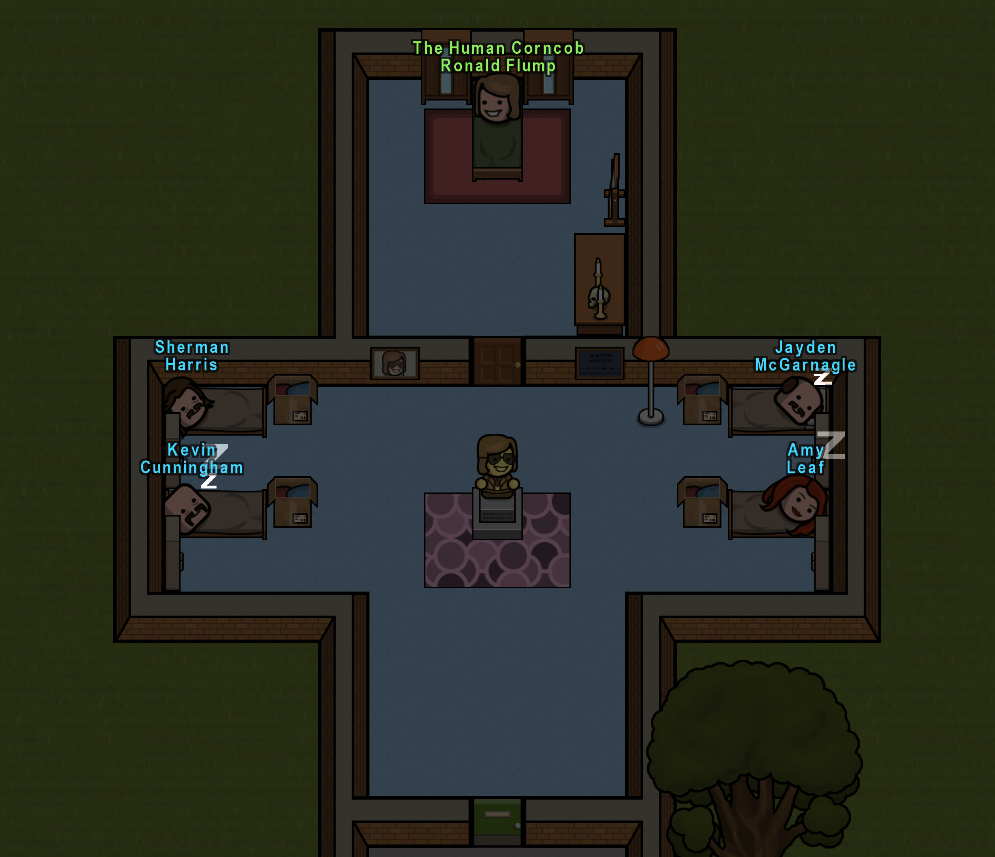 Free Time System
Cultists now have different free-time interests and will slowly get bored of certain types of free-time activities. This means that you'll need to think about a broad range of things to keep them happy. Not only will cultists get bored of individual activities (they won't want to play the same arcade game every day), but they also get bored of the type of activity, meaning you'll need a broad range of things to keep them interested over longer periods of time. 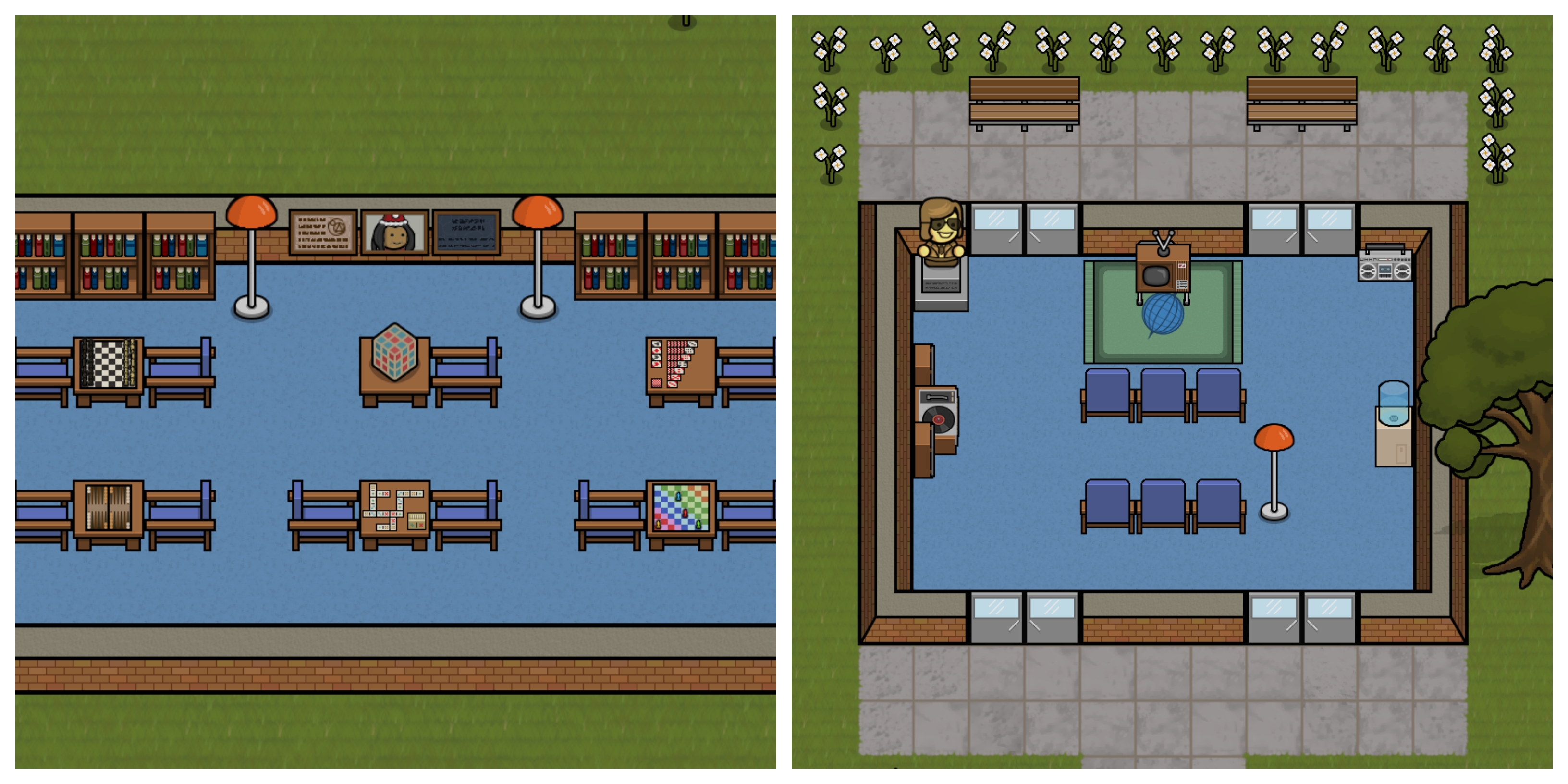 Room Specific items and items generally
New ratings for items have been added in, such as prestige, durability, and ratings to show how well certain items do their job (for example, different beds have different energy replenishment ratings).

We've added a tonne of items and also put in place a system to ensure that items need to be placed in the correct room type for them to function. For example, putting a cold-calling desk in the canteen isn't going to work.

Certain items require related items to start to function. For example, for a bed to become usable there also needs to be enough storage space for the cultist to store their belongings and a HypnoDisc requires it's own control panel etc etc

Beds can also now be assigned to certain cultists, so you can ensure the more valued members get the best beds whilst the disposable members sleep wherever they can. 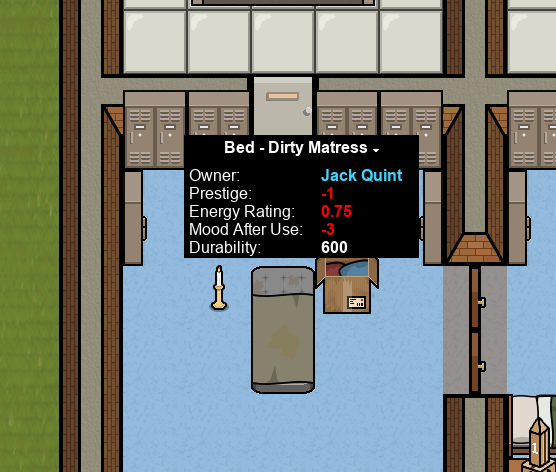 Further Content
Now we have the main game systems in good shape, additional content should be forthcoming at a faster rate. We haven't been very good at keeping you updated but part of that was to do with the fact that there was very little of interest to tell you! With that in mind, we should be increasing the amount/rate of the updates.

If you've got any questions then let us know.

Honey, I Joined a Cult has been optimised to run better on lower end PCs and a new game map has been added.

Major overhaul of the base building and cultist control systems.

Do you want to worship an espresso machine?

Honey, I Joined a Cult coming to Insomnia 63

Honey, I Joined a Cult will be available to play at Insomnia 63.

Indie
Twitter
Tags
Embed Buttons
Link to Honey, I Joined a Cult by selecting a button and using the embed code provided more...