Haymaker is a two player beat em up set in America in the golden 50's. Meet crazy and unique fighting champions like 'Lastermann' or 'Officer Johnson'. Grab a friend, or try your luck against the computer, and get into fight! Haymaker started as a project of five Game Design students at the HTW Berlin for our course of studies during one semester. After we recieved feedback, we decided to expand the whole game and serve our demanding audience to release a full playable version. So after an additional half year of polishing and adding new, exciting, characters and stages, we are very proud to release Haymaker for the PC!

Some great Wallpapers for you! Have fun and keep playing! 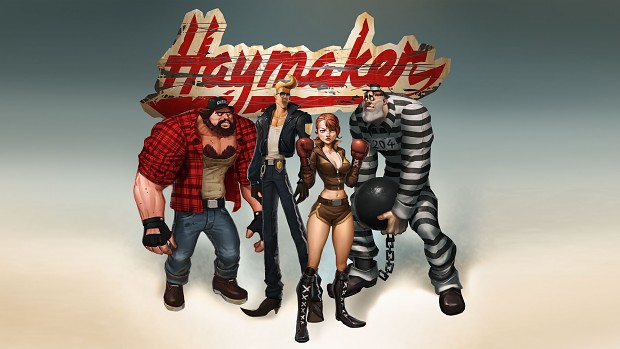