A fun scavenger hunt game I made for friends and family for Halloween 2013 in just a couple days. Uses heavily modified versions of Earthbound sprites as well as some from Zombies Ate My Neighbors! Just a fun short game with lots of collectables and monsters to outrun. Not too scary, but with plenty to explore.

The game has been updated three years later with the following:
-Toggable fullscreen
-A clearer, orange healthbar
-60 FPS
-Fixed a bug in the counter for the candy corn
-You can now hold tab to see how many items are in the area (town and forest are counted separately)
-Tons of landmarks have been added to the cemetary to make it harder to get lost in and keep it from getting repetetive and uninteresting

Three years ago I released a small game to my friends on social media sites. This game was called "Halloween 2013," or "Halloween Scavenger Hunt."

This year I decided to update and rerelease the game with some new features.

Halloween games were a tradition for me once upon a time, starting in 2008. I tried to get one made every year, even if it would be very unambitious. It started with an incredibly simple arcade-style score builder game about a guy running around a field with a shovel fighting pumpkin-headed monsters that I programmed in 4 hours. The Halloween Scavenger Hunt was the last game in the tradition, and because I had lumped on some additional ambition what should have been a 2 day project became 5 days, not releasing until November 1st. 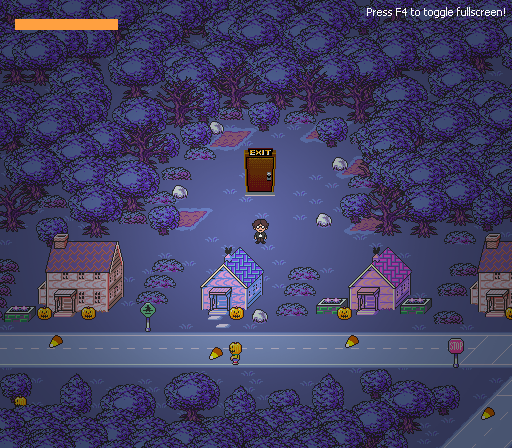 The idea had started as an attempt to make a collect-a-thon where the player must evade zombies in a grave yard. This would be a score-building arcade survival game that would go on until the player is inevitably caught. I ended up expanding the scenery and soon enough I was adding more monsters and items. It became obvious that the game was going to become a scavenger hunt, and it was clear to me what I wanted the finished product to be. 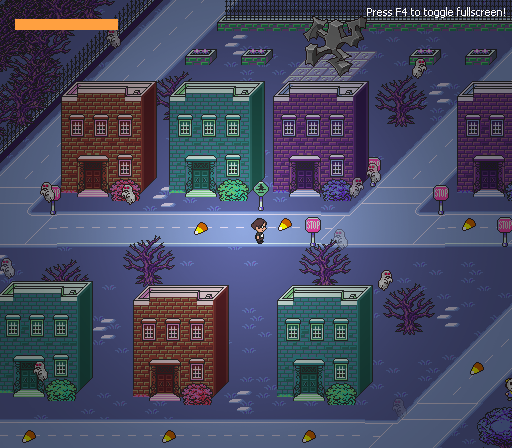 With graphics ripped from Earthbound, Mother, and Zombies Ate My Neighbors! I designed the game around darting around and evading enemies while collecting items. 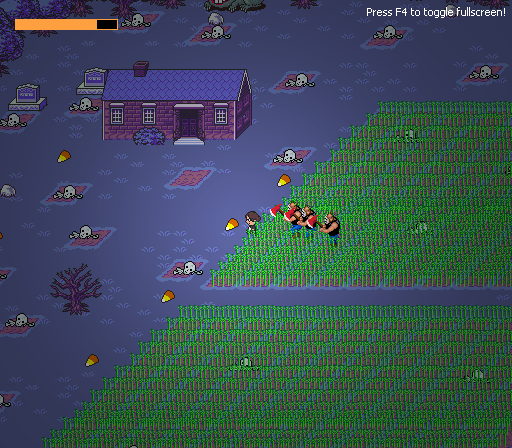 To this day I'm still really happy with how this game came out. Even with the borrowed graphics I feel like this is a game that expressed exactly the feel I wanted it to. It has exploration, interesting enemies, secrets, simple gameplay, and lots of variety. 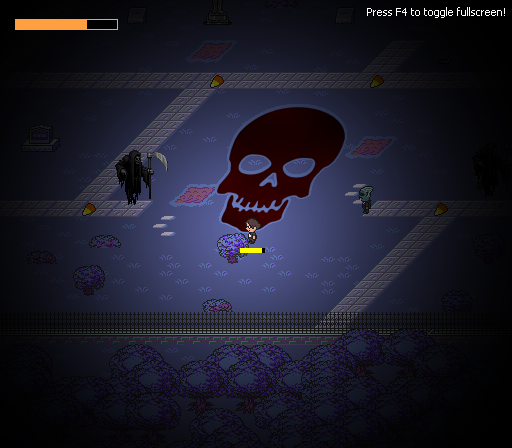 You can download the rerelease today for free, so don't hesitate! Enjoy a fun, open-world Halloween game in time for the last days of October!

This Halloween enjoy a free game designed by yours truly. This is the 2016 rerelease of a scavenger hunt game I had made for Halloween 2013. This version...