While the war rages to hold back a Goblin invasion, the King's Champion must embark on a desperate quest to save the kingdom.

"While the war rages to hold back a Goblin invasion, the King's Champion must embark on a desperate quest to save the kingdom." Goblin Harvest - The Mighty Quest is a procedurally-generated retro strategy/adventure/RPG/deck-building game. It's like playing a board game and a "choose your own adventure" at the same time, where the two parts of the game connect and intertwine in a variety of exciting and intriguing ways.

Ian Williams has been writing computer games since the 1980s. His first published games are so old they now come bundled with the Spectrum Vega! One of his games, The General, received a Crash Smash from Crash! magazine in 1990. This was a big deal back then.

Goblin Harvest - The Mighty Quest started life as a board game with the same strategy elements but a very simple quest mechanic. Ian decided to augment the quest section of the game by using text adventure mechanics he'd first developed for an online game called TrueHero and its PC sequel, TrueHero 2: The Northern Archipelago.

The underlying design aim is to give the player the feeling that he's/she's a small part of a larger conflict whose actions can turn the tide of events.

The game has taken over 2 years to develop, using a framework created using the Monkey X language.

The game will be available for PC and iPad. 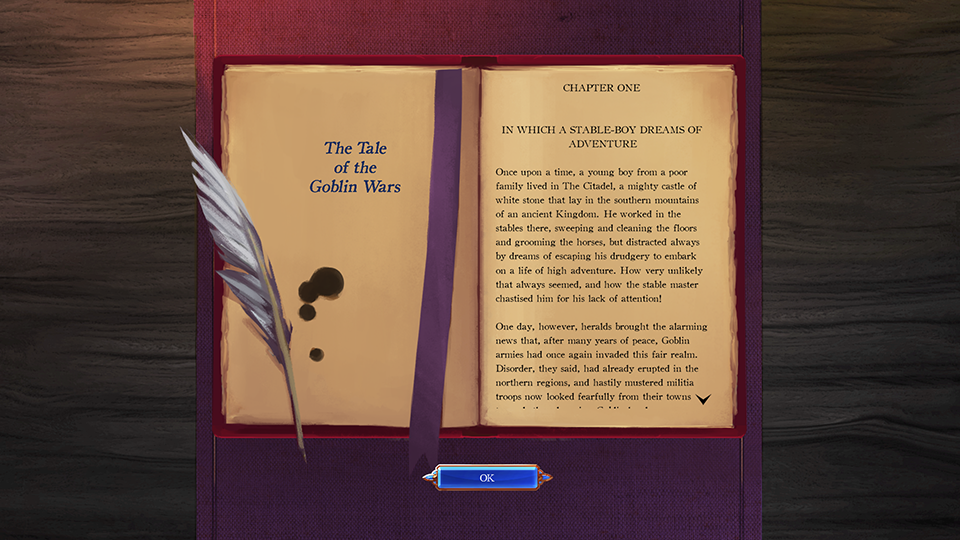 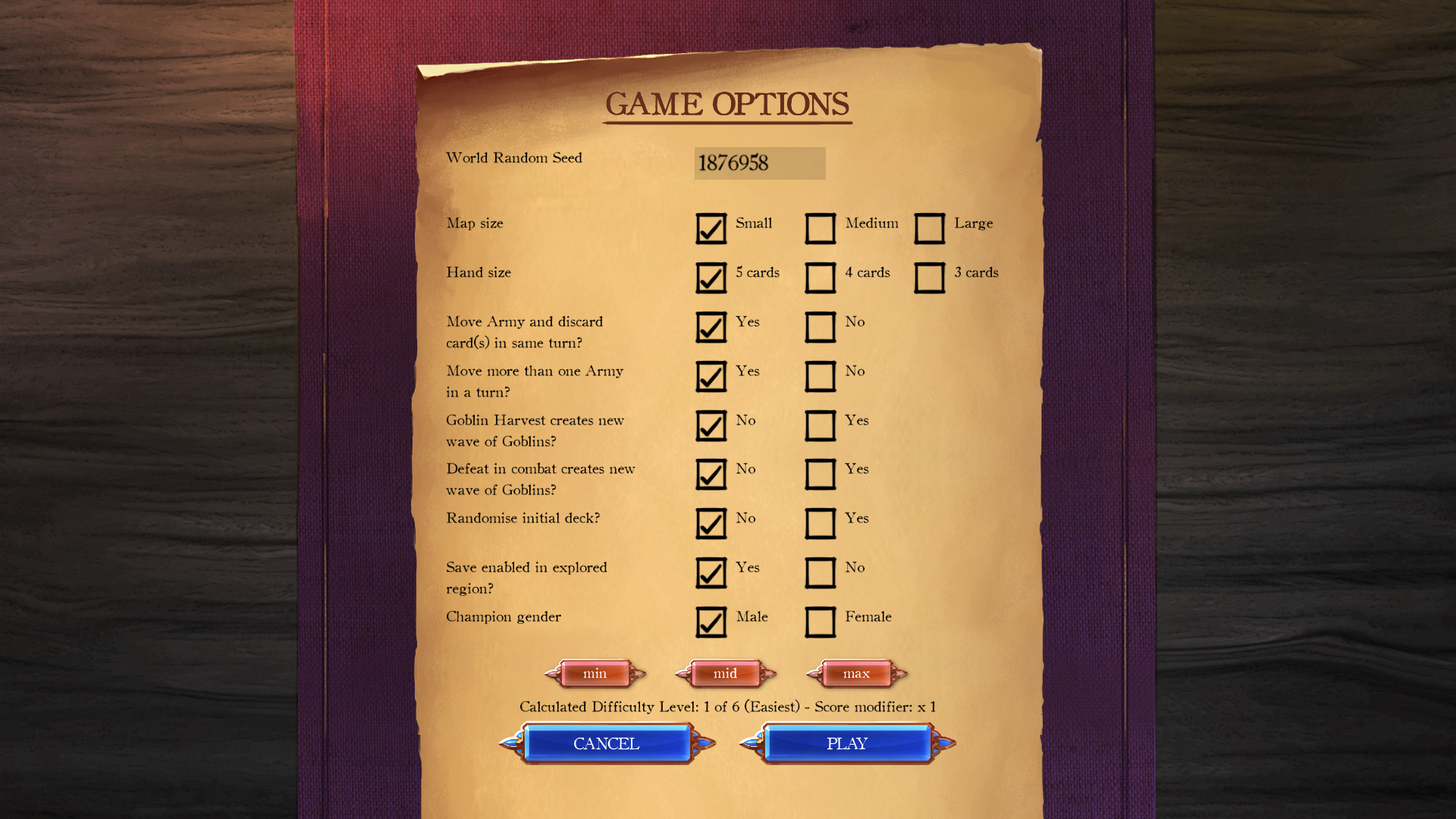 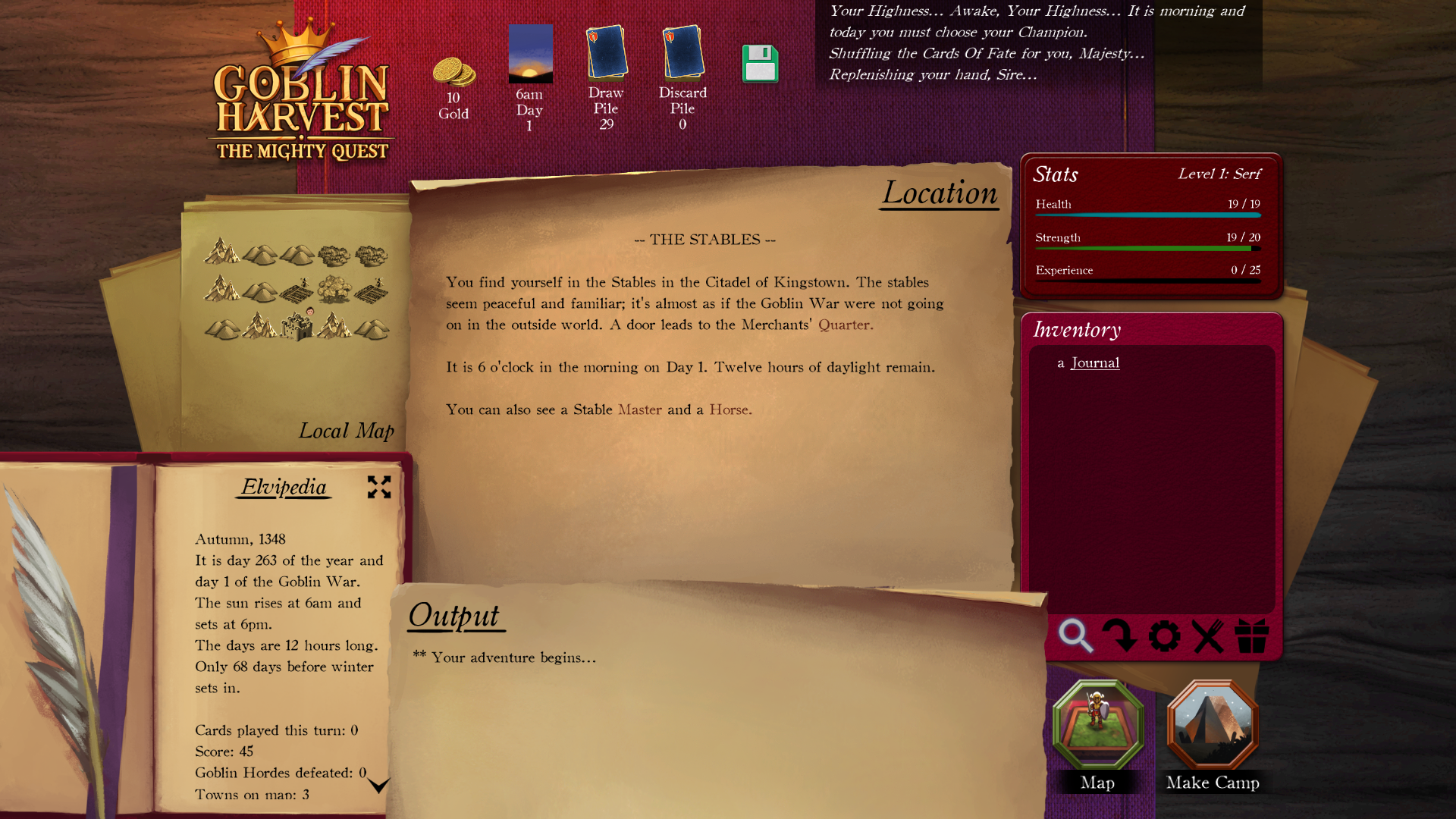 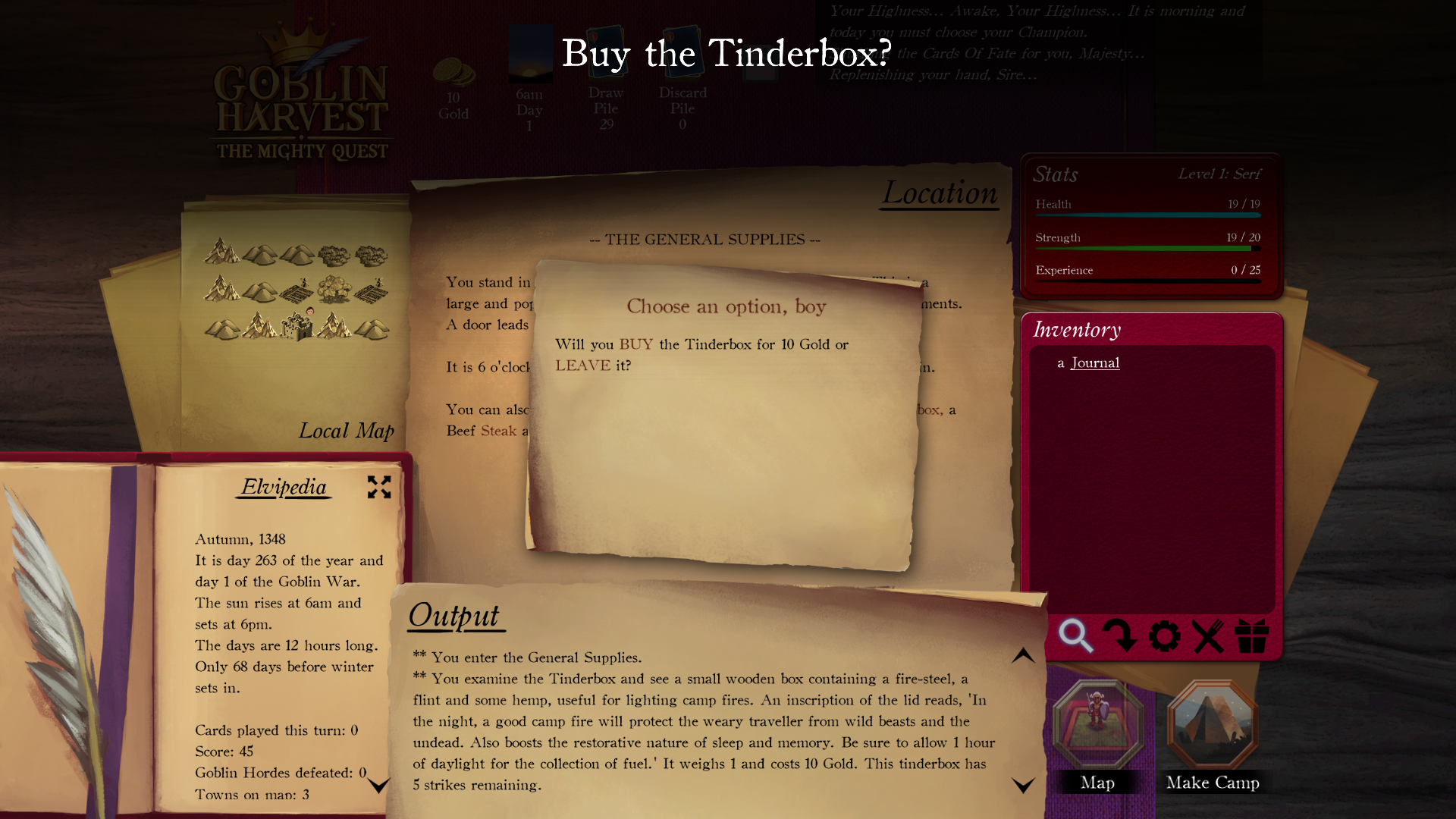 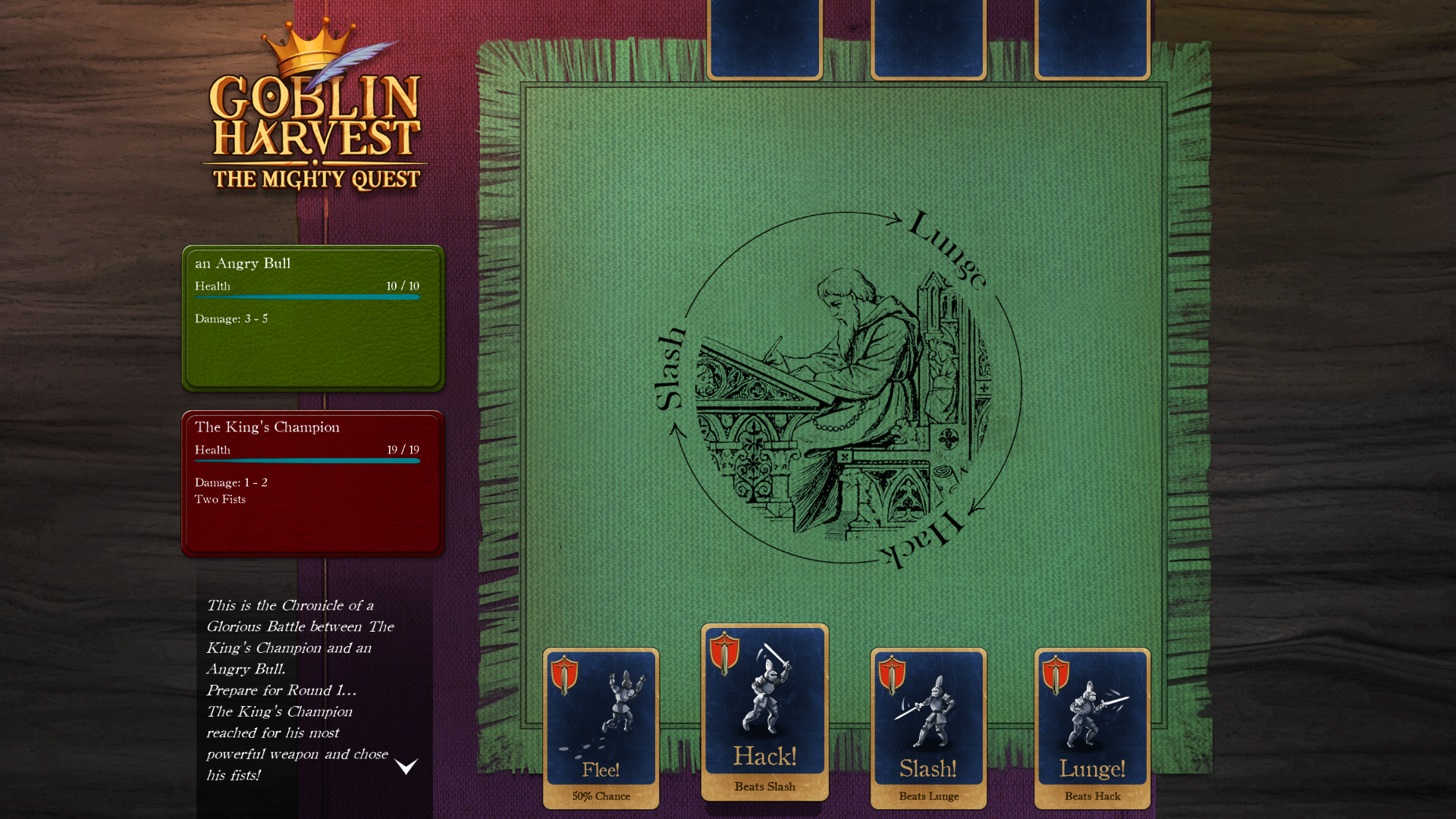 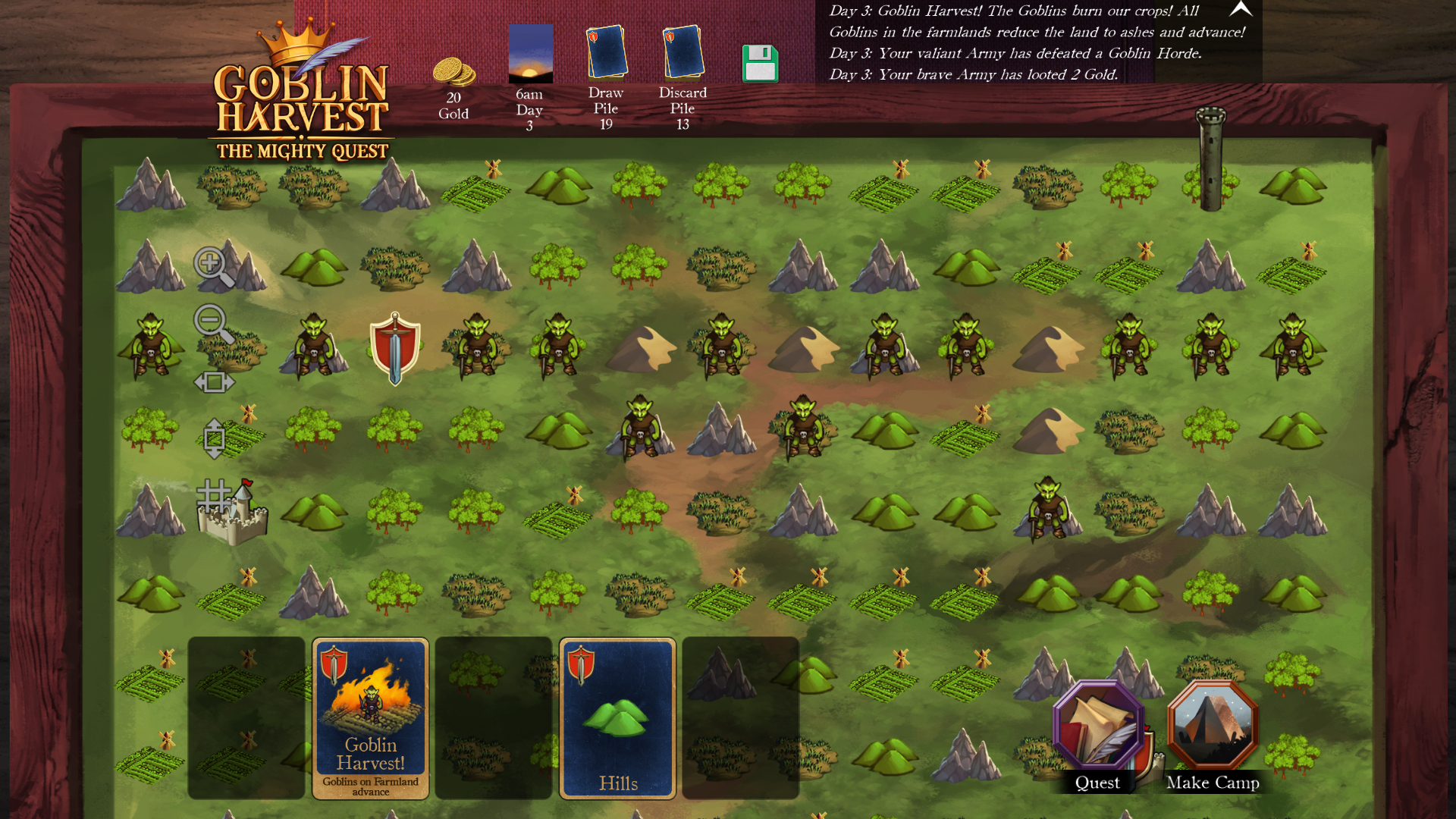 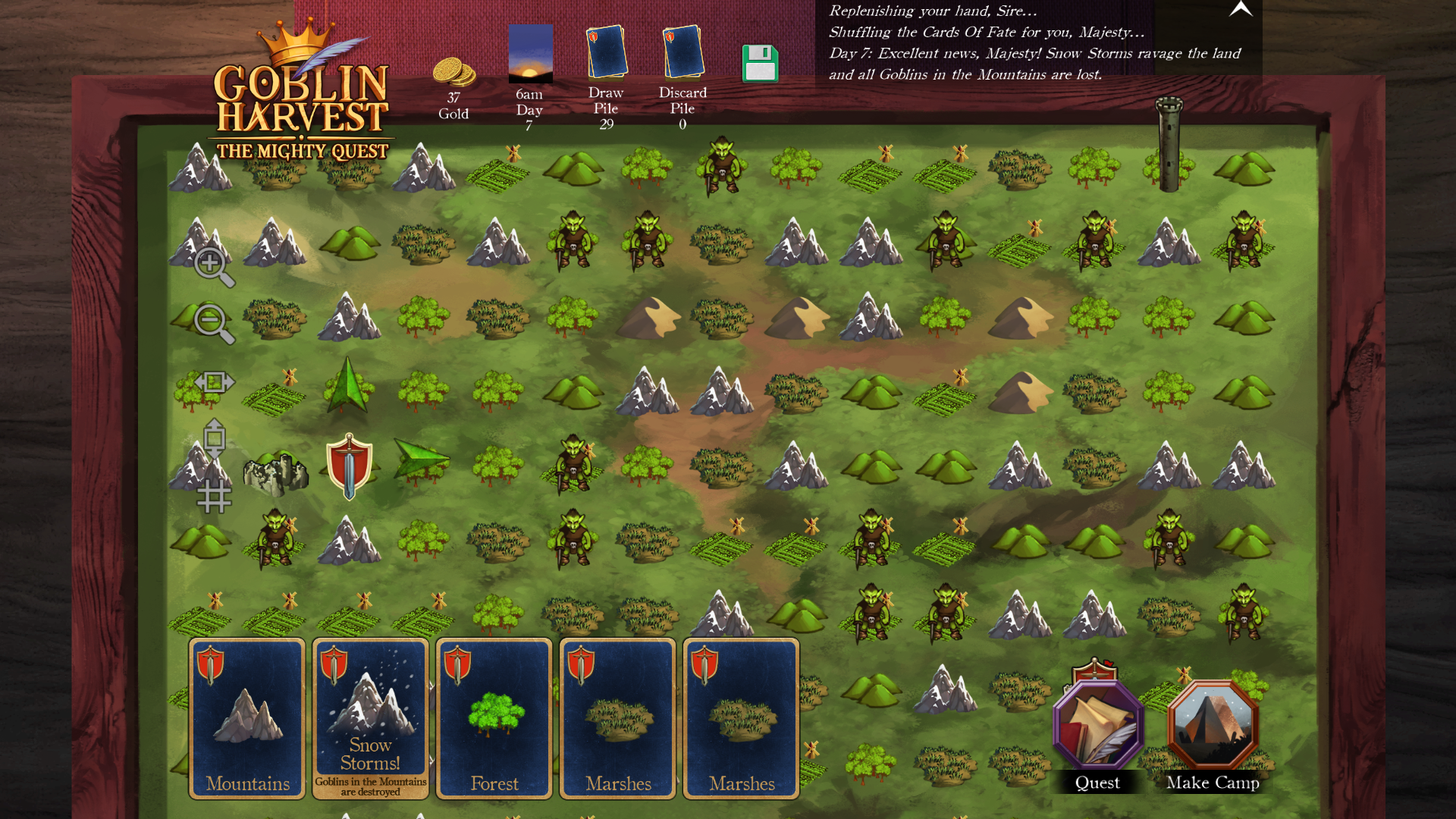 Subjunctive Software allows for the contents of Goblin Harvest - The Mighty Quest to be published through video broadcasting services for any commercial or non-commercial purposes. Monetization of videos created containing assets from Goblin Harvest - The Mighty Quest is legally & explicitly allowed by Subjunctive Software. This permission can be found in writing at https://www.indiedb.com/games/goblin-harvest-the-mighty-quest/presskit.

Boilerplate
Just me (Ian Williams) and an artist (Janette Ramos). We made Goblin Harvest - The Mighty Quest. I also wrote the internet tool Textise.