We know it's been a while since our last news update, and some recent press mentions mean that some of you are just discovering Flagship; many of you have had the same question.

Posted by UrbanLogicGames on Feb 3rd, 2015

We know it's been a while since our last news update, and some recent press mentions mean that some of you are just discovering Flagship; many of you have had the same question.

The answer is that we are still working on Flagship. Never stopped, actually!

That said, it's going to be a slightly different game to the one we pitched on Kickstarter. We're trimming everything back and concentrating on the core RTS mechanics. This means some of the things we'd previously said would be in the game are now less likely to make the initial release. There's no definitive list yet, but things such as fully-explorable ships and flyable fighters - both of which increase development scope by quite a lot but are ancillary to the core game - are probably on the cutting room floor for now. We know this will disappoint some of you, but please bear in mind we are working in our spare time with no budget (these things may still make it into the game at some point).

These areas will be our main focus in the coming months:

With this in mind, we hope to have some kind of pre-alpha release ready by the last quarter of 2015. At that point the game will either be released as an Early Access title, or we will launch a second crowdfunding effort and give backers instant access to the game that way. Or, something else entirely depending on the how the land lies when we get there. No promises at this point, but that's the plan.

Recent Press Mentions
We've had some mentions on Rock Paper Shotgun, Kotaku and XPGamers in their roundups of games to look out for in 2015. There are some really amazing games on these lists and we're very proud to be included among them.

Rock Paper Shotgun - PC Games Of 2015: Those Wot Could Conceivably Be Good
Rockpapershotgun.com

New Website Launch
We've reworked the Flagship website so that it's fully responsive and up to current web standards (such that they are). It should all look much better on mobile devices - those on desktop browsers probably won't notice much difference though. :P

Game Jams
We've also taken part in a couple of game jams. These are always short so don't divert us away from flagship development for too long, but it's a good way to break out and try new things. Some of the game mechanics developed for these jam games may well make it into Flagship someday. These games are free, so give them a try! 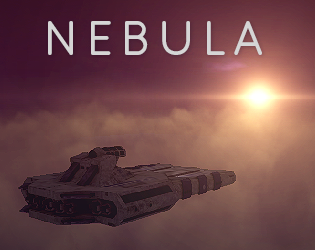 Nebula
Nebula was made in 72 hours for Ludum Dare 31. The game places you in command of a lone starship hiding in a nebula with 5 enemy ships. You have to find them using probes, which can scan over a short range (it should only take 3-4 of these to triangulate the ship's position). Once you think you know where a ship is lurking you can destroy it with torpedoes. This game wasn't finished, the biggest flaw being that there's no enemy AI, but it's still kind of fun to hunt down the enemy ships. We're planning to flesh this game out in the future, so please let us know what you think of it.

Drones
This was made for the 7DFPS jam, in which we had to create a first person shooter in 7 days. Inspired by the recent Zero-G combat that RSI demoed for Star Citizen, we decided to experiment with weightless combat mechanics. We managed to boil the controls down so you can actually play just using a mouse. The game is viewed from a thermal camera; you'll get hotter as you fire, which makes you easier to spot. It's multiplayer only at the moment, so if you want to play it you'll probably want to arrange a match with a friend.

That's all for now. We'll try to keep you updated every month or so, but don't be too concerned if updates aren't that frequent - we are still working very hard on this! Thanks again for all your support.

I'm glad you guys are still working on the game and I want to wish y'all good luck in making this game :)

I'm sure that once people begin playing this game interest will rather rapidly accumulate. Since the main focus is getting Flagship done I'm not too concerned with content being cut for now at least. After all I'm pretty sure that you all care about this game and will likely do what you can to bring that content back into it at a later date once you can feed yourselves.

Glad to hear that the game is coming along! I do hope we get to walk around ship interiors, though. That was one of the things I was most excited for.

excellent to hear this is still chugging along.

good luck, this was one of the games that made me say "why has this not been done before!"

So glad to see you are still going! Refocusing on core gameplay does not seem like a bad idea at all. This has made my day!

It would be awesome to get some development blogs, though I get it's not everyones cup of tea and really they just eat up potential development time.

Good luck with the game guys :)
The thing with the explorable interior hit me right into the heart, but I understand. I really hope that's something we will see in a later release then.
Cheers

Was diverted here from searching "Space Fleet Command games" on Google. I really like the concept and I wish you guys the best of luck!

Please continue developing this game. Me and my friends are looking forward to backing it .. But we do hope that you will allow MMO / multiplayer elements on the game. Best of luck!

Great news guys, I genuinely belive your game will appeal to a vast gaming population. Just look at Star Citizen! Can't wait to see your progress.

I saw this game through CaptainShack's Top 10 list. This looks very interesting and I'm excited to follow your development!

Great to see! I can't wait to see more from this title.

Were here to support you guys, keep up the hard work.

There's absolutely no way i won't be buying this game as soon as it get released!

This game is so cool I can't understand why kickstarter don't worked out. Maybe u need more promotion heard from many people that they don't even knew something about flagship before the kickstarter campaign ended.

Good to see you guys still on it.

Best of luck with the game.
I hope you guys will be aiming for something like the Sci fi serie The lost fleet as far as combat and being in the command seat.

When will be a new update on the news?