Faceless is a Greenlit Supernatural Mystery on the Unreal Engine 4 which sees players attempting to survive alone, or with up to three friends in Wakeland City to try and find Daniel North. Having followed his documents, the players must find Dolls in each location and deliver them to the Ritual Zones to set the trapped souls within free, thus completing Daniel's quest and bringing the survivors one step closer to learning his whereabouts. Upon burning all the Dolls, The wounded Soulrender will be forced to depart from the immediate area... But not until after it has frantically tried to stop you. 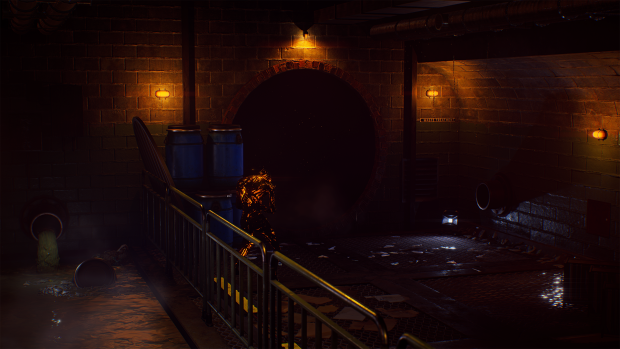 Our upcoming final update to the standalone version of The Sorrowvirus: A Faceless Short Story will include a variety of gameplay improvements/bug-fixes based on extremely important feedback from those of you who have experienced the sorrow for yourself. This update will also include a visual overhaul of certain areas of the Short Story, most notably, the sewer, as pictured; as well as the rest of Wyatt Heyll's (8-BitRyan) lines that we weren't able to add previously. At the moment we have no confirmed date to release this update, but we wanted to keep you all apprised!