Fabular: Once upon a Spacetime 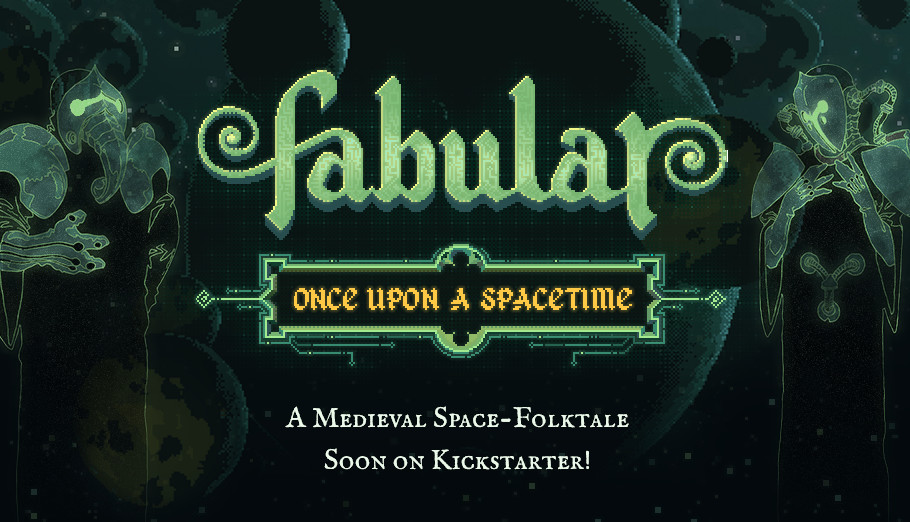 Fabular is a Medieval Space-Folktale indiegame with Action-RPG and Roguelike influences.

You explore an abstract, storybook-like universe as a young space knight in your trusty ship that functions as your armour, your warhorse and your mobile home as well. You need to manage your resources well, be skillful in combat and make the right choices during encounters. Only then will you be able to defeat the dreadful League of Black Knights who terrorize the realm as if they were a Seven-Headed Dragon.

We are 3 industry-veteran game developers with an average of 15 years of experience working for companies such as Digital Reality, Stormregion and NeoCore. This is our first game together under the Spiritus Games banner. We are based in Horsham, UK and Budapest, Hungary.

Greenlight Concepts is one of our first steps to show the concept of Fabular to a wider audience. We've been making this game for more than 2 years now (mainly in our free time), and from last year we've switched into full time development. We are a passionate and very small indie team and would like to make something memorable, with everything we've got.

We've invested months of endless nights to build up a deep universe for the game - which is a bit insane given our small indie stature - but we love doing insane stuff if that makes our game more meaningful. We focus on artistic intent, world building and quality in visuals, because that's what we like to do and that's what we do best.

We hope that you will enjoy 'living' in the world of Fabular as much as we enjoy creating it!

Fabular has been announced to the press with a gameplay teaser

Big day today, as Fabular: Once upon a Spacetime has been officially announced to the press all over the world. We are eagerly waiting what the journalists and the broader audience has to say about the game.

While we wait, let’s celebrate the announcement, as we’ve put together a small teaser video for you to whet your appetite. We've also updated the art assets above to better represent the current state of the development. We hope you like the new stuff and we look forwards to your comments.

Indie
Twitter
Tags
Embed Buttons
Link to Fabular: Once upon a Spacetime by selecting a button and using the embed code provided more...