RSS Get To The Turrets!

This week we're releasing a content update that adds 2 new missions as well as other various improvements.

We've finally released two new missions to Ensign-1! Mission-4 the corridor crawling descent inspired level as well as Mission-5 with the ice crystals. This is Ensign-1's first content update, bringing us to v0.200. 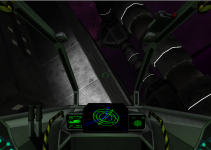 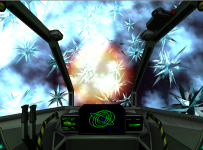 In addition, previous missions have been improved with new scripted events, such as enemies decloaking mid-battle and areas where you'll need to shoot fighters down with turrets. Words don't really do it justice so here check out this video!

The AI has been improved to make battles much more interesting. Personally I was finding that once I discovered how easy things were as long as you kept moving, I was getting pretty bored. I've now fixed that by having the AI lead a target based on how long you've been traveling in a single direction. What that means is that you'll have to be constantly weaving and changing direction to keep enemies off your tail.
In addition they now have more interesting flying behaviors and will take measures to avoid laser fire such as pulling up and doing barrel rolls.
This also means I've had to add in some more difficulty settings for players who thought the game was too challenging before. Now, on the hardest setting I can't even beat my own game, so I'm curious if other people will be able to ;)

You'll now also have a new weapon to use in FPS: The chaingun. Rustybolts did a great job designing it, and it's currently our most powerful FPS weapon. Shoots fast, feels heavy. I like it. 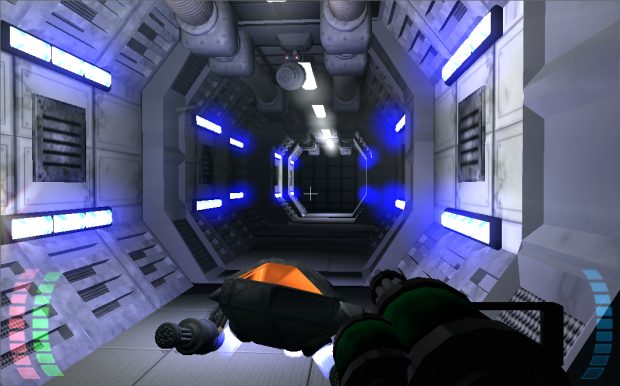 Aurel_Tristan has touched up the cockpit a bit adding in a very cool glass effect which goes far to make the player feel like they're really inside a small ship. 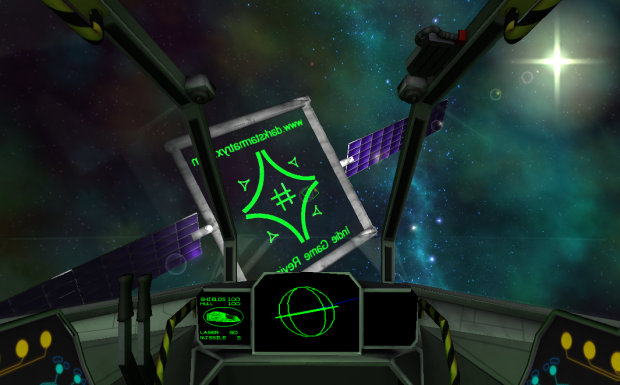 We're looking to be bringing more story elements into the game, with possible dialog options and chatter between the characters (speech recognition anyone?). To that end Rusty has made a drawing of Keira Wakeman which will show up as an animated profile when she's talking. 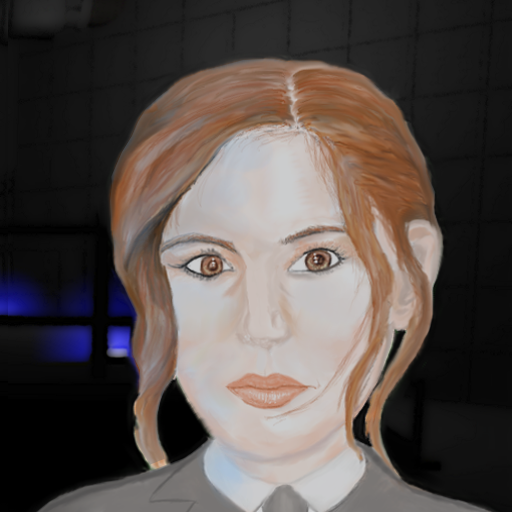 Next week I'm hoping to bring some ship logs into the game. I haven't mentioned it, but Keira's voice actress Ariachiba is also a talented writer and so we'll be allowing the player to read up on some of the story through in-game computer terminals.

I'm also hoping to revisit the sound effects in the game, and maybe also add in some multithreading? Who knows, we shall see! Till next time!

Hm. The Keira drawing is interesting. It looks pretty good, but some parts like the left side of the face where the cheek and the hair meet look a little flat. He shoulders also seems a little small compared to her head

To be honest, I don't really think the drawing of Kiera is all that. I know, it's 'just' concept... New content improvements are looking good, though!

This is more what i had in mind for the use of that image Media.indiedb.com

Oh we'd probably have to put it up and to the right or left of the screen, so as to not block the radar.

I was kind of thinking like how it's handled in AC6

Has the Desura client been updated with the latest patch? I just re-installed and it looks like I'm playing with the same version from the first week of release one.

Just thought I would ask because some developers were updating their games outside of Desura and prodiving patches for Desura versions way after the fact.

We're Desura exclusive, this sounds like a problem for Desura support.

[i]onionman 11hours 28mins ago replied:
We're Desura exclusive, this sounds like a problem for Desura support.

Yup, that's the version that I have currently.

Should point out that during some loads the space station that you're attacking in the first level doesn't load at all.

Not sure if you will be implimenting an area scanning screen (or have already) which can be used to select from a list of all objects in the immediate galaxy to provide a HUD waypoint marker to follow.