Available only in virtual reality on Oculus Rift, Dragon Front is an immersive collectible card game battler running at 90 frames per second with a full 360-degree stereoscopic view. Construct your deck and challenge online opponents. The entire 4x4 grid battlefield is alive with mobile squads, rampaging giants, intimidating war machines, soaring projectiles, and fire-breathing bombing runs. Mobilize atop your stronghold and launch your forces across the frontlines - history is about to won!

Oculus has announced the development of a new digital trading card game called Dragon Front. Created by High Voltage and produced by Oculus Studios exclusively for the Rift, Dragon Front brings Hearthstone-like card battles to virtual reality. Players view the board from a bird's eye perspective, summoning units on a grid and directing attacks in an attempt to defeat their opponent.

The announcement mentions the game's "traditional high fantasy" mixed with "dieselpunk" art style, which puts it somewhere in the realm of steampunk, only with more guns and glowing magic. The game also features a "champion system", whereby you can summon a legendary unit (distinguished from the usual, weaker minions) to participate in the battle. 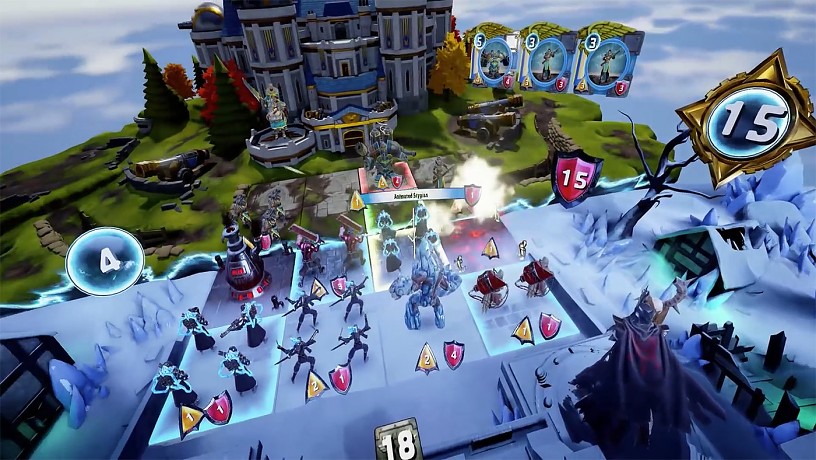 Oculus claims there will be over 280 characters, 80 encampments - we're not sure exactly what an encampment is - and over 100 spells. So when will you be able to make the jump from Hearthstone or Magic: The Gathering into virtual reality card battling? There's no more specific date than the second quarter of this year. 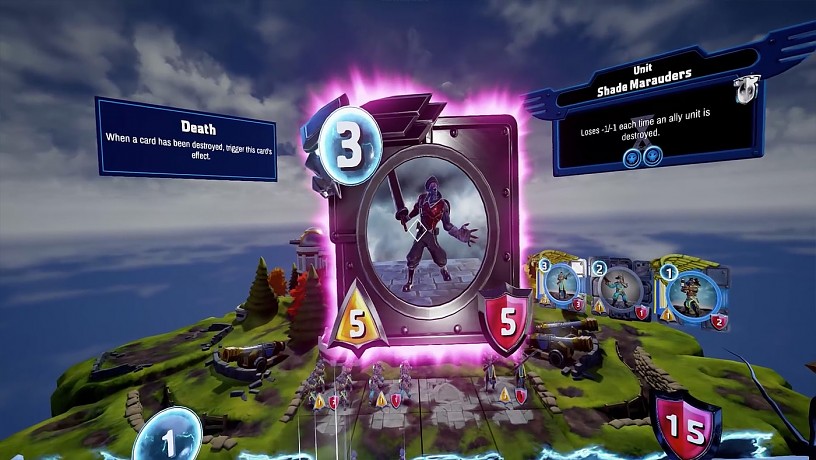